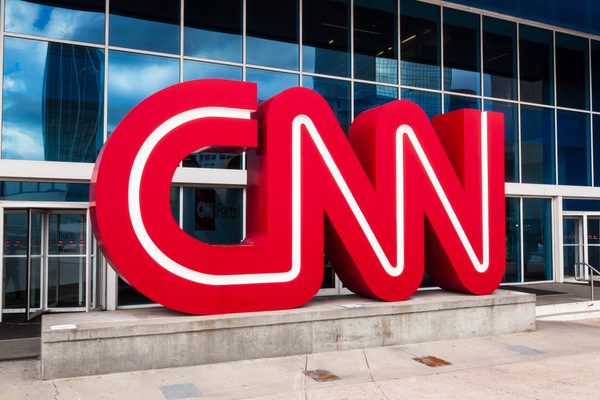 In an Oct. 18, 2019, letter to CNN’s Jeff Zucker, nine GOP congressmen expressed their objections to what they viewed as CNN’s censorship of a Trump campaign ad. In relevant part, their letter states:

As your news organization seems to have lost all sense of objectivity, spinning itself into oblivion to support left-leaning candidates and participating in distortions against conservative candidates, you have still operated within the boundaries of the First Amendment. . . . Your decision, however, to disallow advertising from the sitting President of the United States, a man duly elected to that post despite your best efforts, is a step that falls beyond your First Amendment protections, and one that we believe is in violation of the law and the Constitution.

In support of this suggested violation of the First Amendment, the nine GOP lawmakers who signed the letter quoted from the Supreme Court’s opinion in Buckley v. Valeo (1976) (quoted in full below, emphasis in original):

Discussion of public issues and debate on the qualifications of candidates are integral to the operation of the system of government established by our Constitution. The First Amendment affords the broadest protection to such political expression in order “to assure [the] unfettered interchange of ideas for the bringing about of political and social changes desired by the people.” [Roth v. United States (1957).]

Your decision to reject political ads by President Trump, while still running adds for Democrat candidates, violates the Buckley principles laid out by the Supreme Court. . . . Being personally offended is truly a poor reason to deny a candidate for public office the right to be heard, running contrary to both the intent of the Buckley decision and the self-proclaimed First Amendment values of your network. We urge you to correct this flagrant violation with all due haste and allow the paid Trump Campaign advertisements to return to your airwaves immediately. We await your response.

The letter was signed by:

Rachel Maddow, represented by Ted Boutrous of Gibson, Dunn & Crutcher, is asking a judge for the United States District Court for the Southern District of California to dismiss a $10 million defamation suit filed against her by One America News Network (OAN).

Last month, the parent company of OAN, Herring Networks, sued Maddow, MSNBC, NBCUniversal Media, and Comcast over a comment she made about OAN in July. During one of her nightly shows, Maddow cited a Daily Beast article that said that OAN employs a U.S. politics reporter who is also a paid contributor to Sputnik, a state-financed propaganda arm of the Russian government.

“In this case, the most obsequiously pro-Trump right-wing news outlet in America really literally is paid Russian propaganda,” she said on the show. “Their on-air U.S. politics reporter is paid by the Russian government to produce propaganda for that government.”

In the motion, Boutrous wrote that not only did OAN not contest the facts in The Daily Beast post, the network’s own complaint states that its politics reporter, Kristian Rouz, wrote for Sputnik for more than four years and was paid about $11,500 per year. The complaint also states “Sputnik News is affiliated with the Russian government.”

“When viewed in context—as they must be—Ms. Maddow’s words make clear that, when she called this arrangement ‘paid Russian propaganda,’ she was expressing her opinion and astonishment that OAN has a paid staffer who also works for a Russian organization known for distributing pro-Kremlin propaganda,” Boutrous wrote.

California is one of 29 states with an Anti-SLAPP law, which are put in place to discourage people from filing meritless libel or slander suits by making the plaintiff pay the attorney’s fees if they lose the case.

The motion for dismissal is scheduled to be in front of Judge Cynthia Bashant on December 16, 2019.

The case is Doe 1 v. Federal Election Commission. Recently, the Court issued the following order in the case: “The motion for leave to file a petition for a writ of certiorari under seal with redacted copies for the public record is granted.”

→ In the majority opinion by the Court of Appeals for the District of Columbia, Judge Raymond Randolph stated:

This is an appeal from the decision of the district court reftising to enjoin the Federal Election Commission from releasing information identifying a trust and its trustee in connection with a misreported federal campaign contribution. Doe v. FEC, 302 F. Supp. 3d 160 (D.D.C. 2018). Plaintiffs — the trust and its trustee — appear incognita as John Doe 2 and John Doe 1. They claim that the Commission’s release of documents identifying them would violate the First Amendment to the Constitution, the Federal Election Campaign Act (FECA), and the Freedom of Information Act (FOLk). Plaintiffs and the Commission have filed some of the documents bearing on this case under seal.

.  . . . Plaintiffs claim that the First Amendment to the Constitution barred the Commission from publicly identifying them. We agree with the district court that Citizens United v. FEC, 558 U.S. 310 (2010), forecloses their argument.

The majority also rejected the plaintiffs’ arguments raised under the Freedom of Information Act and likewise rejected their claim that the FEC had no statutory authority to disclose any documents identifying them.

→ Judge Karen Lecraft Henderson concurred in part and dissented in part re the FEC’s statutory authority.

The Case is Buchanan v. Alexander. The issues raised in the case are:

1. Whether the Fifth Circuit erred by foreclosing Petitioner’s ability to challenge the constitutional validity of a public university’s speech regulation under which she was terminated from her tenured professor position?

2. Whether the Fifth Circuit erred by allowing enforcement of a public university’s sexual harassment policies that regulate speech using overly broad and vague terms, contrary to holdings of the Third, Fourth, and Ninth Circuits?

This from Greg Lukianoff over at FIRE:

→ Read the full text of the article or watch the video.

From celebrated public intellectual and New York Times bestselling author, Stanley Fish, comes an urgent and sharply observed look at one of the most hotly debated issues of our time: freedom of speech. 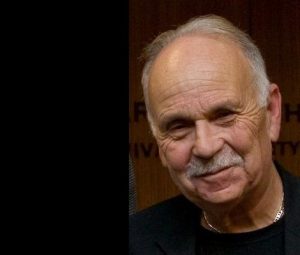 Professor Stanley Fish
How does the First Amendment really work? Is it a principle or a value? What is hate speech and should it always be banned? Are we free to declare our religious beliefs in the public square? What role, if any, should companies like Facebook play in policing the exchange of thoughts, ideas, and opinions?

With clarity and power, Stanley Fish, “America’s most famous professor” (BookPage), explores these complex questions in The First. From the rise of fake news, to the role of tech companies in monitoring content (including the President’s tweets), to Colin Kaepernick’s kneeling protest, First Amendment controversies continue to dominate the news cycle. Across America, college campus administrators are being forced to balance free speech against demands for safe spaces and trigger warnings.

Ultimately, Fish argues, freedom of speech is a double-edged concept; it frees us from constraints, but it also frees us to say and do terrible things. Urgent and controversial, The First is sure to ruffle feathers, spark dialogue, and shine new light on one of America’s most cherished—and debated—constitutional rights.

Throughout his career, Alfred Hitchcock had to deal with a wide variety of censors attuned to the slightest suggestion of sexual innuendo, undue violence, toilet humor, religious disrespect, and all forms of indecency, real or imagined. From 1934 to 1968, the Motion Picture Production Code Office controlled the content and final cut on all films made and distributed in the United States. Code officials protected sensitive ears from standard four-letter words, as well as a few five-letter words like tramp and six-letter words like cripes. They also scrubbed “excessively lustful” kissing from the screen and ensured that no criminal went unpunished. 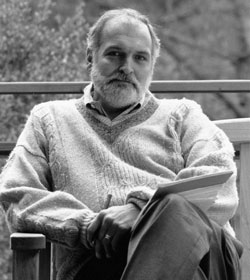 John Billheimer
During their review of Hitchcock’s films, the censors demanded an average of 22.5 changes, ranging from the mundane to the mind-boggling, on each of his American films. Code reviewers dictated the ending of Rebecca (1940), absolved Cary Grant of guilt in Suspicion (1941), edited Cole Porter’s lyrics in Stage Fright (1950), decided which shades should be drawn in Rear Window (1954), and shortened the shower scene in Psycho (1960).

In Hitchcock and the Censors, author John Billheimer traces the forces that led to the Production Code and describes Hitchcock’s interactions with code officials on a film-by-film basis as he fought to protect his creations, bargaining with code reviewers and sidestepping censorship to produce a lifetime of memorable films. Despite the often-arbitrary decisions of the code board, Hitchcock still managed to push the boundaries of sex and violence permitted in films by charming―and occasionally tricking―the censors and by swapping off bits ofdialogue, plot points, and individual shots (some of which had been deliberately inserted as trading chips) to protect cherished scenes and images. By examining Hitchcock’s priorities in dealing with the censors, this work highlights the director’s theories of suspense as well as his magician-like touch when negotiating with code officials.

Pamela C. Marsh
This from the Tallahassee Democrat:

Marsh, who served as U.S. attorney from 2010 to 2015 in the Northern District of Florida, will replace longtime foundation President Barbara Petersen.

Marsh is an attorney at the Tallahassee firm Ausley McMullen. She said in a prepared statement Friday that she is “honored and excited” to join the foundation.

The Center for Investigative Reporting (CIR) is looking for a full-time First Amendment Fellow to join our legal department.  This one-year paid position will allow the fellow the chance to work closely, as an associate, with in-house counsel.

Responsibilities will include working alongside CIR’s General Counsel to assist with:

The ideal candidate will have:

This position is full time, based in Emeryville, CA, and offers competitive wages and benefits. Admission to the California bar by January 2021 is required.  Preference will be given to students with public interest funding. The fellowship is designed to be both a learning and work experience for a new lawyer excited about media law and the First Amendment.  Please note that the position is not budgeted to lead to employment after one year.

To apply, please email your resume, cover letter, and one letter of recommendation to rbrooke@revealnews.org by November 30, 2019.

Latest So to Speak Podcast on Hayden C. Covington

He brought 45 First Amendment cases to the United States Supreme Court between 1939 and 1955. His success rate before the court was second only to future Supreme Court Justice Thurgood Marshall. He handled as many as 50 major cases a year and is responsible for much of the First Amendment doctrine we take for granted today. Who was this man — and why have most free speech scholars and activists never heard of him?

On today’s episode we discuss the life and legacy of Hayden C. Covington, who for many years was legal counsel for the Jehovah’s Witnesses. We are joined by distinguished First Amendment scholar and recurring So to Speak guest Ronald K.L. Collins. Collins is the author of the Florida International University Law Review article “Thoughts on Hayden C. Covington and the Paucity of Litigation Scholarship.” 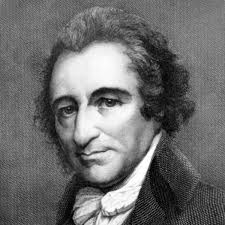 In this episode, we will discuss: 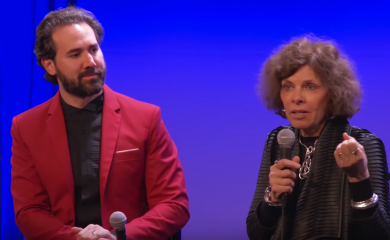