FIRE > First Amendment News > FAN 253.1: Floyd Abrams: ‘It’s a new day in the history of the speech and press clauses.’ 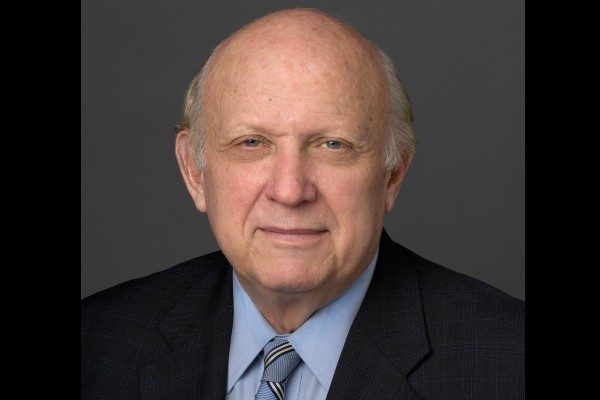 In FAN 247, I profiled Wendell Bird’s “The Revolution in Freedoms of Press and Speech: From Blackstone to the First Amendment and Fox’s Libel Act” (Oxford University Press, 2020) (cloth: $99.00, pp. 408 pages). Given the thesis and impressive scholarship of that work, I invited Floyd Abrams to review Mr. Bird’s book since, among other things, Mr. Abrams served as co-counsel to the The New York Times in the Pentagon Papers case. What follows is Mr. Abrams’ review.

When Justice William Brennan authored New York Times Co. v. Sullivan (1964), he had something of a drafting issue. It was one thing to conclude that freedom of speech and press were rooted in “a profound national commitment to the principle that debate on public issues should be uninhibited, robust, and wide-open, and that it may well include vehement, caustic, and sometimes unpleasantly sharp attacks on government and public officials.” It was another thing to demonstrate that the framers understood that “national commitment” to be embodied in the First Amendment. 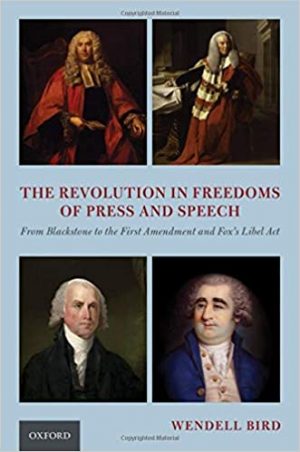 The problem was that Sir William Blackstone, whose much-cited “Commentaries on the Laws of England” (1769) was read by the framers of the Constitution, offered a far more constricted view. As Blackstone put it, “liberty of the press . . . consists in laying no previous restraints upon publications, and not in freedom from censure for criminal matter when published.”

More problematic still, the leading American scholarly text on the intentions of the framers was “Legacy of Suppression: Freedom of Speech and Press in Early American History” (1960), a much praised study by Leonard W. Levy. In it, Levy concluded that the First Amendment was rooted in that Blackstonian position and that “not until 1798 did any Americans” argue to the contrary. Though Levy revised his view somewhat in his “Emergence of a Free Press” (1985) as to the prevailing practices and non-judicial views on free speech and press, he nonetheless held to his Blackstonian thesis.

Justice Brennan’s Sullivan opinion duly cited Levy’s “Legacy of Suppression” position and ultimately concluded that “the verdict of history” was that the Sedition Act of 1798, which criminalized statements found to be false about the President and certain other public officials, was inconsistent with the First Amendment. Now, Levy’s “Legacy” has come under historical scrutiny, and the result may well reshape our understanding of the First Amendment’s speech and press clauses.

Wendell Bird is a historian whose previous book dealt with the Sedition Act. Building on that work, Bird now offers a detailed critique of both Blackstone’s writings and Levy’s much-cited book. His “The Revolution in Freedoms of Press and Speech: From Blackstone to the First Amendment and Fox’s Libel Act” (Oxford University Press, 2020) is a nuanced yet brave book — Ralph Waldo Emerson’s much-repeated admonition that “when you strike at a king, you must kill him” comes to mind. Bird’s impressive and heavily-researched book is one deserving of serious consideration by anyone interested in what the framers actually had in mind.

In his meticulous accounts of the historical record, Bird (a lawyer and visiting scholar at Emory Law School) convincingly argues that Blackstone’s definition of what English law had historically protected was far too narrow and had not been widely accepted in that country. Moreover, Bird’s assault on Levy’s scholarship powerfully maintains that his British sources were “a shockingly small number of books and pamphlets, with an even more shocking absence of any British newspapers” and that his American sources, similarly, were “a small portion of writings on freedoms of press and speech.”

University of Texas law professor David A. Anderson hails Bird’s book as “a definitive account of the meaning of free press and free speech leading up to the framing of the First Amendment.” It is in just that account that Bird forcefully argues that “[m]any of these new rights, particularly those ending up in the First Amendment, were revolutionary reversals of English common law concepts of those rights . . . . The English common law on all of these important rights,” he adds, “was rejected by state declarations of rights, and by the Federal Bill of Rights.” Thus understood, these new rights constituted a “major step” in providing “broader security in fundamental law – something that the First Amendment and state law did and Great Britain did not . . . .”

In these days of originalist concerns, the argument that Bird offers demands the attention of judges so that it may find a place in our free expression jurisprudence. It serves as a formidable counterpoint to the Levy thesis that has survived in countless judicial opinions and scholarly articles. For example, in  2012 Judge Richard Posner noted that as understood in the 18th century the First Amendment “meant only freedom from censorship (that is, suppressing speech, rather than just punishing the speaker after the fact).” ACLU v. Alvarez (7th Cir.) (Posner, J. dissenting). And as recently as his April 20thconcurring opinion in Ramos v Louisiana, Justice Clarence Thomas quoted from an earlier ruling referring to Blackstone as “the preeminent authority on English law for the founding generation.”

What to make and not make of Blackstone’s views continues to matter greatly in the development of American law. Wendell Bird has done us all a great service in addressing just that issue.