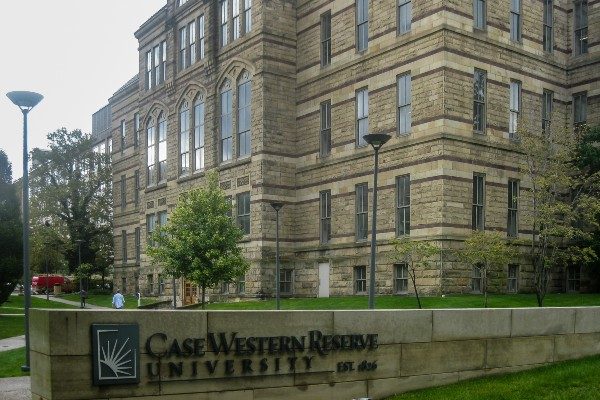 On Apr. 25, the Undergraduate Student Government at Case Western Reserve University, a private university in Cleveland, voted to recognize a chapter of Students for Life as a student organization on campus.

But that wasn’t the end of the recognition process for this student group.

Later that day, several Case Western students and student organizations announced that they were circulating a petition to initiate a referendum to overturn the student government’s decision.

Students for Life is a national organization whose mission is “to recruit, train, and mobilize the pro-life generation to abolish abortion.” The organization has student chapters on college and university campuses across the country.

As FIRE has repeatedly explained, public institutions, which are bound by the First Amendment, and private institutions that promise their students expressive rights cannot deny official recognition to student organizations based on viewpoint.

Proponents of the petition argue that Students for Life should not be permitted to operate as a recognized student organization because it’s “coercive to present morally-founded opinions to a person making life-impacting medical decisions,” and “funds allocated from the student body . . . should not go toward a branch of a national organization whose mission involves reducing access to healthcare by means of guilting, shaming, and terrorizing vulnerable individuals.” The petition itself emphasizes that Students for Life should not be able to operate on Case Western’s campus because critics see it as “harmful” to students and believe the student government’s decision to recognize the group amounts to implicit support of its mission.

Over 600 students signed the petition, surpassing the 10% threshold. On May 4, the referendum was circulated to the entire undergraduate student body for a vote. The results of the referendum are not yet available.

As FIRE has repeatedly explained, public institutions, which are bound by the First Amendment, and private institutions that promise their students expressive rights cannot deny official recognition to student organizations based on viewpoint. The student government here satisfied this obligation, but the use of the referendum procedure — which contains no protections against viewpoint discrimination — to repeal a group’s recognition because of disagreement with its views is inconsistent with Case Western’s promises to its students.

While private, Case Western makes laudable commitments to the freedoms protected by the First Amendment in its Policy on Freedom of Expression and Expressive Activities:

[Case Western] is committed to the freedom of speech, thought, expression, and assembly, and guarantees all members of the CWRU community the fullest possible right to hold and express opinions, to speak and write, to listen, challenge, inquire and learn. . . . the ideas of different members of the University community may conflict. Yet it is not the proper role of the University to exclude or suppress those ideas some may find unwelcome, disagreeable, or even offensive.

Having made these promises, Case Western is morally and contractually obligated to uphold them.

Case Western’s referendum procedure is incompatible with its promises because there is no way to ensure the viewpoint-neutrality of a popular vote on whether or not to recognize a student organization. It allows the student body to exercise unbridled discretion to defund student organizations that maintain viewpoints some find offensive or disagreeable. First Amendment jurisprudence, which informs students’ reasonable expectations of the promises Case Western makes, forbids colleges and universities from subjecting the allocation of student activity fees to referendums. Further, it’s clear from the public statement and petition in this instance that the initiation of the referendums to derecognize Students for Life is purely viewpoint-motivated.

FIRE awaits the results of the referendum vote. But even if it does not pass and the student government’s (correct) decision to recognize Students for Life stands, the availability of the referendum procedure to repeal the recognition of a student organization continues to pose a threat to students’ rights to freedom of expression and association at Case Western.