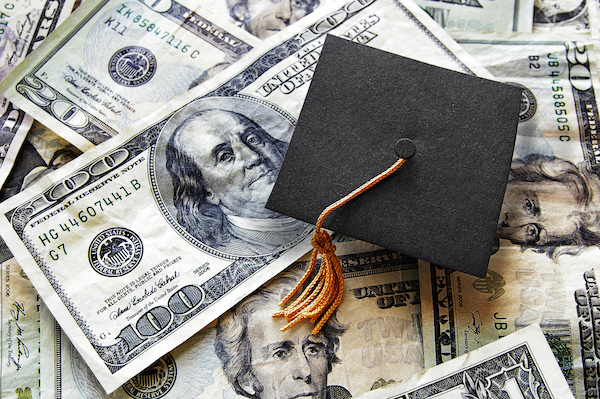 For over two decades, FIRE has vigorously opposed legislation and regulations that threaten fundamental fairness in disciplinary proceedings for students on college and university campuses. But we also believe that in order to appropriately address sexual violence, the rights of both student complainants and those they accuse must be protected.

House Resolution 7980, a bill recently introduced in the U.S. House of Representatives by Rep. Madeleine Dean, provides an example of a supportive measure for students in the adjudication process that doesn’t undermine due process rights: a provision that would defer repayment of student loans for students who allege they are victims of sexual violence.

Unfortunately, this bill also contains another provision that could be read to forgive student loans, which may incentivize false reporting of sexual violence.

To meet their legal and moral obligations under Title IX, institutions must provide fair and equitable treatment of all parties. Accordingly, FIRE has historically stayed neutral on — and in some instances even supported — proposals that provide resources and remedies to complainants, unless those proposals undermine due process rights for the accused.

While we do not object to the deferral provision, FIRE is concerned that another aspect of HR 7980 might negatively impact due process on campus.

When the current Title IX regulations were in the rule-making stage in 2020, we identified several provisions aimed at aiding complainants that we thought were sensible because they contribute to the overall balance of the current regulatory approach. For example, we pointed out that one provision refocused the obligations of universities from meting out punishment to the respondent to providing support for the complainant. We also noted that the efforts made in the current regulations increase supportive measures for complainants even when they can’t prove their cases, prohibit institutions from issuing gag orders that prevent respondents and complainants alike from discussing their cases, and restore more flexibility and control in the complaint process by allowing for an informal resolution process. None of these measures undermine due process or provide perverse incentives for students to bring frivolous complaints.

HR 7980’s idea to defer federal student loans for victims of sexual violence for up to three years would operate in a similar vein, providing support for complainants without threatening fundamental fairness in campus adjudications. This provision is discussed below.

Under existing law, when a student withdraws from college for any reason, they are typically only entitled to a six-month grace period before they must begin repaying their federal student loans. If this bill is enacted, those who withdraw under the auspices that they are victims of sexual violence would be entitled to have that window extended to as long as 3 years.

Section 2 of HR 7980 would amend section 455(f)(2) of the Higher Education Act of 1965 (HEA), which provides the right to have federal educational loans deferred, to add the following:

(E) not in excess of 3 years (for one or more periods of not less than 6 months and not more than 12 months) during which the borrower ceases to carry at least one-half the normal full-time work load for the course of study that the borrower is pursuing, as determined by the eligible institution (as such term is defined in section 435(a)) the borrower is attending, beginning on the date on which the borrower reports to the title IX coordinator (within the meaning of section 106.8 of title 34, Code of Federal Regulations, or successor regulations) of such institution that the borrower is a victim of sexual violence (which includes sexual assault, dating violence, domestic violence, and stalking, as such terms are defined in section 485(f)(6)(A)).

This provision is intended to allow victims “who temporarily withdraw from college to seek treatment and focus on mental and physical health rehabilitation.” Given that withdrawal from an institution of higher education can affect a student’s loan repayment status, potentially requiring that student to start paying back the loan as soon as 180 days after their withdrawal, the deferment option allows the student to take additional time to seek care without adding a financial burden for doing so. Victims of sexual violence often experience depression or post-traumatic stress disorder that may make an immediate return to the classroom extremely difficult. Ensuring that victims have the time and resources they need prior to returning to a university setting is a laudable goal. Without this provision, a victim of sexual violence who needs time away from school to heal could be faced with demands to repay loans too quickly, which could deter them from taking the time off they need.

While it might make more sense to provide this relief to all students who withdraw from college, regardless of their reason, extending deferment for alleged victims of sexual violence would not implicate due process rights of accused students. Therefore, FIRE has no objection to this provision.

While we do not object to the deferral provision, FIRE is concerned that another aspect of HR 7980 might negatively impact due process on campus. Specifically, HR 7980 contains a provision that, without further clarifications or safeguards, could be interpreted in a way that could incentivize false reporting of sexual violence.

Section 3 of the bill amends the HEA to authorize the Secretary of Education to waive amounts that students are required to return if they withdraw or decide to enter into deferment under Section 2 of this bill. It provides:

(F) WAIVERS OF GRANT ASSISTANCE AND LOAN REPAYMENT BY STUDENTS WHO ARE VICTIMS OF SEXUAL VIOLENCE.—In addition to the waivers authorized by subparagraphs (D) and (E), the Secretary may waive the amounts that students are required to return under this section with respect to any grant assistance (including Federal Pell Grants) or loans made under this title if the withdrawals on which the returns are based are withdrawals by students—

(i) whose attendance was interrupted due to being a victim of sexual violence (within the meaning of section 455(f)(2)(E)); and

(ii) in the case of students who, in the absence of this subparagraph, would have been required to return loans made under this title, who are receiving a deferment under section 455(f)(2)(E) on such loans.

HB 7980 authorizes the Secretary to waive the amounts that students are required to return with respect to “grant assistance (including Federal Pell Grants) and loans” to students whose attendance was interrupted by being a victim of sexual violence or for students who are receiving deferment under Section 2.

Even if the Department of Education were to develop a process to screen false reports, such screening would require making some kind of determination about whether the alleged incident occurred.

If HB 7980 is interpreted to “forgive” that funding amount, meaning that the student would not be required to return the funding nor would they be required to repay it normally as a student loan, it could dramatically impact the incentives for reporting sexual violence. Considering the ballooning cost of attending an institution of higher education, forgiveness of even one semester could erase tens of thousands of dollars in student loan debt. Increasing the stakes in an already high-stakes matter could lead to an increase in false reporting that would undermine advocacy on behalf of those with meritorious claims, not only by diverting resources that could be better used to resolve legitimate cases, but also by sowing public skepticism of the legitimacy of complaints generally.

While FIRE has no objection to Section 2 of HR 7980, Section 3 should be removed or significantly amended to unambiguously avoid providing loan forgiveness as an incentive for filing a Title IX complaint. A compromise along these lines would provide relief to complainants without fostering an environment that encourages frivolous complaints.