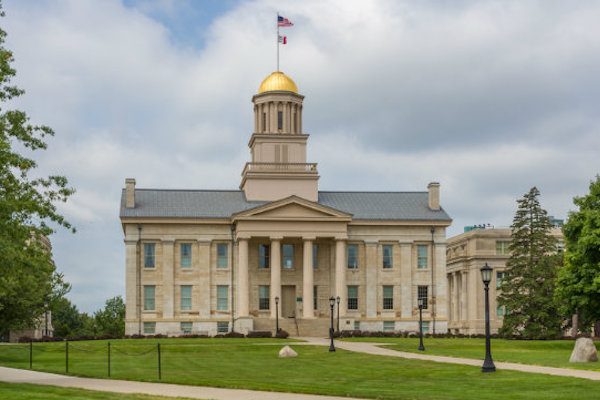 A federal court ruled on Wednesday that the University of Iowa violated the First Amendment when it revoked the status of a registered student organization that would not consider for a leadership position a student that the group believed opposed its principles. The University of Iowa has not demanded the same from student organizations that the administration apparently prefers, making its actions viewpoint-discriminatory under the First Amendment.

FIRE has previously covered the case, which centers on Business Leaders in Christ, a student group that meets every week to teach “seekers of Christ” “how to continually keep Christ first in the fast-paced business world” through “prayer, Bible discussion, and spiritual reflection.” The group believes “the Bible is the unerring Word of God” and interprets biblical principles as prohibiting same-sex romantic relationships, an interpretation both parties agreed the group holds with sincerity.

In 2016, a gay student sought to serve on BLinC’s executive board. The executive board is responsible for “leading [BLinC’s] members in prayer, Bible discussion and spiritual teaching; for implementing and protecting the religious mission of the group; and for modeling BLinC’s faith to the group and to the public.” This student revealed to the group’s then-president that he “did not share BLinC’s views on the Bible’s teaching about sexual conduct” and would not “be willing to forego same-sex relationships.” The group therefore rejected him for an executive board position because it felt he “could not lead their members with ‘sound doctrine and interpretation of Scripture.’”

The student complained to the university, and the university argued BLinC had violated its “human rights” policy. That policy states that a number of protected statuses, including “sexual orientation” (as well as “religion” and “creed”), may not serve as grounds for denying a student access to any aspect of the university’s programs. Registered student organizations like BLinC are considered for this purpose to be university programs because the university offers the groups “many benefits,” including eligibility “to apply for funds from mandatory Student Activity Fees” and “to use campus meeting facilities.”

The parties disputed whether BLinC rejected the interested student because of his “status as a gay man” or “based on his disagreement with their ‘religious philosophy.’” But in her opinion, Judge Stephanie Rose found that “[u]ltimately, this issue is not material to the outcome of this case.”

Instead, she found that the university violated the First Amendment by applying its policy inconsistently and in a viewpoint-discriminatory fashion. According to the Supreme Court case (an unfortunate one, in FIRE’s estimation) of Christian Legal Society v. Martinez (2010), a university does not violate the First Amendment if it requires registered student organizations to “allow any student to participate, become a member, or seek leadership positions in the organization, regardless of . . . status or beliefs.” The Martinez court said it was “hard to imagine a more viewpoint-neutral policy than one requiring all student groups to accept all comers.” However, the University of Iowa did not require all student groups to accept its policies. Instead, the administration appears to have chosen whether the policy applied based on whether it approved of the group’s viewpoint. Judge Rose observed that “the disparate application of a regulation governing speech can constitute viewpoint discrimination,” a practice prohibited by the First Amendment.

Judge Rose was correct in finding “disparate application” in the administration’s exercise of of its policy. The university even admitted that it allowed some student groups to exclude those not aligned with their group’s mission if the groups otherwise supported what the university views as its “educational mission,” such as groups that “provide safe spaces for minorities which have historically been the victims of discrimination.”

For instance, the University of Iowa allows the “House of Lorde” student group to “implement membership ‘interview[s]’ to maintain a ‘space for Black Queer individuals and/or the support thereof.’” Other groups, like the Latina/o Graduate Student Association, were allowed to exercise their associational rights in the same way. The university also permitted the Iowa National Lawyers Guild to “require its members to agree with the group’s aim of bringing about ‘basic change in the structure of our political and economic system,’” and the Hawkapellas (a singing group) to limit its membership only to women. Most tellingly, the university permitted Love Works to require its leaders to sign a “gay-affirming statement of Christian faith.” That the university allowed one Christian group to condition its leadership on affirming same-sex relationships but did not allow another Christian group to condition its leadership on the opposite view is textbook viewpoint discrimination.

The court granted a permanent injunction prohibiting BLinC’s leadership policies from serving as grounds for enforcement under the human rights policy as long as the university continues to apply the policy in a viewpoint-discriminatory manner. As Judge Rose stated, “even the most noble government pursuits are bound by the Constitution’s protection of individual beliefs,” a constitutional protection that the University of Iowa’s viewpoint discrimination cannot be allowed to erode.