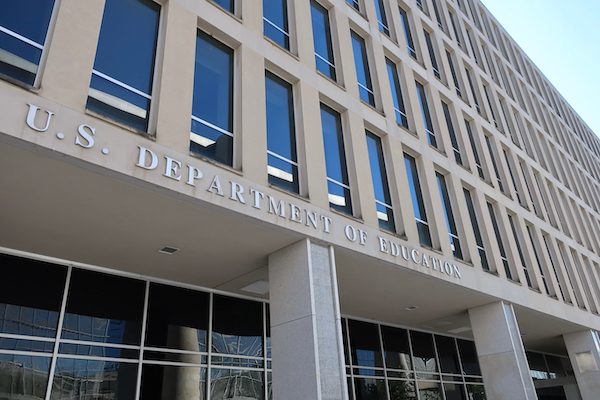 The Department of Education’s Office for Civil Rights announced late last year that it planned to release a notice of proposed rulemaking for Title IX by April. Now that April has come and gone, we are left wondering whether the Department plans to release it this month as recently reported.

A notice of proposed rulemaking is an official announcement and explanation of an agency’s plan to issue new regulations or amend current ones. This notice precedes a final regulation and allows the public an opportunity to comment during what is known as a notice and comment period — a certain length of time for public input on proposed regulations before the agency makes them legally binding.

“The Department, chiefly, has failed to provide sufficient justification for engaging in a new rulemaking.”

The last time the Department finalized Title IX regulations was in 2020. FIRE supported these regulations because they included many requirements that improved the fundamental fairness and reliability of campus Title IX procedures to the benefit of all parties involved. Given the department’s intention to propose new rulemaking on Title IX after doing so just two years ago, FIRE fears the department will likely reverse course and roll back some or all of these important protections. Assistant Secretary for Civil Rights Catherine Lhamon’s disdain for the current regulations (not to mention her history of indifference to, or even outright hostility toward due process concerns during her prior tenure at OCR) makes it all the more likely.

We aren’t alone in holding these concerns. On April 5, 15 state attorneys general wrote to Lhamon, who oversees OCR. Arguing that new regulation is unwarranted, the letter stated: “The Department, chiefly, has failed to provide sufficient justification for engaging in a new rulemaking.”

The current Title IX regulations were implemented after an 18-month process that included an extended notice and comment period. As the letter from the state attorneys general notes, the department considered more than 124,000 public comments.

The letter also addressed several specific policy concerns, including that OCR supported a “single investigator” model for adjudication of Title IX complaints when Lhamon held the same position during the Obama administration. The letter stated:

Your OCR pressured schools to employ a “single investigator” model that gives one person appointed by the school’s Title IX coordinator authority both to investigate alleged misconduct and to determine guilt and innocence. Schools housed these investigators/adjudicators in their Title IX offices, which had strong incentives to ensure the school stayed compliant with the [Dear Colleague Letters] to avoid losing federal funding. Many Title IX offices assumed every role in the process, acting as prosecutor, judge, jury, and appeals board.

Current regulations prohibit a single investigator model by providing that the decision-maker(s) “cannot be the same person(s) as the Title IX Coordinator or the investigator(s).” This protection is crucial because the chances of an individual’s bias tainting a process are exponentially higher when only one person is responsible for every aspect of that process.

The letter also raised concerns about OCR’s use of an “expansive definition of sexual harassment” prior to the 2020 Title IX regulations, citing the negative impact it had on colleges and universities like Harvard University, where law professor Jeannie Suk Gersen wrote in 2014 that law school faculty were increasingly reluctant to teach rape law for fear of offending or upsetting their students.

Current Title IX regulations include many other requirements that improve the fundamental fairness and reliability of campus Title IX procedures.

Current regulations fixed this by using the Supreme Court’s definition of “sexual harassment” in Davis v. Monroe County Board of Education. According to Davis, only discriminatory conduct that is “so severe, pervasive, and objectively offensive, and that so undermines and detracts from the victims’ educational experience, that the victim-students are effectively denied equal access to an institution’s resources and opportunities” qualifies as student-on-student harassment, and thus is not protected under the First Amendment. This definition provides a clear path for institutions to uphold their dual obligations of responding to allegations of misconduct and protecting students’ expressive rights.

Beyond the positive developments from the 2020 rulemaking process highlighted by the attorneys generals in their letter, the current Title IX regulations include many other requirements that improve the fundamental fairness and reliability of campus Title IX procedures. For example, they require institutions to provide students accused of sexual misconduct with: live hearings featuring cross-examination conducted by an advisor of choice, who may be an attorney; sufficient time and information to prepare for interviews and a hearing; and an express presumption of innocence. The regulations also restore institutions’ ability to use the “clear and convincing” standard of evidence.

FIRE hopes that the department preserves these protections. Student rights are too important.