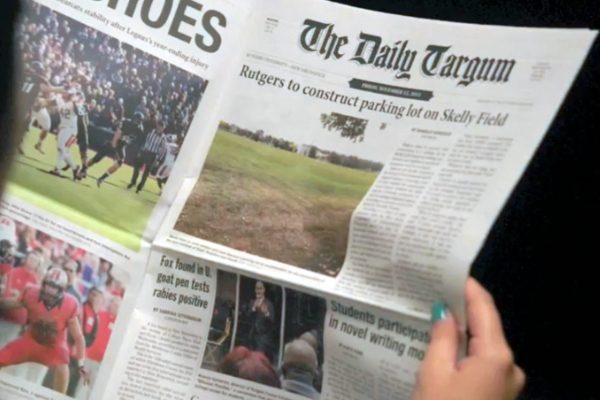 NEW BRUNSWICK, N.J., June 3, 2019 — Rutgers University’s student newspaper, the award-winning Daily Targum, lost its funding despite winning the overall support of student voters in an April referendum. But an analysis by the Foundation for Individual Rights in Education found that the Rutgers policy that defunded the newspaper is unconstitutional in at least four ways. FIRE today called on Rutgers to reverse course, fund The Daily Targum, and reform its unconstitutional funding policy.

Though 68% of voting students supported continuing to fund The Daily Targum, it fell short of receiving the required thumbs-up from at least a quarter of the overall student population. Only about a quarter of Rutgers students voted on the ballot measure, which is held every three years.

Since 2017, the Rutgers University Conservative Union has led a #DefundTheTargum campaign. The group, which argues that it aimed “not to destroy the paper, but to give more freedom and more choice” to students, had run-ins with the Targum in recent years. Group leaders have complained that the newspaper printed “Fake News” after the Targum published an article revealing that a member of the group crafted flyers nearly identical to those created by American Vanguard, a white supremacist group.

Melissa Hayes, an alumni member of The Daily Targum’s Board of Trustees, told NJ.com that the vote means a loss for the newspaper of around $540,000 a year.

“The university must immediately reverse course and implement a funding process that doesn’t subject student newspapers, or any other student organization, to layer upon layer of impermissible viewpoint discrimination,” said FIRE’s Adam Goldstein, author of today’s letter.

The referendum itself, and the system that determines a student group’s eligibility for a funding referendum, are unconstitutional in four ways:

“Whether the conservative group’s campaign changed a single vote is irrelevant, as the mere establishment of the voting system is unconstitutional even if the Targum won every vote,” Goldstein said. “If a popular vote was a lawful method of defunding a student group, many voices — almost assuredly conservative ones included — would be silenced. Rutgers cannot permit any student group to lose funding because someone didn’t like what they published, and that’s all a referendum is: a heckler’s veto with extra steps.”

Today, FIRE is asking Rutgers to comply with its obligations under the First Amendment by discontinuing use of the unconstitutional referendum and immediately restoring funding to The Daily Targum. Rutgers cannot fulfill its obligation to respect the constitutional rights of its students by putting those rights to a popular vote.

FIRE is committed to using all the resources at our disposal to ensure student journalists at Rutgers are not silenced by an unconstitutional funding system. FIRE stands ready to provide guidance to Rutgers — or any university or college — on what policies would comply with the Constitution.

TELL RUTGERS TO RESTORE FUNDING TO THE STUDENT NEWSPAPER