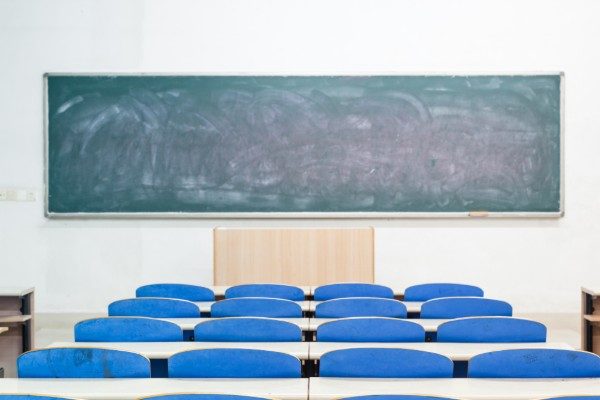 Academic freedom is under threat at Augsburg University, where a professor has been removed from his post as director of the Honors Program and suspended indefinitely from the classroom after using a racial slur in the context of a discussion about the use of the word. Today, FIRE wrote to Augsburg, calling on the university to honor its own policies and promises of academic freedom by reinstating professor Phillip Adamo.

On October 30, Professor Adamo’s class discussed the book “The Fire Next Time” by James Baldwin, a nonfiction book that, when it was published in 1963, was described by the New York Times as an attempt to “translate what it means to be a Negro in white America so that a white man can understand it.” At the time, its author was “exalted as the voice of black America.” Half a century after its publication, the book remains widely read; this past fall, Loyola University Maryland required all of its first-year students to read “The Fire Next Time” before coming to campus.

A student in Adamo’s class read aloud from the opening paragraph: “You can only be destroyed by believing that you really are what the white world calls a nigger. I tell you this because I love you, and please don’t you ever forget it.”

Adamo then used the word to introduce a class discussion around whether or not the word should be spoken in that context. He led a similar discussion in the next section of the same course. After the second class, Adamo sent out two articles presenting opposing views, one arguing that teachers should use the word sparingly, and one that argues the word should never be used.

Student backlash against Adamo swiftly followed, including a number of articles denouncing Adamo in Augsburg’s student newspaper, The Echo, and a group of student leaders co-opting Adamo’s class for a discussion of the issue.

Some of Adamo’s current and former students have since begun a campaign to save his job on Facebook and Change.org, where, at the time of writing, a petition asking for Adamo’s reinstatement has gained over 1,000 signatures.

In punishing Adamo, Augsburg violated its own policies

Discussions about racial slurs, and how to place them in context in academic discussions, have understandably been a lightning rod for controversy. Academic freedom encompasses the right of professors to decide whether, when, or how to approach controversial or deeply offensive material that is germane to the subject of the course. It does not immunize them from criticism for exercising that choice, nor does the exercise of a choice render it effective in every instance. But the question of who decides belongs to the academic, not to the administrator.

Augsburg University is a private university, and thus not bound by the First Amendment. However, Augsburg University is bound by its own policies and the promises it makes to its professors. Augsburg has violated both. In Augsburg’s faculty handbook, the portion enumerating a professor’s right to academic freedom includes the entirety of the AAUP’s 1940 Statement on Academic Freedom and Tenure.

FIRE is not alone in questioning Augsburg’s abdication of academic freedom. The AAUP itself wrote to Augsburg explaining that Augsburg’s interpretation of the 1940 Statement was in error, and that the university was further in violation of the 1958 Statement, which holds that a professor should not be removed from the classroom before a finding of responsibility unless he or she poses the threat of “immediate harm.” (It has never been alleged that Adamo posed a threat to anyone’s physical safety.)

Additionally, Augsburg’s Student-Faculty Bias/Discrimination Reporting Policy states in its introduction the university’s “commitment to academic freedom, which lies at the heart of Augsburg’s educational mission,” which “ensures each member of the community is free to hold, explore, or express ideas, however unpopular, without censorship or fear,” even “when those ideas challenge, disturb, or offend, as they inevitably will in diverse communities.” The latter part explains how the university should have conducted itself regarding the controversy over Adamo’s teaching methods. Instead, Augsburg has instead chosen censorship and sanction in response to “ideas that challenge, disturb, or offend.”

FIRE calls on Augsburg to cease its proceedings against Adamo and reinstate him.