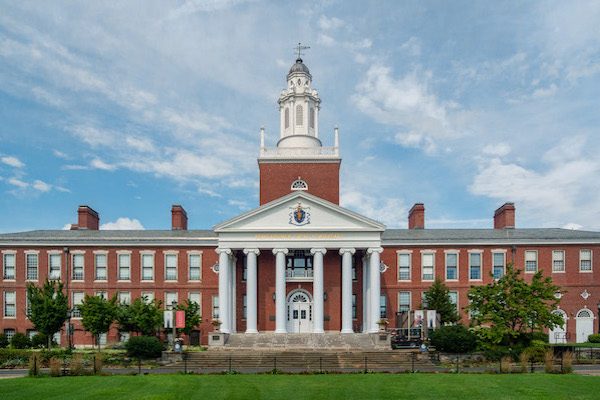 In the wake of last summer’s racial justice protests, Bridgewater State University was one of many colleges and universities that redoubled efforts to promote anti-racism, diversity, equity, and inclusion on campus. Unfortunately, one of those efforts risks undermining free speech and academic freedom by subjecting faculty research to an unduly restrictive, ideologically motivated prior review.

BSU formed a Racial Justice Task Force last year “to examine the elements of policy, practice, and culture that are impeding racial equity at BSU, and to identify remedies and recommendations for corrective action.” One of the task force’s goals was to address a “set of significant issues raised surrounding research processes and the critically important role of the Institutional Review Board (IRB).” BSU’s IRB reviews all research proposals sponsored by the university that involve human subjects and approves or disapproves the research based on the board’s determination of the level of risk of harm to participants. The “set of significant issues” arose from a public controversy surrounding an IRB-approved survey that was distributed last year to participants in a psychology research subject pool.

In September 2020, BSU psychology professor Elizabeth Spievak applied to the IRB for renewed approval of an active research study, “People, Places, and Things: A Survey about Beliefs and Attitudes.” Designed by Spievak and undergraduate researchers in the Department of Psychology, the study surveyed BSU students and members of the larger community to explore how metaphorical rhetoric used to frame an issue affects people’s thoughts, feelings, perceptions, and decision-making.

Spievak’s IRB application explained that her team revised one of the question prompts from their original survey to make it more relevant to contemporary issues. She attached the revised survey to the application, which the IRB approved.

The revised question prompt randomly assigned participants a short hypothetical vignette that described either COVID-19 or Black Lives Matter as an “open wound that is deteriorating your local community” or a “wild beast preying on your local community.” The survey then asked participants to allocate funds from a fictitious town budget to address the issue. Spievak’s team found that the type of metaphorical frame influenced participants’ responses. For instance, participants with conservative beliefs who were presented with the BLM “wild beast” vignette were more likely to endorse increased spending on law enforcement than conservatives who read the “open wound” vignette.

One participant took a screenshot of the “wild beast” version of the BLM vignette, and in February, another BSU student posted the screenshot on Twitter. The student then tweeted the names of the student researchers involved in the survey, adding “these are the students at Bridgewater State that think that BLM is a ‘wild beast preying on local communities.’” The tweets went viral and sparked a number of complaints from students.

In response, BSU President Frederick W. Clark Jr. and Provost Karim Ismaili said the university was “reviewing” the use of the survey and apologized “for the harm and pain this has caused our students and other members of our community,” while acknowledging that the survey was part of “a class research project that was seeking to gain a deeper understanding of issues of racial discrimination and bias.”

In a subsequent update, the president and provost said the university had “already identified actions that will prevent such a situation from occurring again,” including as an “example” that “the Office of the Provost will work with the IRB to infuse racial justice and equity more deliberately in its work.”

BSU faculty must be free to teach and conduct research regardless of their political or ideological persuasions.

The task force released its final report in May. It found that “the campus saw the effects of a racist vignette in a research study, revealing the need for changes to research practices and the IRB structure.” The task force identified “a lack of explicit anti-racist evaluative tools in the IRB process” and found that “[t]he need to make changes to research practices goes to the heart of decolonizing the University and examining the foundations of inequitable power relationships that historically have shaped the processes of knowledge creation to support and sustain power imbalances.”

The task force recommended that BSU:

Commit as an institution to do no harm in research; offer peer-to-peer training in the psychological harm of racial and other forms of trauma. Revise the question on the IRB application about potential harm to ask explicitly about the potential for post-traumatic (including racialized trauma explicitly) harm triggered by research questions. Require Principal Investigators to explain how they will mitigate the harm on the most vulnerable populations of the researched community.

The task force also urged the university to “[o]ffer racial justice training to members of the IRB that leads to an audit of procedures and decision-making.”

BSU’s response to the controversy over Spievak’s study, including its determination to reform the IRB to “prevent such a situation from occurring again,” and the task force’s recommendations, create a real risk that a revamped IRB will obstruct legitimate research that, like Spievak’s survey, risks offending others. But it is well-established that government actors such as public universities cannot limit expression on the basis that it is offensive to others.

Even setting aside the misrepresentation, that a research project might offend subjects or others does not justify its restriction under the banner of preventing “harm.” The proposal that research “do no harm” is admirable as an aspiration, and IRBs undoubtedly serve important roles in evaluating proposed research to ensure that it does not purposefully or inadvertently cause concrete, measurable harm. However, conceptualizing “harm” to encompass offense—however great—to the content of a question posed to a voluntary participant will place considerable constraints on research, including in ways that may not presently be anticipated.

Other ideologically laden language in the task force’s report — such as its claim that the “need to make changes to research practices goes to the heart of decolonizing the University” — goes beyond the viewpoint-neutral goal of mitigating harm to research subjects. As we stated, “A research-licensing program ‘infused’ with a specific political or ideological perspective, or that seeks to erect barriers to research involving potentially offensive language or ideas, is simply incompatible with academic freedom.”

Conceptualizing “harm” to encompass offense—however great—to the content of a question posed to a voluntary participant will place considerable constraints on research, including in ways that may not presently be anticipated.

These proposals to change research practices and IRB procedures were motivated by outrage over Spievak’s survey. What the task force failed to mention was the cause of that outrage: someone posting a brief excerpt from the survey on social media without any context and misrepresenting it as the personal views of the researchers. It is not even clear that any participants in the study claimed to have suffered harm from reading the BLM vignette. Nevertheless, BSU is considering making changes that will have a real impact on its faculty’s ability to conduct research in the future.

FIRE’s letter details the threats to freedom in research that BSU must avoid:

Even if a research proposal is not outright rejected, IRB-required changes to content deemed unacceptable can interfere with or defeat the purpose of the research, and informed-consent requirements expanded to include warnings about offensive language threaten to undermine freedom of inquiry. Not only have studies on trigger warnings suggested they are ineffective, but in the research context, such warnings may affect how participants respond and thereby skew results.

Of course, research subjects are not without recourse, as their participation is always voluntary and they can withdraw at any time. Students and others also have the right to criticize and question the assumptions, methodology, or findings of research, whether that criticism is fair or not.

Our letter also raises concerns over the task force’s proposal to prioritize “anti-racism” and “racial justice” in tenure and promotion review and to make the use of “antiracist, decolonial, and abolitionist pedagogies” the “expectation” of all faculty. Similar proposals are under consideration in negotiations for a new faculty collective bargaining agreement. While the import of these proposals is unclear, FIRE warned BSU that it cannot institute any policy that would make satisfaction of these ideological criteria a requirement for all faculty. As in the IRB context, BSU faculty must be free to teach and conduct research regardless of their political or ideological persuasions. The First Amendment does not permit a public university to discriminate against faculty on the basis of viewpoint.

Viewpoint-based restrictions on research or teaching are antithetical to the very purpose of a university. As the U.S. Supreme Court declared over half a century ago: “Teachers and students must always remain free to inquire, to study and to evaluate, to gain new maturity and understanding; otherwise our civilization will stagnate and die.”

FIRE will continue to watch the situation at BSU to ensure the university complies with its obligations under the First Amendment.