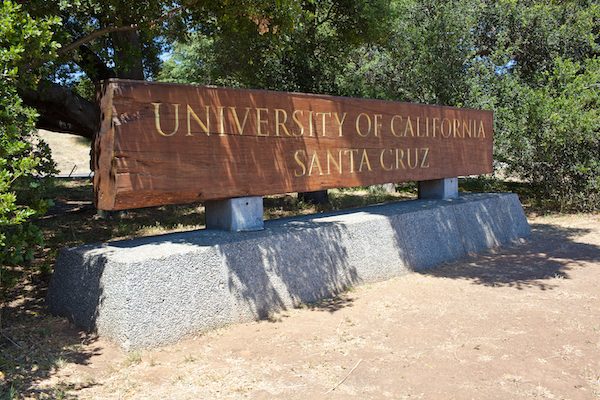 You may be an esteemed scholar or an exceptional teacher, but if you want to join the faculty at the University of California, Santa Cruz, you may also have to pass an ideological litmus test.

UC Santa Cruz is requiring applicants for faculty positions to submit a “Statement of Contributions to Diversity, Equity, and Inclusion.” The rubric for evaluating the DEI statements penalizes applicants for refusing to personally affirm the university’s views on contested social and political issues.

FIRE wrote to UC Santa Cruz this week, calling on the university to rescind or revise this policy to avoid infringing on the First Amendment rights of prospective faculty.

Almost every open faculty position posted on UC Santa Cruz’s website asks applicants to submit a DEI statement “addressing your understanding of the barriers facing traditionally underrepresented groups and your past and/or future contributions to diversity, equity, and inclusion through teaching and professional or public service,” and directs applicants to the university’s page containing the uniform guidelines and rubric on the university’s standards for DEI.

The rubric presents a roadmap for discriminating against candidates with disfavored views.

For some positions the statement is optional, while for many others it is mandatory. For still others, including assistant professor positions in experimental computer systems, digital hardware electronics, and statistical data science, not only is a DEI statement required, but applicants are initially screened based on that statement alone.

The rubric presents a roadmap for discriminating against candidates with disfavored views. For instance, a candidate would receive a low score if they “discount the importance of diversity” or express a belief that “it’s better not to have outreach or affinity groups aimed at underrepresented individuals because it keeps them separate from everyone else, or will make them feel less valued.” Even affirming the importance of DEI can result in a low score if done “in vague terms.”

As a public university bound by the First Amendment, UC Santa Cruz may not condition faculty employment on an applicant’s willingness to profess allegiance to a particular set of political or ideological beliefs. Even the optional DEI statements raise constitutional concerns in light of how they are evaluated.

Under the rubric, prospective faculty are not to dispute the university’s views on the challenges facing underrepresented groups, the causes of their underrepresentation, or how best to address those issues. If, for example, an applicant believes that racial affinity groups or other DEI initiatives are ineffective, they must hide or contradict that view to avoid being penalized in the evaluation process. Even if the candidate reached that conclusion based on their own academic research or inquiry, it evidently would impair their application, regardless of the impact and soundness of their scholarship. Prospective faculty must be “strong advocates” for UC Santa Cruz’s views on DEI, dedicate a significant portion of their careers to demonstrating their commitment to those views, and believe that all faculty members and students have a responsibility to advance the university’s DEI mission.

FIRE calls on UC Santa Cruz to bring its hiring policies in line with the First Amendment.

We noted that the initial screening procedure for various positions is especially troubling, as it indicates the university “is immediately weeding out prospective faculty who dissent from the university’s position on DEI without a holistic evaluation of their academic qualifications.”

The policy flouts First Amendment protections for free speech, academic freedom, and freedom of conscience, shrouding the campus with a “pall of orthodoxy.” As we said in our letter:

By demanding rigid ideological conformity on issues of DEI, UC Santa Cruz both violates the rights of prospective faculty and shrinks the universe of ideas to study or express on campus. Faculty must retain wide latitude to think and speak freely. They must be judged on their academic merit, not on their agreement with the wisdom of the institution’s public policies or viewpoint.

The specific political valence of a litmus test is irrelevant. Just as a university administration may not demand assent to a certain conception of “diversity, equity, and inclusion,” it has no authority to require faculty to affirm the importance of “patriotism,” “individualism,” or “civility,” or to demonstrate their involvement in organizations or activities that promote those values. Over 50 years ago, the U.S. Supreme Court struck down laws targeting faculty members with “seditious” views, recognizing that our country is “deeply committed to safeguarding academic freedom, which is of transcendent value to all of us and not merely to the teachers concerned.”

That is not to say that UC Santa Cruz and other universities are barred from shaping and expressing their own institutional priorities and objectives, which may include some vision of DEI. Universities also have an obligation to ensure their faculty do not engage in unlawful discriminatory conduct. But a university’s commitment to DEI must not entail a requirement that faculty profess their faith in the institution’s moral or political values.

FIRE calls on UC Santa Cruz to bring its hiring policies in line with the First Amendment.