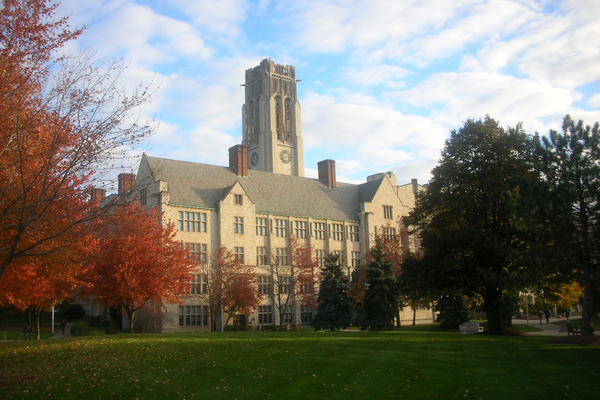 The University of Toledo is considering the adoption of a policy that would require students and faculty to use individuals’ “chosen first names” in all communications that occur on campus or in university programs and activities. In a letter sent to UToledo last week, FIRE explained that the First Amendment compels the university to reject the policy, which would prohibit large swaths of protected speech.

The proposed “Inclusive Gender Practices” policy has the stated purpose of “validating and affirming personal identities,” and it identifies gender identity and gender expression as “key aspects of diversity, equity, and inclusion.” Much of the policy is unobjectionable from a First Amendment perspective, to the extent it simply encourages the use of preferred pronouns and provides ways for UToledo community members to register their chosen first names online and have them displayed on university ID cards and in various online platforms and directories. The policy defines a person’s “chosen first name” as “the name they choose to be called in day-to-day life,” which may differ from the person’s legal first name.

But the policy oversteps by mandating that students and faculty use only individuals’ chosen first names in “all communications” that occur “in University programs and activities, on University property or at University sponsored events.”

For starters, as a public university, UToledo has no authority to regulate student speech based on its message or content unless it falls into one of the few, narrowly defined exceptions to the First Amendment, such as obscenity, incitement, or true threats. But the chosen first name policy would regulate all manner of student speech that doesn’t fall within any First Amendment exception. As FIRE told UToledo:

Emails, social media posts, student newspaper articles, and private conversations would all be subject to the policy. For example, a student’s single personal email that neglects to use an individual’s chosen first name would violate the policy and presumably expose the sender to sanctions. A private email would even violate the policy if it referred to a third party without using that person’s chosen first name, since the policy is not limited to communications with, or in the presence of, individuals who have different legal and chosen first names. The policy also threatens press freedom, as a student newspaper could run afoul of the policy by publishing an article that mentions an individual’s legal first name, even when it is relevant to the story.

What about the university’s obligation to prevent discriminatory harassment? Persistently calling someone by their non-preferred first name could rise to the level of unprotected harassment if it is part of a pattern of conduct that meets the high legal standard requiring the speech to be unwelcome, discriminatory on the basis of gender or another protected status, and “so severe, pervasive, and objectively offensive that it can be said to deprive the victims of access to the educational opportunities or benefits provided by the school.” Mere offense or discomfort is not enough, and the “Inclusive Gender Practices” policy is not carefully drawn to prohibit only unlawful harassment or other unprotected expression.

The policy is also overbroad with respect to faculty speech — especially when it comes to extramural expression, where the university’s interest in policing speech is at its nadir. As we said in our letter, UToledo “can no more bar faculty from ever using an individual’s legal first name than it could forbid them from referring to administrators as ‘Big Brother.’” Faculty members, like students, would violate the policy for posting a single tweet or blog entry that fails to use an individual’s first name, regardless of context, if the speech occurs on university grounds.

Even as applied to classroom speech, the proposed policy raises First Amendment issues, particularly in light of the recent decision in Meriwether v. Hartop. In that case, the U.S. Court of Appeals for the Sixth Circuit, whose decisions are binding on UToledo, reinstated a professor’s First Amendment lawsuit against Shawnee State University, which had punished him for refusing to use a student’s preferred pronouns. The court noted the professor’s First Amendment interests were “especially strong” because titles and pronouns carry an ideological message with which faculty may disagree, and Shawnee State’s pronoun policy potentially compelled speech on a matter of public concern. The university’s interest in punishing the professor was “comparatively weak,” particularly given that he had offered a compromise of referring to a transgender student in his class by the student’s last name.

The Sixth Circuit also made clear that, absent more, the professor’s refusal to use a student’s preferred pronouns could not amount to discrimination or hostile environment harassment. The court said harssment required that “one’s educational experience be permeated with discriminatory intimidation, ridicule, and insult that is sufficiently severe or pervasive so as to alter the conditions of the victim’s educational environment.”

Again, UToledo’s proposed policy does not narrowly and precisely target speech that rises to the level of unlawful harassment. And because the policy is expressly premised on ideas about gender identity and expression that are a matter of public debate, it raises similar concerns about compelled speech that animated the Sixth Circuit’s decision in Meriwhether. This doesn’t leave the university without any options. As FIRE’s letter explained:

UToledo may certainly promote its own views about gender identity and expression, offer ways for students and faculty to identify their chosen first names, and ensure those names are used in university IDs, directories, and other institutional resources or communications where names are displayed. But while UToledo is free to tailor its own institutional speech in this way, it generally may not prescribe the specific content of faculty speech.

FIRE calls on UToledo to reject the proposed “Inclusive Gender Practices” policy unless it is amended to avoid this unconstitutional overreach. UToledo is accepting comments on the policy until March 21. FIRE will be watching closely to see what the university decides.