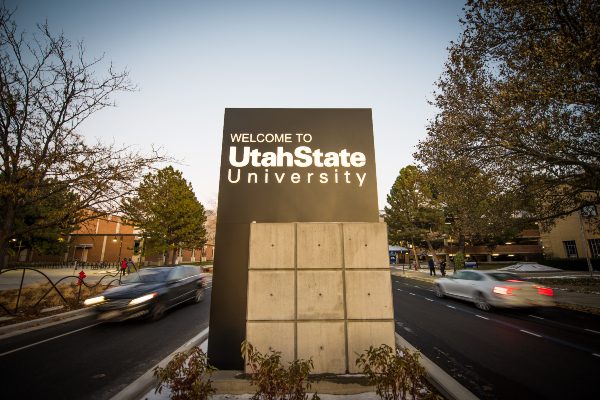 Today, FIRE wrote a letter to USU calling on the public university to rescind its unconstitutional social media policy — which was employed to block Bess on this occasion — and which chills the expressive rights of all USU students. FIRE reminded USU that the First Amendment, by which the university is legally bound, extends to interactive, online forums — like USU’s Facebook, Twitter, and Instagram accounts.

Before USU blocked Bess, another student was tweeting at the university and sharing a hashtag critical of the school. That student tweeted a complaint about the university library’s lack of a back door. This tweet included the hashtag #USUgripe, which provides a collection of tweets complaining about the university as a part of its annual Gripe Night. In response to the student’s tweet, the official USU account tweeted:

Philosophical question: What if the entrance IS a back door, and there simply is no front door?

Bess added to the thread of tweets, saying:

Doesn’t change anything you bastards, just means you need to build a front door.
We need an entrance on all four sides.
The entrance facing the tsc could be easily converted, the loading dock could be dual purpose. Checkmate.#gwaggies #usugripe

The USU account warned Bess to “Keep it civil.” USU ultimately blocked Bess after he responded that he paid $4,000 in fees to work as a free teacher for the university during the pandemic and that he was “sure the PR guy can handle a swear.”

I literally paid you 4K plus fees to work as a free teacher, 300 miles away from campus doing student teaching this semester, during COVID-19.

I’m sure the PR guy can handle a swear.

Although USU administrators later unblocked Bess’ Twitter account, this was apparently not an isolated incident. USU has reportedly blocked numerous students under its social media policy, according to The Statesman.

This policy, which is posted in the “About” section of USU’s official Facebook page, purports to allow the university to delete posts or comments and block accounts “containing profanity, obscenity, personal attacks, electronic harassment, or privacy violations.”

This isn’t particularly unusual. Last year, FIRE published the results of a nationwide survey of public universities and colleges, exploring how government institutions restrict comments and block users on their official social media accounts. That survey, collecting records from nearly 200 institutions, shows how institutions block critics and hide negative comments — including those criticizing the institution, corporate partners, sports teams, and political figures — from public view. At the time, USU’s records indicated that it only blocked one Twitter user (a porn account) and a hodgepodge of Facebook users (mostly involving cars for some reason), and used a combination of word filters (one provided by Facebook and another created by USU) to scrub Facebook users’ comments.

FIRE’s letter reminds USU that constitutionally protected categories of speech — including profanity and personal attacks — cannot be prohibited or punished by university administrators in this context. The letter also explains that blocking students from a university’s social media accounts not only is unconstitutional, but inhibits their knowledge about campus happenings and announcements. This practice is further troubling during a global pandemic, which has prevented many students from coming to campus at colleges and universities across the country, including at USU.

FIRE also requested that USU provide updated public records laying out its policies for blocking users from its official social media accounts, as well as a list of all users blocked by USU’s official Facebook and Twitter accounts. This may shed light on what’s changed since we last requested these records.

Nothing requires government actors to establish a social media presence. But these sites are popular because they provide more than a passive conduit of information from an institution to an audience. They allow people to interact with each other, as well as with public figures, and institutions. But government actors cannot excise speech from these forums just because the speech detracts from their public relations messaging or criticizes university figures. They can try to foster an online community, but they cannot do so through exiling critics.

USU — and any other institution that maintains similar policies — should replace its social media policy with one that meets constitutional standards and cease its practice of blocking student critics.