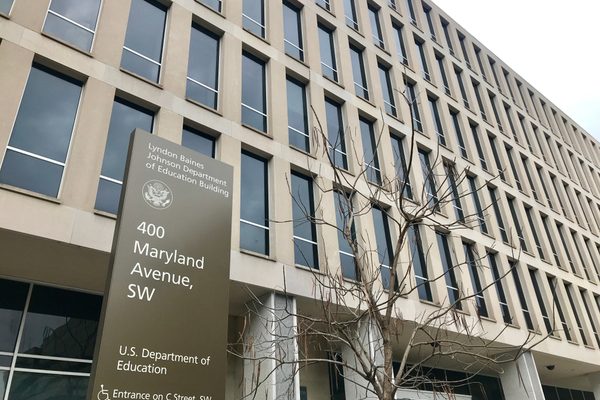 The Department held these hearings to gather information for its review of regulations implementing Title IX. FIRE urged the Department to preserve the existing regulations, arguing that they are “carefully crafted to protect the rights of all parties,” and that if they are to be changed, modifications should be “modest and must maintain the campus free speech and due process protections currently included.”

FIRE’s written comment notes that the Department’s authority to change the current regulations is restrained in several areas by binding court precedents:

Federal agencies must comply with precedents established by the Supreme Court of the United States that interpret constitutional rights, including the First Amendment. This is true even if the agency believes the court rulings are in error or set bad policy. Indeed, were the Department to amend the Title IX regulations in a manner that required the violation of First Amendment rights, such a rule would receive no deference and would be subject to invalidation by a court.

Among these binding precedents, the Department must not stray from the definition of student-on-student harassment set forth by the U.S. Supreme Court in Davis v. Monroe County Board of Education. The Davis decision, which defines harassment as behavior that is “so severe, pervasive, and objectively offensive that it effectively bars the victim’s access to an educational opportunity or benefit,” carefully construes peer-on-peer harassment to ensure that educational institutions may address conduct that denies equal educational access without requiring them to punish constitutionally protected speech.

Furthermore, FIRE argued that conducting a fair and credible Title IX proceeding requires adhering to long-utilized tools of fair adjudication, many of which are prescribed by existing regulations:

To guarantee both due process and a proceeding’s credibility, the regulations require long standing and uncontroversial hallmarks of fair adjudication: detailed notice; a presumption of innocence; the right to review the evidence in the institution’s possession (unless that evidence is privileged), whether or not the institution intends to use that evidence in the proceeding; a live hearing; and the ability, through an advisor, to cross-examine the other party and any witnesses.

These safeguards are essential to protect the interests of complainants as well as respondents. As FIRE explains in the written comment:

While it is tempting to think about procedural protections only through the lens of their benefit to accused students, they also play a vital role in protecting the interests of complainants. After all, it is by thoroughly evaluating accusations that findings of responsibility gain legitimacy. It is also important to keep in mind that complainants suffer when procedural protections are inadequate. This point is powerfully illustrated by a case in Kentucky, where courts remanded a case for new proceedings several times and thereby forced the complainant to revisit her alleged rape over and over again, all because the University of Kentucky repeatedly violated the rights of the accused student. A complainant needs a credible process, too.

FIRE was pleased to once again defend the current Title IX regulations. We urge the Department to preserve these important rules, which replaced its “widely criticized” and “failing” prior approach and which take important steps to protect all students’ ability to receive an education.

Our written comment can be read in full here.