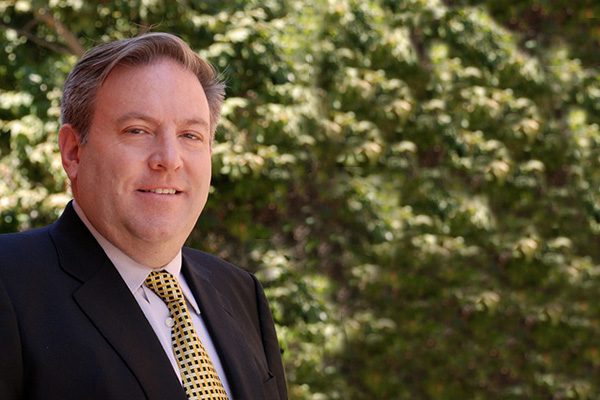 LOS ANGELES, June 10, 2020 — The Foundation for Individual Rights in Education today called on the University of California, Los Angeles to immediately reinstate a professor put on mandatory leave after he, following institutional policy, declined to alter his final exam schedule or grading policies for black students during the protests surrounding the killing of George Floyd.

On June 2, a student emailed lecturer Gordon Klein to suggest he adjust his final exam requirements for black students due to the civil unrest. Suggestions included extending deadlines, shortening exams, and implementing a policy that would ensure an exam could only help, not harm, a student’s grade. Klein — who teaches accounting at UCLA’s business school — thanked the student and called the events in Minnesota a “tragedy,” but declined to change the final exam procedures, citing logistical concerns with identifying which students would be granted accommodations in a course conducted entirely online due to COVID-19.

Klein’s response conformed with UCLA’s Faculty Code of Conduct, which prohibits the failure to hold exams as scheduled, evaluation of students based on criteria other than their performance in the course, and discrimination based on race.

Later that day, a Change.org petition calling for UCLA to fire Klein went viral on Twitter, where it has since garnered over 20,000 signatures. The dean of the Anderson School of Management, Antonio Bernardo, asked to speak with Klein, who shared the full text of the email exchange. Klein also showed Bernardo a June 1 message from Klein’s direct supervisor directing instructors to adjust final exam policies based only on standard university policy on accommodations for illness, family emergency, religious observances, or other similar events.

UCLA placed Klein on mandatory leave effective June 3, apparently stemming from the tone of his response to the student. In an email to the UCLA community June 4, Bernardo characterized Klein as having “a disregard for our core principles” and called Klein’s email an “abuse of power.”

Under federal law and university policy, however, the only actor abusing its power is UCLA.

“As a public institution, UCLA is bound by both the First Amendment and the laudable promises of academic freedom it makes to its faculty members,” said Katlyn Patton, author of today’s letter from FIRE. “Those obligations and promises are of even more importance during a crisis. Given that Klein followed institutional policy when he refused to alter his final exam procedures, this investigation is almost certainly based on the tone or viewpoint of his email, which was — however brusque — protected expression on a matter of profound public interest. Klein must be immediately reinstated, and UCLA’s leaders must make clear that their commitment to academic freedom is stronger than an online mob.”

Klein’s mandatory leave extends until June 24 so UCLA can consider whether his actions were “inconsistent” with UCLA’s Faculty Code of Conduct, according to a notice from UCLA. The notice does not identify any specific provisions Klein is alleged to have breached.

Klein has taught at UCLA’s Anderson School of Management since 1981. In his 39 years of teaching at UCLA, he reports that he has never been the subject of a complaint of harassing or discriminatory conduct.

UCLA is a public institution, legally bound to respect student and faculty First Amendment rights. The First Amendment and UCLA policy protect Klein’s academic freedom rights, including the right to manage the content and direction of his course and comment on matters of public concern. Further, the United States Court of Appeals for the Ninth Circuit has long held that the “desire to maintain a sedate academic environment,” however admirable, cannot justify limiting a faculty member’s “freedom to express himself on political issues in vigorous, argumentative, unmeasured, and even distinctly unpleasant terms.”

“In times of great social and political upheaval, our governmental and educational institutions face substantial pressure to foreclose on expression protected by the First Amendment,” Patton wrote in FIRE’s letter. “This, however, is when institutions must be most vigilant in refusing to do so. Penalizing protected expression is not a cure for addressing the underlying challenges faced by society.”