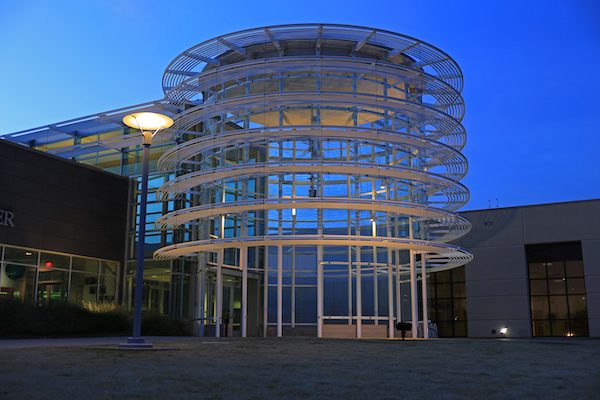 Today, FIRE wrote the University of Texas at Dallas urging it to end its investigation into Professor Timothy Farage over his tweet that we should find a “cure for homosexuality.” We told UTD it cannot investigate or punish faculty solely for their protected extramural speech, regardless of any offense it may have caused.

On July 15, Farage, a computer science instructor at UTD, tweeted: 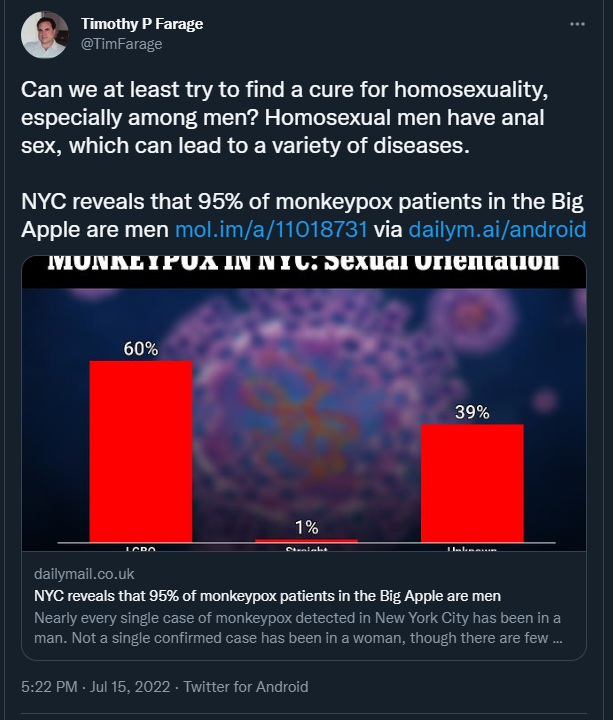 This tweet quickly led to sharp criticism from LGBTQ+ students and groups on campus. And the university released a statement the next day denouncing Farage’s tweet and encouraging members of the university community to take advantage of resources “aimed at affirming and assisting our LGBTQ+ community.” But then on July 18, UTD announced an investigation into Farage based on complaints about his tweets.

As we told UTD today, subjective offensiveness alone is not a constitutional basis for punishing expression at a public institution bound by the First Amendment. We wrote:

​​[W]hether speech is protected by the First Amendment is “a legal, not moral, analysis,”  and Farage’s tweet does not fall into any category of expression unprotected by the First Amendment. The “bedrock principle underlying” freedom of expression is that speech may not be limited “simply because society finds the idea itself offensive or disagreeable[.]”  It is this counter-majoritarian principle that protects “insulting, and even outrageous, speech in order to provide adequate breathing space” for public debate,  recognizing that those with authority “cannot make principled distinctions” between what speech is sufficiently offensive or inoffensive to suppress.

To be clear, members of the university community have the right to express their disagreement with Farage’s views on the matter — as a “more speech” approach encourages the free flow of ideas and allows for disagreement on contentious political matters.

However, the First Amendment prohibits the university from investigating Farage for the comment, as an investigation can constitute punishment in itself. The question of whether an investigation violates the rights of the speaker is not whether formal punishment occurs but rather whether the institution’s actions cause a “chilling effect” on free speech. A chilling effect occurs when an institution’s actions would  chill or silence a person of ordinary firmness from future First Amendment activities. Given the potential punishments Farage could face for his speech, the university’s investigation certainly threatens a chilling effect on his and others’ speech.

UTD must immediately cease investigating Farage for his speech, regardless of the offense it has caused. We hope to hear back from the university soon and will keep readers informed.

When we allow institutions to punish faculty for “offensive” speech in violation of the First Amendment, subjectively offensive speech of all political viewpoints is at risk. For example, less than a half hour drive from UTD in McKinney, Texas, professor Lora Burnett was non-renewed by Collin College for expressing liberal opinions. Burnett tweeted during the 2020 vice presidential debate: “The moderator needs to talk over Mike Pence until he shuts his little demon mouth up.”

Just as some found Farage’s expression offensive and called for him to be punished, legislators and administrators offended by Burnett’s tweet demanded she be punished — and the college complied, non-renewing her. That earned Collin College a lawsuit, and the college paid a settlement to Burnett of $70,000 and attorneys’ fees. FIRE urges colleges to heed our warnings to prevent similar outcomes.

UTD must immediately cease investigating Farage for his speech, regardless of the offense it has caused. We hope to hear back from the university soon and will keep readers informed.

Schools:  University of Texas at Dallas