On Monday, FIRE and nearly 90 supporters and friends gathered at the Jones Day law firm’s rooftop to celebrate the launch of FIRE’s First Amendment Library. Originally the small passion project of First Amendment law scholar Ronald Collins, the library is now designed to be a premier resource for information about the First Amendment’s five freedoms. The library contains a growing database of more than 900 First Amendment-related Supreme Court opinions, historical material, and special document collections you won’t find anywhere else.

FIRE President and CEO Greg Lukianoff welcomed attendees and acknowledged those whose efforts and support made the First Amendment Library possible. This included the library’s 15-member board of advisors, the Stanton Foundation, and Collins, among others, with a special thanks to FIRE’s Executive Director Robert Shibley and his assistant, Jackie Farmer. 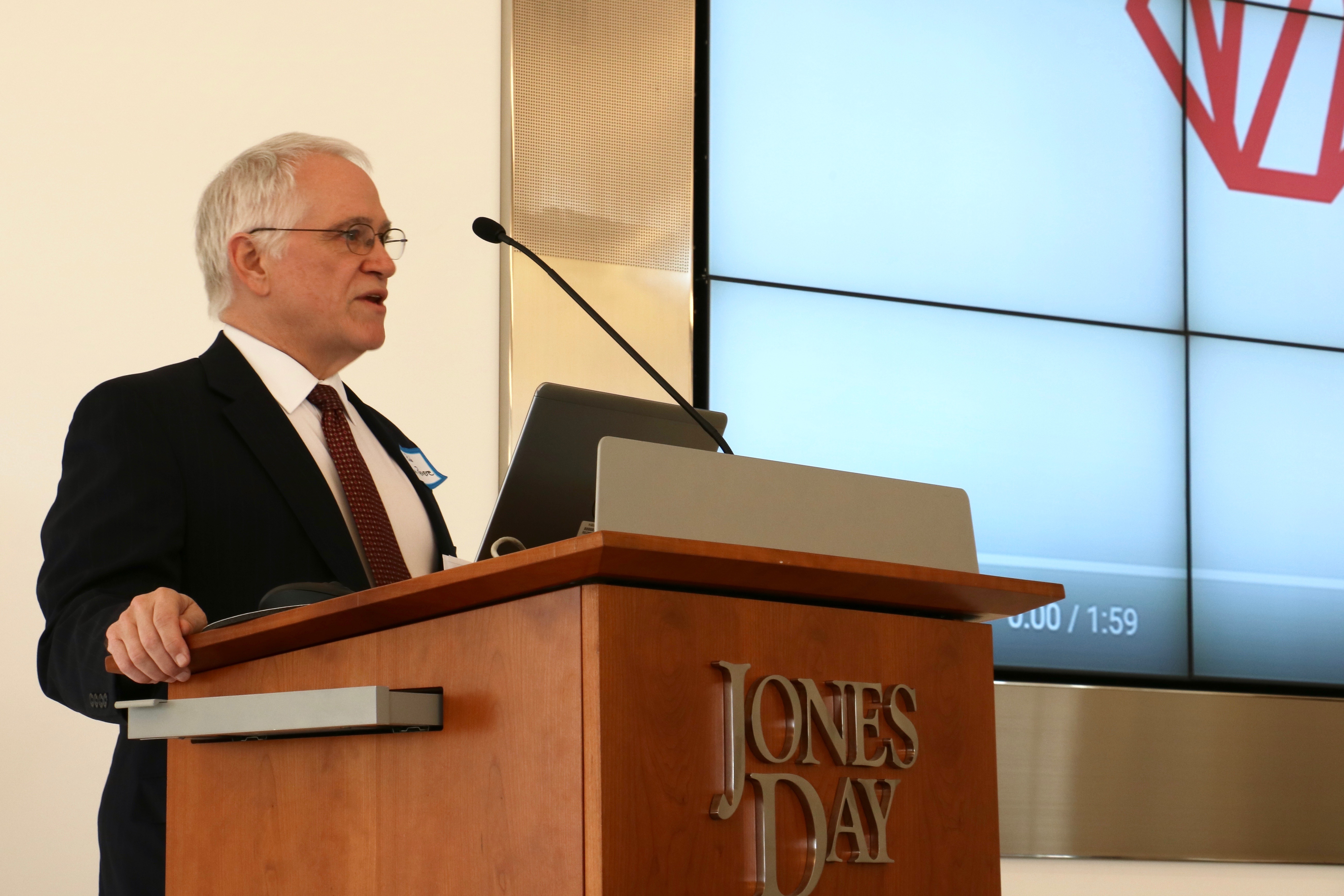 Bob Corn-Revere, a partner at the law firm of Davis Wright Tremaine and a leading expert on First Amendment law who has worked extensively with FIRE’s Stand Up For Speech Litigation Project, took to the podium to offer his remarks on the library as a valuable resource not only for students and the general public, but also for practicing attorneys. The First Amendment Library, he said, is not a typical database but a “comprehensive body of knowledge” bringing together news stories about the First Amendment, information on the advocates involved in First Amendment cases, case law, briefs, scholarly articles, popular articles, and more.

The library’s expansive contents, Corn-Revere said, are what set it apart from any other existing resource by offering the “broader stories” that make up the richness of First Amendment law:

He also gave a brief demonstration of how visitors can make use of all the features the First Amendment Library has to offer, highlighting search functions that allow users to browse the collection by topic (Freedom of Speech & Expression, Religion, the Press, Assembly & Petition, Association, and a special section devoted to “Cases on Campus”), hone in on specific subtopics (such as “Picketing,” “Electronic Media,” and “Gag Orders”), or locate cases from a specific year. Additional features of interest include an interactive timeline of the history of free speech, transcripts from the obscenity trials of comedian Lenny Bruce, and a collection of papers from Eugene Volokh, a member of the First Amendment Library’s Board of Advisors and an accomplished law professor and scholar. 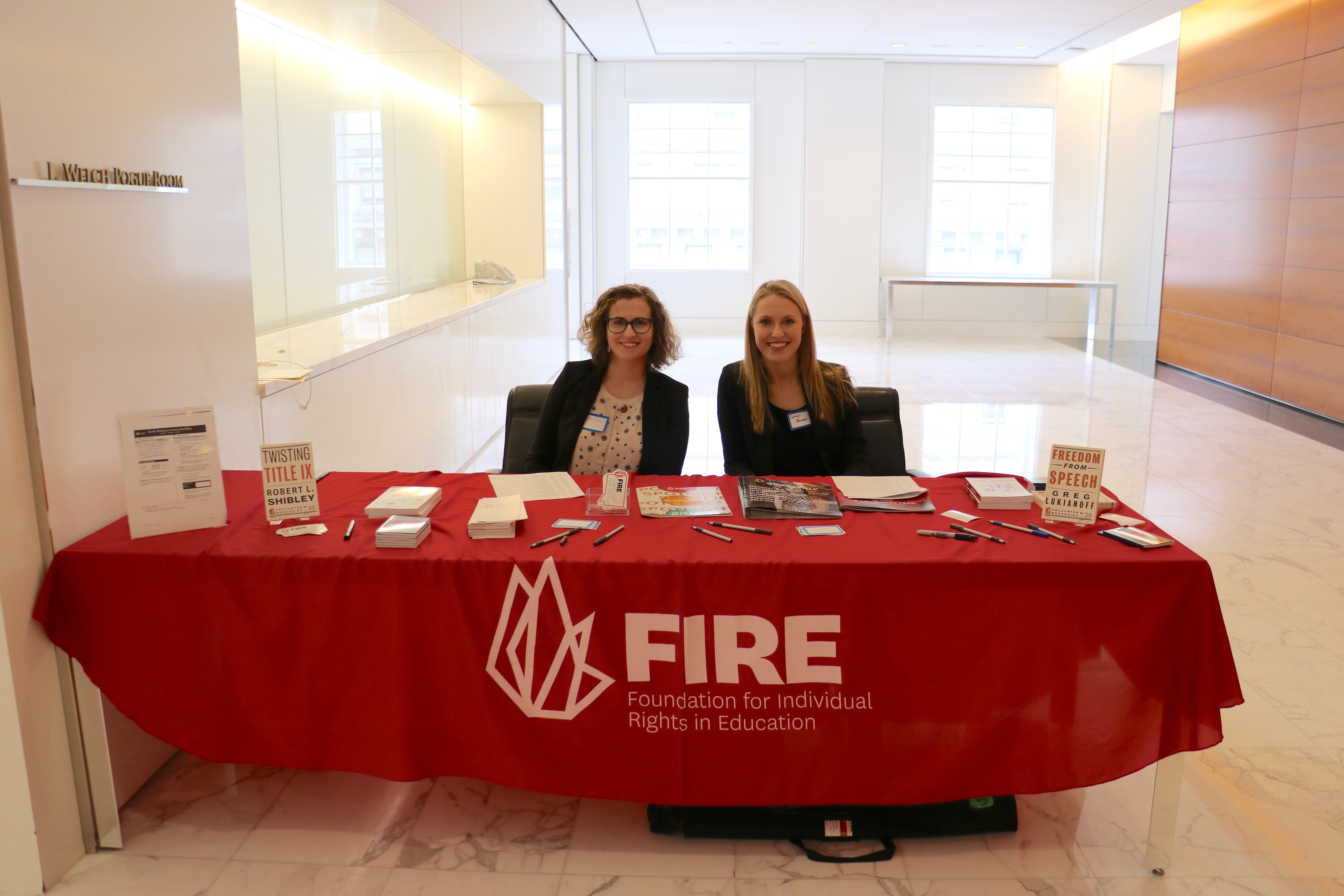 “We want this to be the best source there is, and a free source,” Shibley said. “Awareness of what is going on when it comes to First Amendment law is really critical to continue to preserve those liberties. So many people—students and faculty—don’t seem to understand the importance of free speech and free expression for everyone, and we want to do everything we can to change that.”

Closing remarks by Collins, editor of the First Amendment Library, emphasized the importance of turning an idea into a reality and how, with the help of dedicated individuals, his small collection of organized cases has become a living, growing tool for defending the First Amendment and educating Americans about their right to free expression: