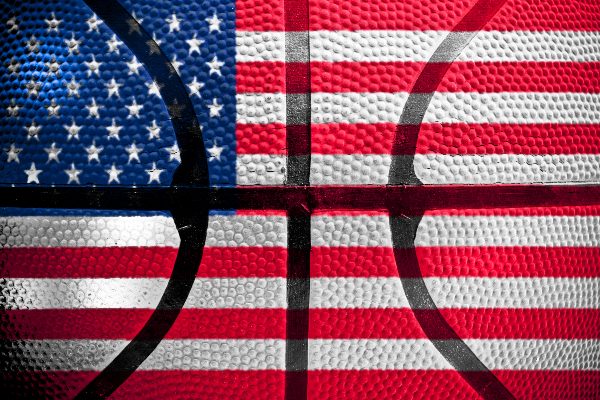 Last week, an image of the East Tennessee State University men’s basketball team taking a knee during the Star-Spangled Banner provoked an outcry from state legislators. Demands for action reached a crescendo on Monday, when all 27 Republican state senators called on public universities in Tennessee to ban the practice.

Today, FIRE, the National Coalition Against Censorship, and PEN America write two letters to the leaders of Tennessee’s public universities, including East Tennessee State University, urging them to resist calls to prohibit their student-athletes from exercising their First Amendment right to peacefully protest.

Before a game against UT Chattanooga on Feb. 15, the ETSU men’s basketball team locked arms and took a knee during the national anthem in what coach Jason Shay described as a symbolic protest against “racial inequalities and injustices.”

ETSU men's basketball coach Jason Shay says his team means no disrespect to the country's flag or armed services by kneeling during the playing of the national anthem before games. He said it's a call to action against racial inequality and injustice. https://t.co/JBcTZ0Vxug

As the photograph of the players kneeling circulated online, state lawmakers voiced their outrage.

The situation escalated this week. At a meeting of the Tennessee general assembly on Monday, lawmakers peppered a university attorney with questions about the protest and the students’ right to kneel. That was followed by all Republican members of the Tennessee Senate sending a letter to the leaders of the state’s public universities, calling on them to prohibit players from kneeling during the national anthem:

While we recognize our student athletes may express their own views on a variety of issues in their personal time, we do not condone any form of protest that could be viewed as disrespectful to our nation or flag while they are representing our state universities. When they don the jersey of a Tennessee university, they step out of their personal roles and into the role of an ambassador of our state. We expect all those who walk onto the field of play representing our universities to also walk onto the field of play to show respect for our National Anthem.

To address this issue, we encourage each of you to adopt policies within your respective athletic departments to prohibit any such actions moving forward. We view this as a teachable moment in which administrators may listen to concerns from students but also exercise leadership in stating unequivocally what the National Anthem means to this nation and explain proper times, places, and manners for expressing protest.

Any attempt to bar student-athletes from kneeling during the national anthem, however, would violate the First Amendment and Tennessee law by infringing on their right to peacefully protest and compelling them to engage in a demonstration of patriotism.

As FIRE, NCAC, and PEN America explained in our letters to the universities, the First Amendment protects symbolic expression, including the ETSU players’ act of kneeling during the national anthem to raise awareness of “racial inequalities and injustices.” And just as the First Amendment protects the affirmative right to speak or engage in expressive conduct, we wrote, “it also protects the corollary right to refrain from speaking”:

The refusal to stand in symbolic reverence of our national symbols is a well-established right under the First Amendment, as our Supreme Court recognized even in the dark days of World War II that requiring students to stand for the flag is contrary to our national commitment to freedom of conscience.

In its landmark 1943 ruling in West Virginia State Board of Education v. Barnette, the Supreme Court perceptively observed that compulsory patriotic ceremonies not only violate freedom of conscience, but are “barren of meaning” and “make an unflattering estimate of the appeal of our institutions to free minds.”

Our letters made clear that student-athletes have as much of a claim to these constitutional rights as other citizens:

Student-athletes do not leave their First Amendment rights on the locker room floor. A player who scores a game-winning touchdown might visibly give thanks to their Creator or, as Heisman Trophy-winning quarterback Tim Tebow was known to do, kneel in prayer. Athletes, still in uniform, regularly give post-game interviews sharing their personal views or thoughts about the game.

Even if, in limited circumstances, student-athletes’ expressive rights might yield to the need to maintain team order or discipline, the ETSU basketball players did not disrupt university functions or team cohesion. Rather, the team appeared to kneel in unison, and that decision was vocally supported by its coach.

Our coalition letters also rejected the legislators’ assertion that student-athletes are “ambassadors” of the state:

Given the prominent, national discussion about the meaning of athletes’ kneeling, the ETSU players’ protest cannot reasonably be understood as speech by the university, but instead as an expression of the students’ personal views. In that context, student athletes’ uniforms merely signify that they are on the team and do not turn them into university spokesmen, and the university’s inability to punish them for their speech does not mean that the university has endorsed it. To the contrary, the university has ample means at its disposal to share its own views of the players’ protest.

Some believe athletes’ practice of kneeling disrespects the flag, the country, and members of the military. Others, including ETSU coach Shay and NFL players who popularized the practice five years ago, deny that this is their intention. They say it is a respectful gesture intended to bring awareness to issues facing Black Americans. Explaining his players’ decision to protest, Shay said:

It was a decision our team made prior to the season as a call to action against racial inequalities and injustices. […] Our intentions by no means involve disrespecting our country’s flag or the servicemen and women that put their lives on the line for our nation. […] No one knows the sacrifice, the fear, the pain, the anxiety, the loss that they’ve experienced fighting for our country’s freedom and rights. But many of us don’t know the same sacrifice, fear, pain and loss the people of color have had to endure over 400 years.

Importantly, however, the First Amendment deprives government officials of the power to restrict speech on the basis that some, many, or most find it offensive or disrespectful, as “‘government officials cannot make principled distinctions’ between what speech is sufficiently innocuous or too offensive to be permitted.”

Student-athlete protests are nothing new. After all, students who play sports are no less human after they put on their uniforms. As FIRE has acknowledged, “[s]triking the balance between protecting student-athlete speech and ensuring the proper functioning of athletic programs is no easy task,” but “schools that unduly restrict the expressive rights of student-athletes face both courtroom losses and public embarrassment.” To that end, colleges and universities should consult FIRE’s Statement on College Student-Athletes’ Free Speech Rights, which will help schools “honor and protect the expressive rights of their student-athletes to the fullest extent possible.”

Student-athletes like the ETSU basketball players have a responsibility to their team, but not to outside observers who would prefer the students conform to their way of thinking. Those onlookers are entirely free to exercise their own First Amendment right to criticize the students’ actions and voice their own opinions on any issue. What they, and government actors, cannot do, is abolish the students’ expressive autonomy.