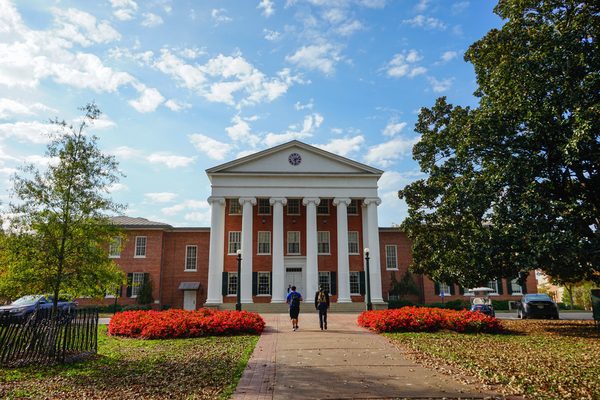 FIRE sent a letter to the University of Mississippi today calling for “a full and transparent account” of why the university decided not to renew the contract of assistant history professor Garrett Felber and asking the institution to reconsider its decision.

Felber, a public critic of Ole Miss’ record on racial equity issues, has taught at Ole Miss for four years. This year, he’s on leave, completing a fellowship at Harvard University’s Hutchins Center for African and African American Research.

The administration’s notice letter cites Felber’s reluctance to have a real-time conversation with his supervisor. But, as FIRE’s Individual Rights Defense Program Director Adam Steinbaugh notes in our letter, Felber was being called to have that conversation to discuss his exercise of his First Amendment rights:

Felber’s nonrenewal arose in the context of his public criticism. Indeed, his supervisor cited that public criticism as a basis for seeking to have a meeting with him. Accordingly, the University’s nonrenewal decision necessarily arises from his protected expression[.]

Second, the recommendation of nonrenewal, initiated by a supervisor publicly criticized by Felber, stands in stark contrast to her public praise of Felber less than four months earlier. As one federal appellate court has observed, “conflict is not unknown in the university setting given the . . . academic freedom” enjoyed by faculty. As Felber’s alleged misconduct amounts to little more than insisting that discussion on a contentious issue be conducted in writing, the excessive penalty imposed for this conflict, coupled with the supervisor’s reference to the public criticism, strongly suggests that the termination is motivated by Felber’s criticism, not his performance.

Following the announced nonrenewal, hundreds of scholars have signed an open letter to Ole Miss Chancellor Glenn Boyce, pledging to decline “all invitations to speak at, conduct professional service for, or otherwise be associated with” the university until the university either adequately justifies or reverses its nonrenewal of Felber.

If the letter Felber received is the sum total of Ole Miss’ rationale for his nonrenewal, it looks like retaliation for his criticism in violation of the First Amendment and should be reversed.

How we got here

Felber’s friction with the administration is related to his research and area of expertise, as listed in his official bio: “[T]wentieth-century African American social movements, Black radicalism, and the carceral state.” Felber is also the organizer of the Study and Struggle program, which seeks to educate community members and the public about “the interrelationship between prison abolition and immigrant detention.”

In October, Felber tweeted that his chair had rejected a $42,000 grant to the Study and Struggle program, arguing that a “political” program could jeopardize department funding. As Felber noted, that decision came two days after the University had publicized a $57,000 grant to the same program.

My chair just *rejected* a $42,000 grant from a major foundation we were awarded to support @study__struggle, a political education project on mass incarceration and immigrant detention, saying it’s a “political” not “historical” project, and could jeopardize department funding.

In the Twitter thread, Felber wrote that UM “prioritizes racist donors over all else … this antiracist program threatens racist donor money. And racism is the brand. It’s in the name.” He also echoed a Study and Struggle co-worker, agreeing that UM is “an arm of the state. It creates knowledge to legitimize state violence, it polices, it gentrifies, it discriminates, it silences, and it obstructs antiracism, anticapitalism, and abolition.”

Evidently, the relationship between Felber and his administration did not improve thereafter.

On Dec. 10, Department Chair Noell Wilson wrote to Felber. As quoted in the Mississippi Free Press, she informed Felber that the letter served as his “one-year notice of nonrenewal pursuant to the University of Mississippi’s Termination of Untenured Faculty policy[.]” The reason for the nonrenewal, in Wilson’s words, was Felber’s preference for written communication:

Respectfully, your effort to dictate or restrict the means by which I communicate with you is untenable. Your repeated refusal to talk with me makes it impossible for me to maintain a productive working relationship with you or supervise your faculty responsibilities.

Wilson listed three times she had attempted to have an oral conversation with Felber, one phone call and two proposed Zoom meetings. In each case, Felber responded that he preferred to communicate via email, and called on Wilson to address — to the department’s faculty members — the ramifications for academic freedom in the grant denial.

Felber did not refuse to communicate with his supervisor, but instead sought to channel communications on a particular subject to a written medium. His disinclination to “meet further about this”—“this” being the grant refusal—was instead interpreted by his supervisor as a refusal to meet at all, and amounts to a conflict that would be better addressed through, if anything, an express warning, not termination. [Emphasis added.]

While many of the headlines and reports about Felber’s case say that he was fired, that’s not legally accurate; a nonrenewal is not the same as a firing. As a non-tenured employee, Felber’s work is contractual; the wording of Wilson’s letter states that after the end of Felber’s current contract, he won’t be offered a new one.

The timing of Wilson’s letter, however, reinforces the ambiguity between firing and nonrenewal. Felber’s contract ends in May; the letter informs him that he won’t be renewed after next December. Does that mean they intend to renew Felber’s contract in May, then terminate it in December? Under UM’s rules, terminating a contract requires showing “contumacious” — willfully insubordinate, basically — conduct.

Felber’s speech as a private citizen on a matter of public concern is protected by the First Amendment and the principle of academic freedom. As an institution earning FIRE’s highest, “Green Light” rating in our Spotlight Database of speech policies, Ole Miss’s policies indicate its understanding and respect of those obligations. If the university attempted to punish or retaliate against that speech, it would violate Felber’s constitutional rights.

It’s possible the administration wasn’t at all offended by Felber’s description of their institution as a racist-funded capitalist shield for the police state. This could all be one big coincidence.

There also seems to be a disconnect between how Felber and Wilson understood their interactions about Zoom meetings and phone calls. If Wilson never actually directed Felber to attend a meeting, but only requested he do so, then Felber’s rejection of those requests and expressed preference for continued email communication are probably not insubordinate. If, on the other hand, Wilson told Felber the meetings were mandatory, and he failed to attend a mandatory meeting, insubordination could be a non-retaliatory basis for nonrenewal.

But even in that case, the circumstances of the nonrenewal — recommended by a supervisor who was publicly criticized by Felber and placed the request for conversations in that context — would require the university to show that it would have imposed this weighty penalty on Felber, a professor publicly lauded by the university just months earlier, even in the absence of his criticism.

It’s entirely possible that Ole Miss decided to nonrenew a respected scholar because he didn’t like Zoom meetings. It’s possible the administration wasn’t at all offended by Felber’s description of their institution as a racist-funded capitalist shield for the police state. This could all be one big coincidence.

But Felber’s nonrenewal comes at a moment, well-explained by Inside Higher Ed’s Colleen Flaherty, in which the institution is facing multiple accusations of attempting to suppress critics who accuse it of turning a blind eye to racism.

Among those controversies are that UM’s ombudsman was put on administrative leave after he sued the university to avoid having to disclose information about confidential conversations, in theory to determine who leaked documents suggesting that the university has tolerated racist comments from donors. In another controversy, associate professor of sociology James Thomas was investigated by state auditors for having participated in a Scholar’s Strike to protest racial injustice; UM has not commented on the investigation. (In October 2018, FIRE reported on Thomas receiving backlash from some state legislators after he tweeted about disrupting the meals of political opponents.)

Given these and other recent racial equity and transparency concerns, many are finding it hard to give the University of Mississippi the benefit of the doubt.

FIRE’s letter requests a response by Dec. 30. As the notice of nonrenewal places Felber’s last day at one year from Dec. 31, his immediate future is to continue his Harvard fellowship. Meanwhile, the academic shunning of UM will continue, and UM’s reputation will continue to suffer, until it either fully accounts for its actions — or acknowledges it can’t, and walks them back.

You can read FIRE’s full letter below: