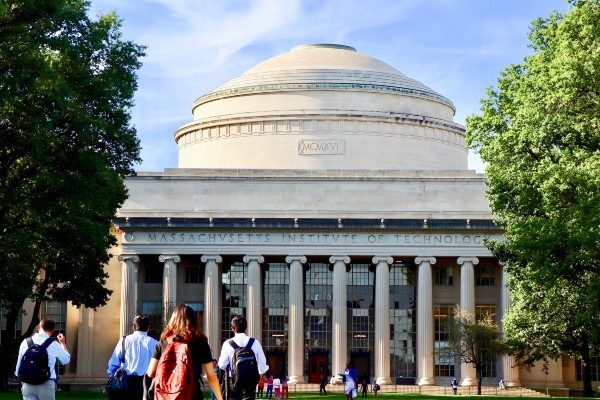 U.S. Immigration and Customs Enforcement announced last week that international students will be required to leave the country if their classes are held entirely online this fall, a measure some universities are adopting as COVID-19 continues to spread. Harvard and the Massachusetts Institute of Technology quickly filed a lawsuit against the U.S. Department of Homeland Security and ICE challenging the policy. This lawsuit has been followed by five others, filed by the Regents of the University of California, the State of California, Johns Hopkins University, a group of students in Los Angeles, and seventeen states joined by the District of Columbia.

Today, FIRE filed an amicus curiae brief in the lawsuit brought by Harvard and MIT, which asks a federal court to prevent the federal government from implementing the ICE policy.

As we explain in our brief, that policy will return students to countries that actively suppress speech, effectively removing their voices from classes in which they are ostensibly enrolled:

The lion’s share of these students—some 370,000—hail from the People’s Republic of China, the nation rated by Freedom House as “the world’s worst abuser of internet freedom” for four consecutive years. An additional 6,917 students originate from—and would presumably attend virtual classes from—Hong Kong, where expressive rights are rapidly deteriorating as the Chinese Communist Party imposes the “Great Firewall” to suppress its critics. ICE’s policy requires those students to study under the watchful eye of the Chinese government’s sophisticated regime of internet censorship and surveillance. This system denies internet users access to material required for basic academic discussions. Students studying remotely from China will, for example, be barred from discussing historical accounts of the Tiananmen Square massacre or China’s current use of concentration camps.

While China represents the most dramatic threat—in both size and sophistication—to students’ expressive rights, it is not the only such actor. Some 10,000 students could return to Turkey, where political speech, including criticism of President Erdogan, can lead to prison, and where universities have been purged of dissenting academics. Others—like nearly 8,000 students from Pakistan—may return to states where “blasphemous” speech may be met with state-sanctioned or extrajudicial death.

And the policy has the potential to impact more than just students. Faculty, too, could feel the effects as they face the choice of continuing to teach material that could result in students’ removal from class or, at worst, legal peril. Faculty might reasonably avoid such discussions to ensure students are kept in class and out of trouble, harming the education of domestic and international students alike.

Students, advocates, and legislators from around the United States have expressed increasing concerns in recent years about the potential impact Chinese government-led censorship could have on American classrooms. ICE’s policy, which would force U.S. universities to continue classes behind China’s Great Firewall, would serve to exacerbate those challenges, and increase the likelihood that students and educators will continue their studies behind a veil of self-censorship. The certainty that ICE’s policy will have the effect of enabling foreign censorship in American classrooms will result in precisely the “pall of orthodoxy” our constitutional system seeks to avoid.

FIRE would like to express its gratitude to our local counsel, attorney Jeffrey J. Pyle of Prince Lobel Tye LLP, for his assistance in filing our brief.