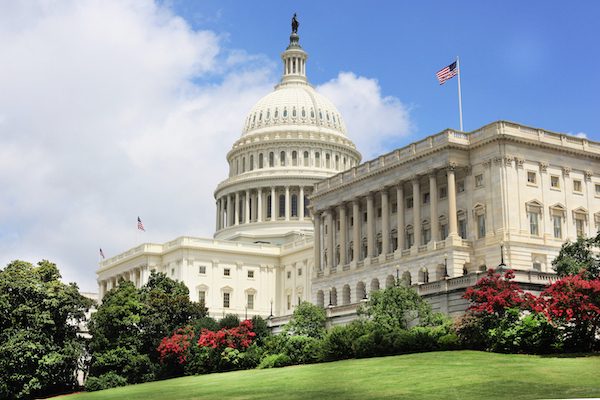 “We’re going to defend the communist as much as the socialist or anyone else, but it has to be free speech,” Murphy said of the purpose of the event. “That’s what this country is about. [Free speech is] not unilateral.”

Also participating were Reps. Elise Stefanik and Kat Cammack, as well as members of the newly-formed Alumni Free Speech Alliance (AFSA), and a representative from Young America’s Foundation (YAF). Attendees discussed threats to campus free speech and means of pushing back against threats of censorship, with a focus on how alumni might be part of the solution.

Stefanik asked about chilling effects limiting speech on college campuses, noting the number of students she’s spoken to who say they “cannot share their viewpoints” — despite the purpose of a university being to “foster that intellectual debate, not silence viewpoints.”

Want to attend a college that will protect YOUR free speech rights?

FIRE’s data confirms that Stefanik’s concerns are meritorious. Tyler directed participants to FIRE’s 2021 College Free Speech Rankings, which found that more than 80% of students self-censor at least some of the time and more than 20% self-censor often.

During the discussion, Stefanik asked Connor whether there are institutions doing a good job of inculcating cultures of free speech. Luckily, FIRE’s recent rankings data also provide key insight here. Connor identified Claremont McKenna College and the University of Chicago in the rankings as institutions ahead of the curve with respect to protecting free speech and academic freedom. He also noted that schools that openly defend and explain the importance of free speech performed better in these rankings. Purdue University, for example, has all first-year students participate in a free speech orientation program. Notably, and surely not coincidentally, Purdue ranked sixth-best among more than 150 schools nationwide.

Much of the conversation focussed on how alumni can help defend free speech on campus. On this point, Connor argued that alumni, as well as the AFSA and its five independent alumni groups, have the power to make a difference:

Whether it’s donating their dollars to a speaker series or individual programs, [alumni] have this influence and they can leverage it. It’s great to see the Alumni Free Speech Alliance and these five alumni groups step forward to lead the charge. Groups like FIRE can provide great resources to equip them with what they need, but it’s that personal and intimate connection with their alma mater that is truly going to effect change for all those students on those campuses.

Edward Yingling, co-founder of the Princetonians for Free Speech alumni group, said that “alumni across the country are deeply concerned about the future of their alma maters,” adding, “what they lacked was a mechanism to organize. With our alliance they saw the mechanism.”

We look forward to further engagement with legislators who support this vision for higher education in America, regardless of their political affiliation.

Roundtable attendees also discussed the challenge of protecting students from being bullied for expressing their beliefs. Tyler acknowledged the importance of this issue but warned against adopting an overly aggressive stance against bullying and harassment, pointing out that over-broad harassment codes are a common source of campus censorship. Fortunately, in Davis v. Monroe County Board of Education, the U.S. Supreme Court set the line for determining whether conduct constitutes unprotected harassment.

Elaborating on the Court’s definition of student-on-student harassment, Tyler explained:

Conduct has to be unwelcome, so severe, pervasive, and objectively offensive, that it effectively denies the victim’s access to their education. That is a high threshold — but appropriately so — because we want to protect this exchange of ideas on college campuses to the fullest extent that we can.

Murphy, a Republican, concluded by reminding attendees that campus free speech “is not just a conservative cause. This is for everybody.” FIRE could not agree more.

We look forward to further engagement with legislators who support this vision for higher education in America, regardless of their political affiliation.

You can watch the roundtable in full here, on Murphy’s YouTube channel.