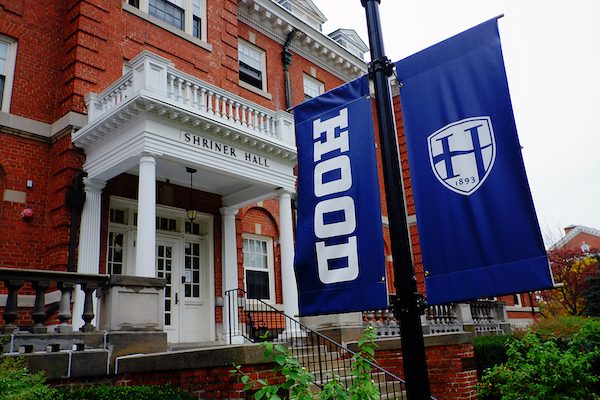 Today, FIRE wrote Hood College based on reports that the school fired a tenured professor after a video went viral in which the professor called conservatives “the enemy” and discussed being a “nonbinary immigrant lesbian.”

On May 4, a popular conservative Twitter account, Libs of TikTok, posted a video of professor Simone Kolysh calling conservatives “the enemy” and saying conservatives would “lose the war” because “anti-trans, anti-LGBTQ, anti-women legislation galvanizes . . . Gen Xers in a way we’ve never seen before.” In response, thousands of Twitter users liked, retweeted, and commented on Libs of TikTok’s post — and many tagged Hood College and called for Kolysh to be fired.

Today I got fired from my tenure track job because some students said I spoke ‘about Black people too much’ and ‘spread lesbianism’ and the administration was like, ‘cool, legit’ and for my TikTok where I said I hate conservatives for roe v wade. Know I am well. 💗

Based on Kolysh’s tweet and an article by the Daily Caller, FIRE wrote Hood College today to explain that, if this is true, the school violated its commitments to faculty academic freedom rights by firing Kolysh because of this speech.

If reports that Kolysh was fired based on viewpoint are accurate, Hood College must immediately return Kolysh to the classroom.

Regardless of the pushback or content of speech — so long as it does not fall into a narrow category of unprotected speech, like true threats or incitement, which Kolysh’s speech here does not — imposing punishment for protected expression contravenes Hood College’s promise that “faculty may write about and discuss freely any subject of intellectual inquiry and shall not be subject to censorship, discipline, or intimidation.”

As we wrote the college:

Given Hood College’s clear and strong commitments to faculty free expression, it may not punish or fire faculty members like Kolysh for expressing their views, regardless of the speech’s content or the negative attention the college received. The “bedrock principle underlying” freedom of expression is that speech may not be limited “simply because society finds the idea itself offensive or disagreeable[.]”  It is this counter-majoritarian principle that protects “insulting, and even outrageous, speech in order to provide adequate breathing space” to public debate,  recognizing that those with authority “cannot make principled distinctions” in determining what speech is sufficiently offensive to suppress.

The subjectively controversial nature of expression does not give the college free reign to violate its free expression promises. If reports that Kolysh was fired based on viewpoint are accurate, Hood College must immediately return Kolysh to the classroom and publicly reaffirm to faculty that the college will honor its commitments to faculty expressive and academic freedom rights.

FIRE asked Hood College to respond to our letter by June 22. We’ll keep readers updated as to any new developments.