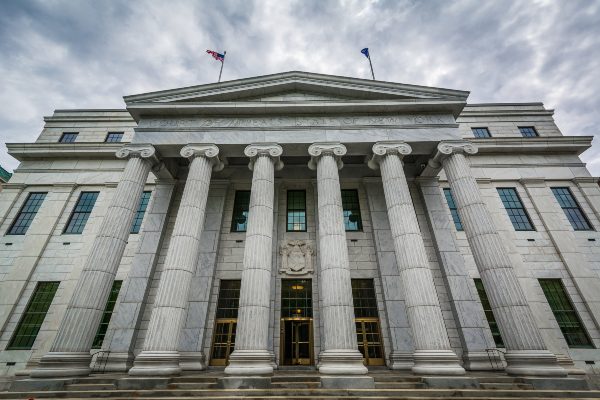 FIRE filed a brief in New York’s highest court today, asking the court to accept an appeal from the Fordham students who have been trying to form a pro-Palestinian club since 2015.

The filing comes on the same day Fordham was named one of FIRE’s 2021 10 Worst Schools for Free Speech.

As we have covered in depth previously, a Fordham dean denied recognition to a chapter of Students for Justice in Palestine in 2016 after a year-long approval process because its “sole purpose is advocating the political goals of a specific group” and could lead to “polarization.” The approval policies given to the students not only failed to state that the dean’s approval would be needed at that stage, but did not list “polarization” as a basis for rejection.

With the help of Palestine Legal, the students sued under a New York law permitting students to challenge the decisions of private colleges when those decisions are arbitrary or the university violates its own rules. In August 2019, the students won in the trial court; in December of 2020, the appellate court reversed that decision.

The appellate division’s brief ruling rested primarily on the legal doctrine of mootness. The original plaintiff had graduated, and the court therefore determined there was no need to decide this case, because a future student could sue if they wanted to. The court then went further, stating that even if they reached the merits, Fordham “followed its procedure” in rejecting the club. The first rationale is a misstatement of the law; the second is a misstatement of the facts.

The case fits an exception to the mootness doctrine

The mootness doctrine is rooted in the idea that if a court cannot actually provide relief in a case, it lacks the power to hear the case. If a student has already graduated, he or she can’t form a club, and the case is moot. But there is an exception to the mootness doctrine for cases that are “capable of repetition but evading review,” and this case is a classic example of why that exception exists.

As of today, it has been five years, two months, and 30 days since the Fordham students applied for club recognition, and the case still isn’t fully resolved. If a student is going to sue Fordham for denying a club application and have that resolved within the four years that four out of five Fordham students take to graduate, apparently they’ll have to apply for club recognition in the middle of their junior year in high school.

But we don’t need to look at hypotheticals to see this fact pattern is evading review. As FIRE’s brief observes, borrowing a phrase from editorial cartoonist Bill Mauldin:

To the best of amicus FIRE’s research, this Court has never considered an Article 78 case involving a university’s suppression of a college student’s free speech rights. Article 78 has been the law of this state since 1937; in that time, New York has produced millions of college graduates, and this Court has heard thousands of Article 78 appeals. Statistically speaking, this pattern of conduct is not just evading review, it is a “fugitive from the law of averages.”

The appellate court went beyond mootness to state that, if it had reached the merits, it would have found that Fordham “followed its procedure.” In making that point, the court cites a case where a school had a specific rule and used its discretion to determine the rule was violated. But, and this is critical, Fordham had no rule against forming “polarizing” clubs.

In fact, to the extent Fordham has rules about expression, it purports to protect expression. And having promised to offer that protection, FIRE’s brief notes, Fordham can and should be held to the promises it makes:

This case is not about interfering with Fordham’s right as an educational institution to create and enforce academic standards. Rather, it is about holding Fordham accountable for abandoning its voluntary, binding commitments in a way that frustrates students’ expectations and is antithetical to the role of a university as a venue for open inquiry.

Fordham’s conduct is a pattern

This case is going on while Fordham remains under investigation by the Department of Education for its handling of the Austin Tong case, in which a student was expelled for posting a picture of himself holding a gun on Instagram.

In a court filing in that case (which was subsequently dismissed), Fordham asserted its “prerogative to limit a student’s free expression rights[.]” Meanwhile, it promises students “a right to freely express their positions and to work for their acceptance whether they assent to or dissent from existing situations in the University or society.” Fordham lost its prerogative to deny student rights when it promised to protect them.

At a basic level, Fordham’s conduct is little more than a bait and switch. If a store advertised a business suit but delivered a bathing suit, consumer protection laws in New York wouldn’t let the store get away with it. The state of New York has to be willing to provide the buyer of a $200,000 education the protection it offers to buyers of $200 suits.

The brief was filed by Jay M. Wolman of Randazza Legal Group, who also filed a brief on FIRE’s behalf at the appellate level. We are grateful for his ongoing assistance in defending the rights of these students.

Disclosure: A long, long time ago, the author attended Fordham College at Lincoln Center and Fordham University School of Law.