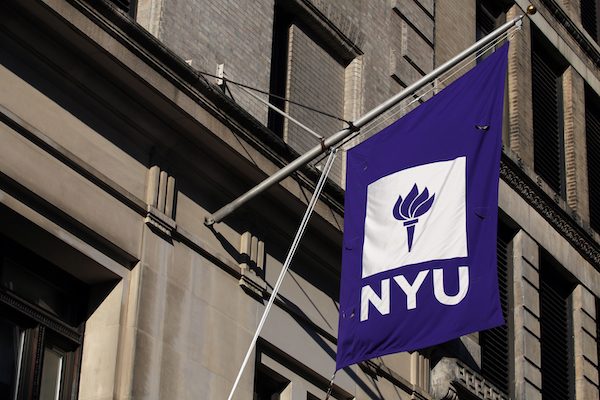 Today, FIRE wrote New York University School of Law urging it to end an investigation into complaints of harassment based on a statement by Law Students for Justice in Palestine criticizing Zionists. Although some were offended by LSJP’s statement — which made several allegations including that the “Zionist grip on media is omnipresent” and that “people living under occupation have a right to resist their violent occupation” — it remains core political expression protected by NYU’s clear commitments to students’ expressive rights.

The statement from NYU’s LSJP chapter came two hours after an April 7 email from NYU’s Law Students for Israel, which stated, in part, “Few countries have faced as much violence, hatred, and delegitimization as the State of Israel.” The statement also said: “The Middle East is big enough for all its indigenous peoples to enjoy self-determination, security, and prosperity. Do not give credence to those, including in our Law School, who say otherwise.”

LSJP’s response said Law Students for Israel “flips the realities of aggressor and victim on its head,” and criticized Israel as an “apartheid regime.”

LSJP went on to say the media “craft a narrative of necessary ‘self defense’ and ‘security’” and Zionists suppress “evidence of their own violence, occupation, and dehumanization.” The statement also said, “Zionists falsely equate Palestinian resistance and Israeli oppression as a ‘conflict’ with two sides.”

The Washington Free Beacon reported that 11 student groups subsequently expressed support for LSJP’s statement. However, in the latest example of students turning to administrators to try to silence differing opinions on the Israeli-Palestinian conflict, some students submitted complaints to NYU administrators alleging that LSJP’s statement and support of it amounted to harassment. The university then said it would investigate, “as required by [its] policies.”

As FIRE has long argued investigations into protected expression chill speech. Although NYU is a private university not bound by the First Amendment, it makes strong promises to students that they enjoy expressive rights. This includes the right to make subjectively offensive statements which do not rise to the level of unprotected harassment. Given that NYU makes these promises, it must not investigate speech that is clearly protected, and it may not punish students for merely exercising their expressive rights — even when doing so causes controversy.

FIRE takes no position on the merits of the Israeli-Palestinian conflict. But it’s clear that none of the dialogue that’s been made public here meets the U.S. Supreme Court standard for what constitutes punishable student-on-student, or peer, harassment. The Supreme Court defined peer harassment in Davis v. Monroe County Board of Education. In order for student conduct — including expression — to constitute discriminatory harassment, it must be: (1) unwelcome; (2) discriminatory on the basis of a protected status; and (3) “so severe, pervasive, and objectively offensive that it can be said to deprive the victims of access to the educational opportunities or benefits provided by the school.”

As we argue in our letter, although some may have considered LSJP’s statement unwelcome and discriminatory based on national origin, there is no credible argument that the statement was so severe and pervasive that it deprived students of educational opportunities. A controversial issue like the Israeli-Palestinian conflict is bound to result in speech on both sides of the divide that causes anger and offense. But as a federal court recently stated in a case involving a professor’s claim of hostile work environment stemming from speech on this topic, if “disagreements on a contentious geopolitical conflict” could in and of themselves form the basis of a harassment or discrimination claim, it would “serve as [a] parking brake on those academic and public debates about those highly contentious topics.”

The Free Beacon argues NYU may be obligated to punish students for signing onto LSJP’s statement based on NYU’s 2020 settlement agreement with the Department of Education’s Office for Civil Rights, which prohibits the university from discriminating based on national origin. Yet, as we explain in today’s letter:

NYU’s settlement agreement with OCR does not prohibit heated exchanges of political views that fall short of discriminatory harassment as defined in Davis. And, given that LSJP’s statement does not constitute such harassment and is protected by NYU’s promises of free expression, NYU cannot investigate or otherwise punish the speech. Investigations into protected speech cause an impermissible chilling effect on both the students involved and on other NYU students and faculty, as they may self-censor for fear of facing investigation or punishment for expressing controversial opinions.

Students must have the right to express opinions on all sides of controversial issues, within the bounds of the law.

NYU could have fulfilled its obligations to evaluate complaints had it conducted a cursory review of the allegations against LSJP and quickly determined the email alone could not constitute unprotected hostile environment harassment.

Criticism of LSJP’s speech is, of course, also protected expression. That is the marketplace of ideas in action. For example, as George Mason University law professor David Bernstein observed on the Volokh Conspiracy blog:

For what it’s worth, I think it’s a mistake to make the controversy a matter of discrimination or harassment policy. Rather, the essence of the problem is that some NYU law students (1) dehumanize Israelis to the point where they think murdering them for no reason other than that they exist is ok; and (2) either don’t understand why stating that “Zionists” control the media is antisemitic, or do understand and think that spreading racism is okay so long as it’s for the greater good of Palestinian nationalism. This is a problem regardless of whether the students in question violated NYU policy, and it may also be a problem to find that political opinion, no matter how noxious, violates NYU policy.

NYU has many options available to it to combat anti-Semitism that do not involve censorship. One permissible option would be educating its student body about the issue, so long as that education doesn’t target specific students for education or compel speech by requiring affirmative agreement with a specific viewpoint.

FIRE defends not only the rights of LSJP and their supporters, but would also defend the expressive rights of NYU’s Law Students for Israel.

FIRE has seen those on both sides of the Israeli-Palestinian conflict turn to university administrators to silence protected speech of those with whom they disagree. This is destructive for everyone. That’s why it’s important to point out that NYU must not seek to address the issue by conducting chilling investigations into those on the other side of the issue who might engage in controversial speech that might be deemed anti-Arab or anti-Muslim.  Students must have the right to express opinions on all sides of controversial issues, within the bounds of the law, regardless of whether those opinions are widely considered offensive or even repugnant.

FIRE defends not only the rights of LSJP and their supporters, but would also defend the expressive rights of NYU’s Law Students for Israel — and anyone whose protected expression is threatened on campus. If students or faculty are being investigated or punished for speech supportive or critical of pro-Palestinian or pro-Israel groups, FIRE is here to help.