FIRE > Newsdesk > Press Releases > FIRE to President Biden: Let’s work together to protect free speech and due process on campus 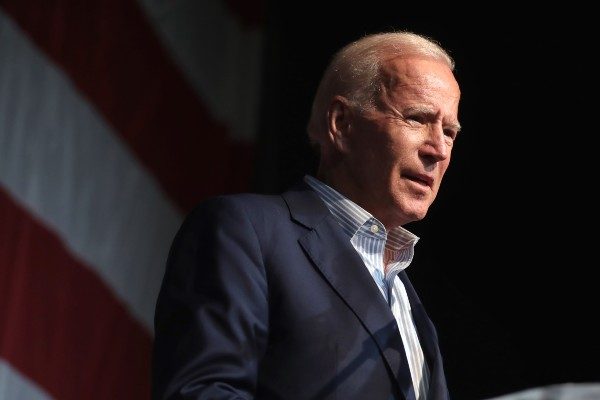 WASHINGTON, Jan. 20, 2021 — Today, Inauguration Day, the Foundation for Individual Rights in Education sent President Joe Biden an open letter congratulating him on his inauguration as president of the United States and urging him and his administration to protect the freedom of speech and civil liberties of America’s college students and faculty — millions of whom attend and work at schools with stifling and unconstitutional speech codes or unfair disciplinary procedures.

“Students and faculty of all political persuasions and demographic backgrounds are routinely censored and denied any semblance of a fair, impartial hearing,” wrote FIRE President and CEO Greg Lukianoff in the letter. “Through individual words and actions, and through the words and actions of federal agencies like the Department of Education, you and your administration have a tremendous opportunity to strengthen our national commitment to protecting core civil liberties on campuses nationwide.”

As with similar letters to President Donald Trump and to President Barack Obama upon their inaugurations, FIRE’s Inauguration Day letter to Biden discusses pressing civil liberties concerns in higher education. The letter additionally suggests ways the Biden administration can work to reverse harmful policies and actions that restrict free expression and threaten due process protections.

FIRE’s letter emphasizes common ground with the new administration. It recalls Biden’s commendable 2017 comments on free speech on campus when he noted his experience teaching constitutional law at Widener University and observed that “[t]he First Amendment is one of the defining features of who we are in the Bill of Rights. And to shut it down in the name of what is appropriate is simply wrong. It’s wrong.”

FIRE’s letter to Biden explains the shameful prevalence of unconstitutional campus restrictions on expression. Today, FIRE’s research indicates that 85% of top public colleges and universities FIRE surveyed have speech codes that run afoul of the First Amendment. Far too many institutions of higher education employ these unconstitutional policies or other means to engage in egregious acts of censorship. In its letter, FIRE noted that threats to free speech target people across the political spectrum or for reasons unrelated to politics, and thus require a president who will defend free speech on campus whenever it is in jeopardy.

FIRE’s letter also asks the Biden administration to combat campus sexual misconduct in a manner that protects the rights of accusers and accused alike. “Since 2011, at least 151 state and federal courts have issued decisions favorable to students raising concerns about the lack of meaningful procedural protections in campus adjudications,” Lukianoff wrote.

The Department of Education’s recently implemented Title IX regulations provide  essential procedural protections for the accused while clearly setting forth institutions’ obligations to complainants, thereby furthering the critical task of protecting the rights of all students. FIRE urges the Biden administration to uphold and defend these important procedural protections.

“Freedom of speech and due process are in serious need of protection on our nation’s campuses,” Lukianoff cautioned in the letter.

As a nonpartisan, nonprofit organization dedicated to defending liberty, freedom of speech, due process, academic freedom, legal equality, and freedom of conscience on America’s college campuses, FIRE stands ready to work with the Biden administration to advance and defend these core rights on American campuses.