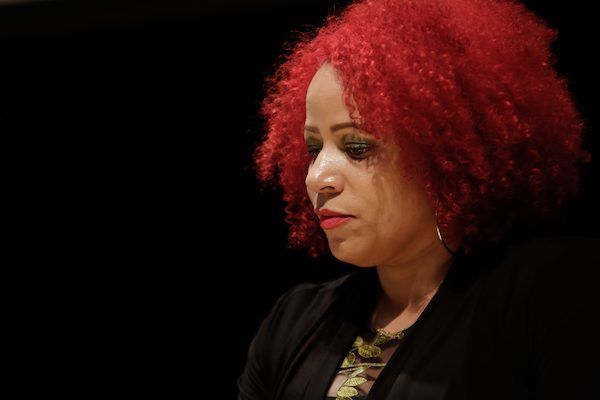 Fallout continues at my alma mater, the University of North Carolina, where news broke last month that the board of trustees refused to approve the faculty’s recommendation to offer tenure to award-winning journalist Nikole Hannah-Jones, creator of The New York Times’ 1619 Project. The controversy has dragged the campus community into a bitter dispute, pitting many faculty and administrators who side with Hannah-Jones against multiple trustees and at least one high-profile donor who have expressed objections to Hannah-Jones’ candidacy.

Last week, FIRE sent a letter to the board detailing our understanding of the facts and expressing concern that it appears to have deviated from its normal tenure appointment process in Hannah-Jones’ case because of her viewpoint. Hannah-Jones has been offered a position at UNC’s Hussman School of Journalism and Media as the Knight Chair in Race and Investigative Journalism, a position intended to come with tenure upon appointment, as it always had in the past. For Hannah-Jones, however, it has instead been offered as a five-year term, despite recommendations by faculty and administrators that Hannah-Jones be given the usual tenure.

Academic freedom, free expression, and shared governance are the lifeblood of colleges and universities.

In evaluating whether viewpoint- or content-neutral justifications drove a decision, or whether the decision was instead motivated by political or viewpoint considerations, we look to comparable decisions by the institution to gauge whether it would have reached the same decision in the absence of the speech. In Hannah-Jones’ case, objections based on her teaching experience do not appear to be consistent with other decisions by the institution’s board.

In our letter, we urged greater transparency as the board reconsiders her tenure recommendation:

Given that several trustees reportedly told a journalist that the trustees’ evaluation of the matter was marred by “political” considerations, that emails were exchanged between a key donor and the university regarding Hannah-Jones’s viewpoint, and that there have been significant efforts by lawmakers across the United States to squelch classroom discussion of the 1619 Project (a New York Times Magazine initiative developed by Hannah-Jones), we are concerned that this departure in practice represents differential treatment based on political views or considerations.

Regardless of one’s opinion of Hannah-Jones’ journalistic endeavors or the arguments she advances, the board’s reported refusal to even consider tenure for Hannah-Jones in a fair and transparent process threatens to chill academic freedom and undermines shared governance. As an alumnus of the Hussman School and as someone who defends expressive freedoms for a living, to say that UNC’s apparent departure from these essential tenets concerns me would be an understatement.

Academic freedom, free expression, and shared governance are the lifeblood of colleges and universities for conservatives and liberals alike. If donors or trustees are allowed to retaliate against faculty over ideological differences, academic freedom will cease to exist in any meaningful way for faculty across the political spectrum.

Board ‘chose not to take action’

As the unusual circumstances of Hannah-Jones’ faculty appointment — and subsequent tenure denial — started to go viral, the board appears to have failed the test of leadership at every critical juncture.

Our letter to UNC does not focus on the debate regarding the 1619 Project, as we take no position for or against the project, but instead are concerned with how decisions by political appointees will have a chilling effect on academic debate. In fact, academic work often spurs debate, and this debate is an essential function of the marketplace of ideas.

What is clear in this case is that, in January, faculty and administrators recommended a “slate” of tenure candidates, which included Hannah-Jones, to the board. At this stage in the process, her tenure materials would have already been extensively critiqued by a panel of 12 faculty members who had deemed her scholarship adequate for an offer of tenure, as well as reviewed by at least two levels of university administrators.

Despite the recommendation from faculty, the board did not vote on Hannah-Jones’ tenure. Instead, Chuck Duckett, who chairs the committee that initially reviews the provost’s recommendations, indicated he had “questions for clarification about [her] background” and “suggested more time and postponed the review to consider those questions and her overall application.” The News & Observer later cited Duckett as having “questions related to Hannah-Jones’ experience in the classroom, among others, and that no one answered them.” In essence, this was comparable to a pocket veto.

Our statement on the reports that @nhannahjones was denied tenure at @UNC for viewpoint discriminatory reasons. https://t.co/LeMTVg6iJj @adamsteinbaugh pic.twitter.com/fZ1l76XgXC

But Duckett’s concerns don’t add up. All four of UNC’s previous Knight chairs were approved for tenure upon appointment at the recommendation of the faculty. Moreover, because the intent of the Knight chair program is to bring skilled practitioners with experience outside of academia to UNC, previous Knight chairs — and other faculty at the Hussman School and other top journalism schools — often had neither prior teaching experience nor a doctoral degree. For example, Penny Abernathy, who served as Knight chair during my tenure at the Hussman School, and who retired from the position in 2020, had no significant teaching experience before taking the post and does not have a doctorate. Rather, she worked as a reporter for 15 years at various metro newspapers before joining The New York Times — a professional trajectory that is in some ways strikingly similar to that of Hannah-Jones. It’s not at all uncommon for journalism faculty to be hired on the strength of their professional resume rather than based on a traditional academic background. Even the Hussman School’s dean, Susan King, comes from a professional journalism background and does not have a doctorate.

How did Duckett arrive at the conclusion that Hannah-Jones’ candidacy deserved greater scrutiny than others? He admitted to not viewing Hannah-Jones’ tenure dossier until faculty submitted it for a second time on Tuesday, May 25 — again suggesting that Hannah-Jones’ tenure bid was treated differently than other candidates, including those on the same slate. If Duckett did also not have access to the dossiers of other candidates, on what basis did he ascertain that they were qualified for tenure?

As FIRE said in our letter to UNC, Duckett’s comments call into question the board’s handling of the tenure review process:

A political appointee’s insistence on re-evaluating a candidate’s teaching experience—when already known to the multiple levels of faculty members and administrators who reviewed and approved her application, and when similarly situated candidates were not given the same scrutiny—raises serious concerns that the Board’s decision is motivated by opposition to the candidate’s political views or other impermissible grounds.

On May 19, NC Policy Watch reported that because Hannah-Jones’ tenure bid had stalled, administrators had instead offered her a five-year contract, which does not require board approval. One trustee, speaking anonymously, described the matter as “a very political thing,” and a second “confirmed the political environment made granting Hannah-Jones tenure difficult, if not impossible.”

A few days later, news emerged that Hannah-Jones’ tenure process had become “a very political thing” in part because UNC mega-donor Walter Hussman Jr. had contacted several UNC administrators to express misgivings about Hannah-Jones’ viewpoint and the possibility of bringing her on to teach in the school that bears his name. Hussman also reportedly shared these concerns with at least one trustee, Kelly Matthews Hopkins.

Casting a chilling effect on the marketplace of ideas

While trustees may exercise an appropriate level of involvement in tenure decisions, they must do so with their obligation to act as stewards of the academy in mind. They must not act in such a way that “cast[s] a pall of orthodoxy over the classroom” or that imposes a chilling effect.

Decisions by politically-appointed trustees will naturally be treated skeptically when they involve the appearance of political influence. That militates against taking action that might, even unintentionally, have a chilling effect at an institution dedicated to the free exchange of ideas. As FIRE wrote to UNC, “trustees must take special care to avoid actions that may inadvertently cause a chilling effect, and adverse actions on tenure — which are exceedingly rare at the board level—must consider the potential chilling effects that would be occasioned by an unexplained departure from traditional procedure or practice.”

To avoid exacerbating the chilling effect their previous decisions have had on faculty and students, the UNC board must commit to moving forward on Hannah-Jones’ tenure review process in a fair and transparent manner.

When students or faculty believe that decisions made by university’s governing body are driven by political considerations, they may begin to self-censor their research, teaching, and public commentary to avoid running afoul of trustees or administrators. And, intended or not, conversations I’ve had with faculty and students at UNC reveal that this chilling effect is exactly what has resulted from the board’s handling of Hannah-Jones’ case.

UNC may soon find that the damage to its reputation far exceeds whatever political cost certain trustees would have faced for granting Hannah-Jones tenure. In addition to pending lawsuits, faculty petitions, warnings from student government, and the fallout on social media, at least one faculty candidate, professor Lisa Jones of the University of Maryland, Baltimore — long sought after by UNC’s chemistry department — withdrew her candidacy with the university because of the board’s handling of Hannah-Jones’ tenure recommendation.

To avoid exacerbating the chilling effect their previous decisions have had on faculty and students, the UNC board must commit to moving forward on Hannah-Jones’ tenure review process in a fair and transparent manner, and base their decisions on objective criteria that is publicly laid out and consistently enforced. While tenure decisions naturally require the evaluation of subjective criteria, trustees — often political appointees selected because of their experience running organizations and setting policy — are rarely qualified to make those subjective evaluations and which are best left to the rigorous evaluation process completed by faculty. To the extent possible, there can be no more closed-door decisions, finger pointing, or lack of accountability.

Any less will undermine academic freedom and will risk serious and permanent damage to the reputation of the institution which, until recently, I was proud to call my alma mater.

FIRE, a free speech non profit, effectively and decisively defends the fundamental rights of tens of thousands of students and faculty members on our nation’s campuses while simultaneously reaching millions on and off campus through education, outreach, and college reform efforts.