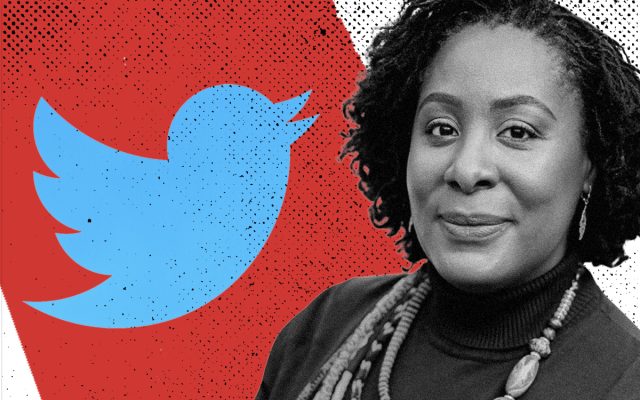 Queen Elizabeth’s death yesterday spurred a global outpouring of grief from many of her fans, alongside discussion and debate about the complicated history of England’s monarchy. Much of this debate took place on Twitter, which, for better or worse, serves as a modern public square for commentary about current events.

But critics succeeded in at least partially silencing one such commentator: Carnegie Mellon University professor Uju Anya, who wrote on her personal account hours before the Queen’s death was announced: “I heard the chief monarch of a thieving raping genocidal empire is finally dying. May her pain be excruciating.”

Amid a wave of criticism — including from Amazon founder Jeff Bezos — and calls for CMU to punish Anya, Twitter removed the tweet from its platform, citing a rules violation.

While Twitter censored Anya — likely under its murky rule banning “wishing, hoping, or calling for serious harm on a person,” except where Twitter chooses, in its sole discretion, to make an exception — FIRE urged CMU not to do so in a letter late yesterday, reminding the school it promises faculty free expression.

‘May her pain be excruciating’

If anyone expects me to express anything but disdain for the monarch who supervised a government that sponsored the genocide that massacred and displaced half my family and the consequences of which those alive today are still trying to overcome, you can keep wishing upon a star.

Anya’s critics ranged from anonymous Twitter users to Bezos, who said, “This is someone supposedly working to make the world better? I don’t think so. Wow.” Others, however, supported Anya’s point of view, with one user tweeting, “I don’t know why they expect people to be gracious, when the monarchy has gone around ransacking the entire world.”

It seems the nays outweighed the yeas — if not in number, then in influence — because, within hours, Twitter removed Anya’s tweet.

By late afternoon, CMU released a statement condemning Anya but stating that “free expression is core to the mission of higher education.”

In removing Anya’s tweet, Twitter cited a rule violation, but did not make publicly clear which rule was violated. Twitter’s policies prohibit users from wishing death on an individual or group of people, except “in limited cases” — which, of course, Twitter gets to pick. This arbitrary enforcement lends credence to critics who allege Twitter subjectively enforces its rules, favoring the loud and powerful.

Twitter itself claims to serve “the public conversation” and to represent “what people are talking about right now.” Anya’s voice is part of that conversation and must not be censored.

Although private social media companies like Twitter may have the authority to determine what content is displayed on their platforms, it is unwise for them to use that power to censor speech solely because it’s unpopular. There is value in viewpoint diversity and in possessing knowledge about others’ arguments. By shutting down Anya’s speech, Twitter not only prevented Anya from expressing her viewpoint, but also prevented the public from learning more about her and hearing a perspective that they may not have considered.

We have urged, and will continue to urge, Twitter to look toward First Amendment standards for guidance — specifically standards around viewpoint discrimination — when moderating content on its platform. To promote a culture of free expression — which FIRE believes should be encouraged across American society — Twitter must allow minority and dissenting viewpoints to exist on its platform. After all, Twitter itself claims to serve “the public conversation” and to represent “what people are talking about right now.” Anya’s voice is part of that conversation and must not be censored — regardless of the outroar that followed in its wake.

Is wishing someone ‘excruciating’ pain protected by the First Amendment? You bet!

For good reason, the First Amendment protects most speech and allows diverse and subjectively offensive viewpoints to be expressed free from government censorship. Speech unprotected by the First Amendment is limited to narrow categories with exacting definitions established by the U.S. Supreme Court. The three categories of unprotected speech that Anya’s tweets come closest to — but still are not — are “incitement,” “true threats,” and “fighting words.”

As such, Twitter should have allowed the tweets to live on, subject to debate and scrutiny, to contribute to the conversation surrounding Queen Elizabeth’s death.

CMU must publicly refuse to investigate or punish the professor

Regardless of public controversy, Anya’s tweets remain protected under First Amendment standards. Private institutions like CMU are not bound by the First Amendment to promise free expression, but, laudably, the university has chosen to do so, committing that it “values the freedoms of speech, thought, expression and assembly — in themselves and as part of our core educational and intellectual mission.” CMU goes so far as to say the “university must be a place where all ideas may be expressed freely and where no alternative is withheld from consideration.”

Now that CMU has promised faculty free expression, it cannot backtrack from “all ideas may be expressed,” to all except this one because people are mad. CMU has not backtracked, but it also has not foreclosed the threat of punishing Anya in its public statement. That’s why FIRE is asking CMU to publicly commit not to investigate or punish Anya for expressing her opinion. As we told CMU:

While some may find the timing or substance of speech about the deceased to be offensive, freedom of expression does not observe a mourning period. It applies whether speech about the recently departed takes the form of a venerating eulogy, scorn, or something in between.

This is far from the first time FIRE has seen faculty criticized for expressing delight at a public figure’s death. When former First Lady Barbara Bush died in 2018, California State University, Fresno professor Randa Jarrar was promised a “long” investigation for her tweet celebrating the death and calling Bush a “generous and smart and amazing racist who, along with her husband, raised a war criminal.” FIRE and the ACLU of Northern California quickly wrote the school, which then dropped the investigation.

Now that CMU has promised faculty free expression, it cannot backtrack from “all ideas may be expressed,” to all except this one because people are mad.

And just last year, after the death of provocative talk radio host Rush Limbaugh, University of Alabama at Birmingham professor Sarah Parcak was investigated after tweeting she had “no sympathy” and expressing a “desire” that Limbaugh “suffered until [his] last breath.” Just days after FIRE wrote a letter advocating for Parcak’s rights, the university emailed the student body, saying that it “recognizes individuals’ constitutionally protected rights to free speech.”

We hope CMU does those institutions one better by standing up for faculty rights from the outset and refusing to investigate or punish Anya. And though we hope the platform restores Anya’s tweet, in the future, we urge Twitter to recognize its essential role as a forum for public debate and stand up for free expression.