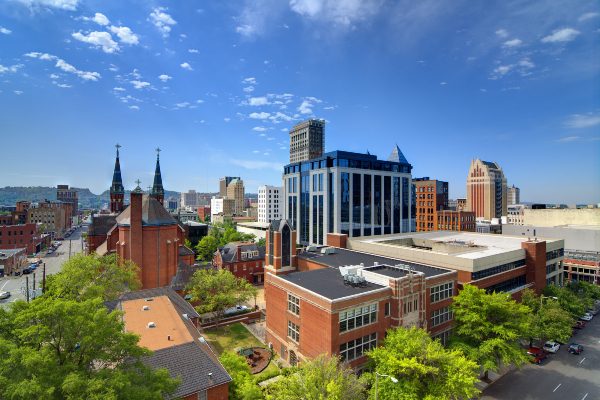 The death last Wednesday of Rush Limbaugh, the hugely influential and provocative talk radio host, predictably elicited a variety of public reactions, from mournful tributes to blunt ridicule. Sarah Parcak, a professor at the University of Alabama at Birmingham, was among those on social media who reacted to Limbaugh’s passing with contempt. Now, UAB is “reviewing the matter.”

On Friday, FIRE wrote to UAB seeking the university’s assurance that it will not investigate or punish Parcak for her protected off-campus expression, explaining there is no exception to the First Amendment for speech some deem offensive.

On the day Limbaugh died, Parcak said in a now-deleted tweet sent from her personal Twitter account, “When a terrible piece of scum who caused immeasurable harm to millions dies, there is no sympathy. Only a desire that they suffered until their last breath.”

The tweet quickly caught the attention of UAB, which later that day tweeted the following statement attributed to President Ray Watts:

The following is a statement from UAB President Ray L. Watts: pic.twitter.com/5yB7jwDEl0

The next day, a spokesperson confirmed that the university is “continuing to review the matter.” That confirmation came as others called for more aggressive action, including Alabama GOP Chairwoman Terry Lathan’s call for unidentified “consequences” and State Sen. Athur Orr’s radio comments that Parcak “ought to be fired” and that it was “repugnant that we have somebody like that . . . getting money via the state budgets for their salary.”

Amid these calls for action, FIRE’s letter reminded UAB that the First Amendment, Alabama law, and UAB’s own policies all recognize the right of its faculty members to speak as private citizens on matters of public concern. There is no question that when Parcak used her personal Twitter account to comment on the death and legacy of one of the most famous and controversial radio personalities of the last 30 years, she was speaking as a private citizen on a matter of substantial public interest.

FIRE further explained that the U.S. Supreme Court has “repeatedly, consistently, and clearly held that expression may not be restricted on the basis that others find it to be offensive or disrespectful.” This principle was starkly illustrated in Snyder v. Phelps, where the Court ruled that the First Amendment protected Westboro Baptist Church members’ picketing of military funerals, remarking that “[a]s a Nation we have chosen . . . to protect even hurtful speech on public issues to ensure that we do not stifle public debate.”

The answer to subjectively offensive or disagreeable speech is “more speech, not enforced silence.” UAB can — and did — criticize and distance itself from Parcak’s remarks. If UAB’s statement had stopped after mentioning that she “absolutely does not speak for our university,” there would be no issue. However, by concluding that it is “reviewing the matter,” UAB suggested that an investigation is underway and Parcak may face discipline.

Today, on the heels of FIRE’s letter, UAB sent an email to the student body expanding on its previous statement on Parcak’s tweet. The university explained that although it recognizes its employees’ right to free speech, it’s “also important to champion and reinforce our values when members of the community challenge them in a very public way” and to make clear that Parcak speaks for herself, not UAB:

Last week — as we did in 2019 when UAB publicly acknowledged that three members of the campus community were identified as either having been associated with a white supremacist organization and/or having made racist statements in personal online posts — we recognized the community’s concerns, spoke out in defense of our shared values and committed to looking into the matter.

UAB follows policies, procedures and state and federal laws, and recognizes individuals’ constitutionally protected rights to free speech. This responsibility applies even when speech is counter to the vision, mission and values we champion.

UAB’s public acknowledgment of its faculty members’ expressive rights is encouraging, but it is unclear whether the university is still “looking into the matter.” Ideally, UAB would not only recognize its faculty’s general right to free speech, but explicitly state that the tweet in question was protected and there is nothing more to review or investigate. FIRE calls on UAB to unequivocally close the door on any possibility that Parcak will be investigated or punished for her clearly protected expression on Twitter.

Those who are appalled by Parcak’s speech should, like Alabama-based talk radio host Dale Jackson, still appreciate that its protection benefits everyone. After describing Parcak’s social media commentary with words like “immoral,” “garbage,” and “utterly-contemptible,” Jackson argued she should not be fired, noting the lack of evidence that her teaching or research is inadequate. Jackson correctly observed that if UAB abstains from punishing Parcak, it will empower professors of all political stripes to “express themselves without fear of reprisal,” a result far preferable to an endless “tit-for-tat” of liberal and conservative faculty being punished for speech that offends the other side.

“At the end of the day, let her keep her job,” Jackson concluded. “You either believe in free speech, or you don’t.”

Schools:  University of Alabama at Birmingham