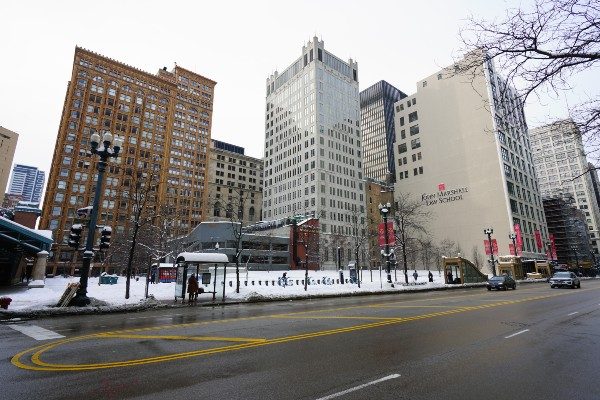 FIRE warned the University of Illinois Chicago this week that its investigation of law professor Jason Kilborn — who used a redacted reference to a racial slur on a final exam — raises serious concerns about academic freedom. FIRE is additionally concerned by Kilborn’s subsequent suspension and urges UIC to expediently resolve the matter with an eye toward protecting expressive rights.

FIRE sent a letter to UIC’s chancellor Tuesday after the law school said in a statement that it was conducting a “thorough review” of the exam question.

“FIRE’s letter reminds UIC that investigations of this nature risk a chilling effect on academic freedom.”

Kilborn’s question, posed on a final exam in his Civil Procedure II course last semester, described a hypothetical employment discrimination scenario, which referenced a racial slur and what the exam described as a “profane expression[] for women.” Kilborn avoided using the full words, transcribing them instead as “‘n____’ and ‘b____’.”

As summarized by Northwestern law professor Andrew Koppelman in The Chronicle of Higher Education:

Kilborn has used the same question for years, but this time it provoked an uproar. One student declared that on seeing the sentence, she became “incredibly upset” and experienced “heart palpitations.” The Black Law Students Association went to the law-school dean and to the central administration, demanding that Kilborn be stripped of his committee assignments. It denounced him on Instagram, LinkedIn, and Twitter, and filed a complaint with UIC’s Office for Access and Equity.

Notably, a student who had taken the exam raised concerns that some of Kilborn’s critics had been left with a mistaken impression, believing in error that the professor had used the full words. The student explained that this was not the case, and that the exam had used self-censored references to the slurs — not the full words — and that the exam question had been “taken out of context.” The student posted the relevant phrasing of the exam in a comment on Instagram:

Employer’s lawyer traveled to meet the manager, who stated that she quit her job at Employer after she attended a meeting in which other managers expressed their anger at Plaintiff, calling her a “n____” and “b____” (profane expressions for African Americans and women) and vowed to get rid of her.

The law school’s statement implies that it has initiated an investigation into the exam question. FIRE’s letter reminds UIC that investigations of this nature risk a chilling effect on academic freedom, which protects Kilborn’s question against administrative interference:

Academic freedom grants faculty members substantial breathing room to determine how to approach subjects and materials relevant to their courses. How to approach these materials is a question left for the faculty member in the classroom—not the administrator, donor, legislator, or authorities outside of it.

That may include subjects that some, many, or most students may find upsetting or uncomfortable, including discussion of America’s fraught and unresolved history of racism and discrimination. Faculty members confronting and examining that history must be free of institutional restraints in navigating these issues.

The instant controversy presents a peculiar situation—a law professor is the subject of an investigation not because he used a racial slur, but because of a hypothetical that referenced its use. Nevertheless, even if UIC’s investigation was commenced because of a mistaken belief that the examination did, in fact, use the words at issue, that use would still be protected expression. The question is a hypothetical involving employment discrimination, which Kilborn correctly observes is “among the most common topics of federal civil litigation,” and is premised on a fact pattern that is, unfortunately, not unusual. Further, Kilborn’s choice to use a redacted reference to the language reflects a pedagogical choice to approach that subject matter without using the words at issue.

Because the examination question is protected by fundamental principles of academic freedom, the initiation of an investigation into that material is itself a violation of Kilborn’s academic freedom, even if UIC ultimately imposes no formal discipline. Investigations into protected expression are an implicit threat of discipline and will have a chilling effect on faculty members’ willingness to confront challenging or difficult material. 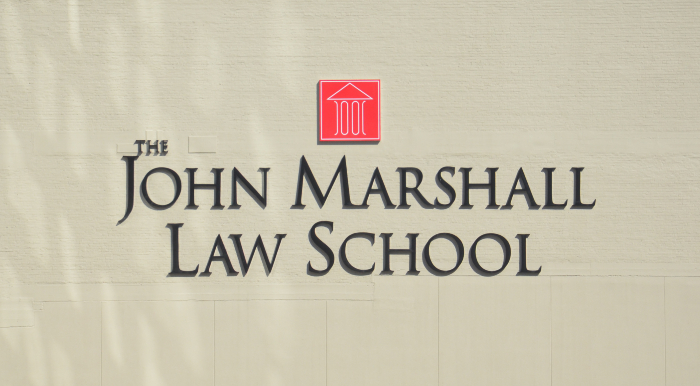 "UIC should act quickly and transparently to ascertain whether an interim suspension is warranted." (Photo: Susan-Montgomery-Shutterstock.com)

Although UIC’s statement suggests that it is investigating the exam question, Kilborn has also been suspended by the university following a student’s report that Kilborn had threatened him. While we do not know what was reported to the institution, universities can take interim action in response to reports of true threats of violence, provided that they grant those affected by that action an expedient process to contest the allegations or the necessity of the interim suspension.

They should be cautious, however, not to take action against faculty or students for protected speech. FIRE has seen — time and time again — that offensive, caustic, or hyperbolic exchanges can be repackaged as “threats” or safety risks by administrators eager to cool the flames of public controversy. In the absence of true threats or clear safety risks, we should be skeptical of claims of administrators or law enforcement that public safety demands that particular speakers be silenced or burdened.

As quoted in The Chronicle, Kilborn reported that UIC’s interim suspension may be premised on an exchange that would not be a threat of violence, but textbook rhetorical hyperbole:

On Thursday, January 7, I voluntarily agreed to talk to one of the Black Law Students Association members who had advanced this petition against me. Around hour 1 or 1.5 of a 4-hour Zoom call that I endured from 5:00 pm to 9:00 pm with this young man, he asked me to speculate as to why the dean had not sent me BLSA’s attack letter, and I flippantly responded, ‘I suspect she’s afraid if I saw the horrible things said about me in that letter I would become homicidal.’ Conversation continued without a hitch for 2.5 or 3 more hours, and we concluded amicably with a promise to talk more later.

He apparently turned around and reported that I was a homicidal threat. Our university’s Behavioral Threat Assessment Team convened, with no evidence of who I am at all, and recommended to my dean that I be placed on administrative leave and barred from campus. […] Having full discretion to implement or reject that recommendation, and knowing me fairly well, having worked with me quite a bit for the past four years, my dean decided that I was, indeed, a homicidal threat.

UIC should act quickly and transparently to ascertain whether an interim suspension is warranted. If it is not, and Kilborn’s description of the events is accurate, UIC must rescind that suspension expeditiously. Moreover, if it is conducting an investigation into the exam question itself, it must abandon that effort immediately — or, if it is not conducting such an investigation, it must clarify its earlier public statement.

UIC is, like its students, free to criticize the choices faculty members make in exercising their academic freedom. But it should not supplant campus discussions about contentious issues with its own views on what is or is not appropriate.