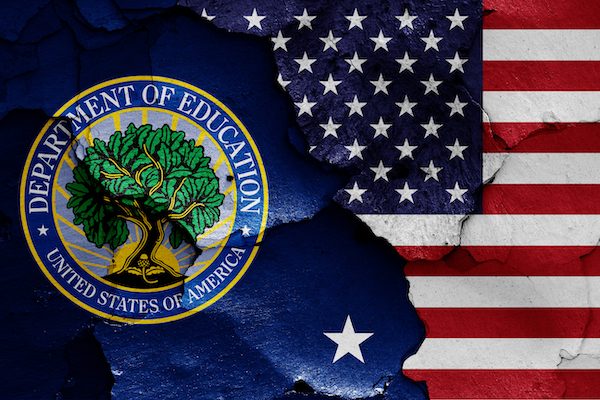 On Sept. 12, FIRE submitted its comment to the Department of Education in response to the department’s proposed Title IX regulations. Our message is simple: You can’t require colleges and universities to violate the constitutional rights of students or faculty.

FIRE opposes these proposed regulations because the new language, and the removal of critical language from the current Title IX regulations, constitute a severe rollback of First Amendment and due process protections for students in grievance procedures conducted on campus.

The proposed regulations’ most egregious provisions include:

If finalized, these and many other proposed provisions will mark a new, and unfortunately familiar, era of Title IX hearings in which institutions of higher education fail to protect the First Amendment and due process rights of students and faculty, likely resulting in costly litigation for institutions to ensure these basic protections are met.

When facts are in dispute in such high-stakes proceedings, live hearings that allow for live cross-examination are essential for permitting parties to meaningfully present and challenge evidence. As we argue in our comment to the department, failure to provide those protections violates the constitutional right to due process. Our position is backed by a growing number of court decisions. In Doe v. Baum, for example, the Sixth Circuit held:

Due process requires cross-examination in circumstances like these because it is “the greatest legal engine ever invented” for uncovering the truth. Not only does cross-examination allow the accused to identify inconsistencies in the other side’s story, but it also gives the fact-finder an opportunity to assess a witness’s demeanor and determine who can be trusted. So if a university is faced with competing narratives about potential misconduct, the administration must facilitate some form of cross-examination in order to satisfy due process.

Although FIRE believes that these proposed regulations pose serious risks for students and faculty engaged in Title IX grievance procedures, we are encouraged that the department left in place some protections afforded under the 2020 regulations, including an express presumption of innocence and a requirement that institutions provide parties with non-punitive supportive measures, as appropriate, to help students continue their education during the grievance process.

FIRE will continue to engage with the department at every opportunity and monitor the state of due process and First Amendment protections on campus.

In particular, ​​the department’s requirement that institutions expressly provide the accused with the presumption of innocence has shown to make a difference. In FIRE’s most recent Spotlight on Due Process report, we analyzed the policies of America’s top 53 universities. More than 90% of institutions we rated have Title IX policies that include a presumption of innocence. Troublingly, in disciplinary hearings not governed by the Title IX regulations, nearly two-thirds (62.2%) of those institutions did not explicitly guarantee students that they will be presumed innocent until proven guilty. FIRE believes the department could do more by also requiring institutions to include a statement that a person’s silence shall not be held against them.

Next month, FIRE will release its latest annual Spotlight on Due Process report, which will demonstrate the severe lack of due process rights that students are afforded at top institutions, as well as the massive disparity between procedural safeguards provided in Title IX disciplinary procedures — many of which will be lost if the proposed regulations are adopted — compared to non-Title IX disciplinary procedures those institutions also maintain.

A date has not yet been announced for a final rule of these proposed regulations, which is likely months away. Nonetheless, FIRE will continue to engage with the department at every opportunity and monitor the state of due process and First Amendment protections on campus.

Given that the Department of Education is required by the APA to meaningfully consider public input, including FIRE’s comment, we hope they will heed our warnings and amend the proposed language to conform to the well-established constitutional protections that students must be afforded.

Not doing so will have grave consequences for civil liberties on campus.