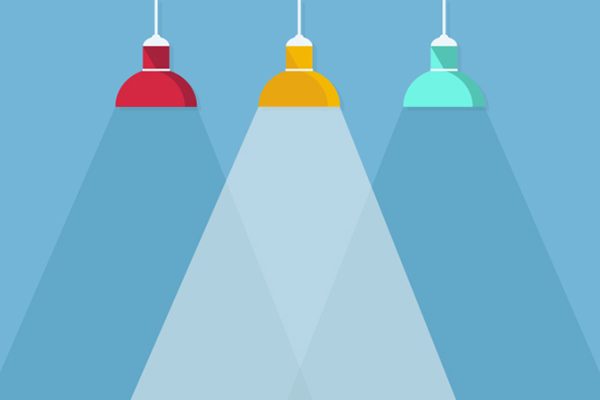 From time to time, FIRE gets questions about the manner in which we assign our speech code ratings to colleges and universities. These ratings, after all, are central to our Spotlight Database, which compiles information about student speech policies at more than 450 institutions, public and private, and is relied upon by many to gauge the state of campus free speech at schools across the country.

We try to make as clear as possible that our ratings — “red light” for institutions having at least one policy that clearly and substantially restricts free speech; “yellow light” for at least one policy that restricts a more limited amount of protected speech or vaguely invites administrative abuse; and “green light” for not maintaining any policies that pose a threat to free speech as written — are based solely on an institution’s written policies.

In other words, we are up-front about the fact that our speech code ratings do not take into account incidents of censorship or punishment levied against a student or faculty, or other actions taken by a university administration (e.g., the extent to which the institution promotes free speech through orientation sessions or other campus programming).

Yet, some misunderstanding does persist.

Most often, we get a line of questioning from students, faculty, alumni, or other concerned parties that comes down to: “How can you give School X a green light rating? Don’t you know about [example of case, incident, or other action taken by the university]?” On the flip side of the coin, we sometimes hear: “How can you give School Y a red light rating? There’s never been an issue with free speech as long as I’ve been here, and people are free to speak their mind on this campus.”

In both instances, the answer lies in the way the school’s policies are written. Our speech code ratings do not take into account a university’s “as-applied” violations, and we make that clear in the Spotlight Database as well as in our annual speech code report. The former states, for example:

If a college or university’s policies do not seriously imperil speech, that college or university receives a “green light.” A green light does not indicate that a school actively supports free expression. It simply means that FIRE is not currently aware of any serious threats to students’ free speech rights in the policies on that campus. [Emphasis added.]

We take this approach for multiple reasons, not the least of which is that it allows us to accurately and consistently grade colleges across the country in terms of how their written policies protect free speech. Put differently, it allows us to compare apples to apples.

Put differently, it allows us to compare apples to apples.

Conversely, comparing and grading schools based on numerous other factors — such as cases of censorship, student- or faculty-led calls for punishment of protected speech, and other incidents — would almost certainly lead to inconsistent results. FIRE lacks complete information about such actions at many database schools, given varying degrees of media coverage and scrutiny at institutions. The same act of censorship at, say, Harvard University is much more likely to be picked up in media reporting than at a small public university that tends to have a more regional or state-based focus. We may simply be unaware of basic violations at a particular school if no one reports on it and if the student or professor whose rights were violated never comes forward — a problem that does not exist when FIRE assigns our Spotlight ratings based on colleges’ publicly available, speech-related policies.

Of course, FIRE addresses individual cases of censorship through other programs, such as our Individual Rights Defense Program, which defends students, student groups, and faculty members when they have had their rights violated.

Additionally, as we like to say, earning a green light rating from FIRE is not and should not be the “end all, be all” for any university. Rather, it is one step (a crucial step at that) toward establishing a healthy climate for free expression on campus. That’s why we encourage every college and university in the nation to take the additional step of adopting a principled, affirmative policy statement on free speech and academic freedom modeled after the University of Chicago’s exemplary commitment (the “Chicago Statement”). Likewise, universities are wise to promote understanding of free speech principles through freshman orientation sessions and similar campus programming. And, ultimately, it’s up to students and professors to respect each others’ First Amendment rights, be courageous in speaking up, and create a campus community that welcomes vibrant dialogue and debate.

A green light rating from FIRE, after all, is not a guarantor of proper university action.

A green light rating from FIRE, after all, is not a guarantor of proper university action. It’s up to students and faculty to hold their institution accountable, so that practice matches policy.

Finally, it bears mentioning that FIRE has not hesitated to call out green light schools for their misdeeds, even after they have successfully worked with us to revise all of their speech codes. Take the recent controversy at Emory University School of Law involving professor Paul Zwier, whose defense FIRE has come to because the suppression of his academic freedom betrays Emory’s green light rating. Take our commentary about several troubling issues at the University of California, Los Angeles, a fellow green light institution. (We have even filed a public records lawsuit against UCLA.) Take our decision to place Plymouth State University on our 2019 list of the “Worst Colleges for Free Speech” due to its restriction of faculty speech — despite the fact that Plymouth State has earned a green light rating for its policies since 2014.

We have good reason to separate our policy ratings from our work defending individual students and faculty members. As always, FIRE will continue to diligently and zealously pursue our advocacy in each arena, based on our principled, nonpartisan defense of the First Amendment on college campuses.