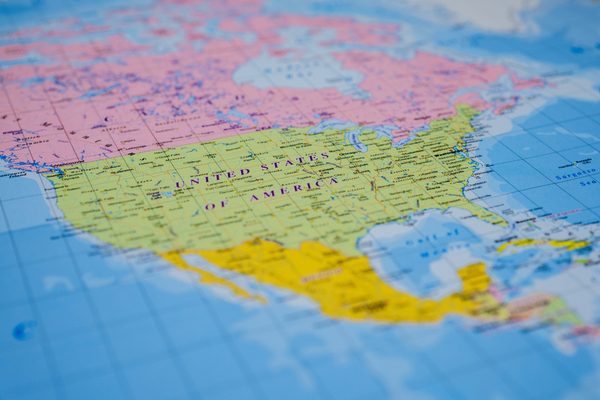 Recently, a version of Section 230 of the Communications Decency Act found its way into the United States-Mexico-Canada Agreement. Section 230 protects internet platforms from liability for publishing third-party content.

As reported by Nihal Krishan in the Washington Examiner, Senator Ted Cruz (R-TX) opposed the measure.

Staunch conservative Ted Cruz doesn’t agree with Democrats about much, but holding Big Tech companies accountable is one of the few areas where he does. For the better part of the past year, the Texas senator has raised the alarm about the behavior of those in Silicon Valley, whether it’s challenging their legal protections for content on their platforms, anti-competitive conduct, or their alleged anti-conservative bias. . .

One of Cruz’s biggest complaints against Big Tech is its defense of Section 230 of the Communications Decency Act, which gives technology companies protections against lawsuits related to content created by users on their platforms.

During a Senate Commerce Committee hearing this month, Cruz said the provision allows “Big Tech to act with impunity, to engage in censorship of Americans whose political opinions they don’t like and not to face liability for their conduct.”He also criticized the United States-Mexico-Canada Agreement on trade, President Trump’s replacement for the North American Free Trade Agreement, because a section in the agreement mirrors Section 230. The clause is “perceived by many to be a gift to Big Tech,” Cruz said at the hearing.

Tech companies argue that the law is what allows them to moderate harmful content such as hate speech and threats on their platforms while also ensuring that the companies don’t get unfairly penalized for objectionable user content.

This from the Knight First Amendment Institute at Columbia:

Two documentary film organizations—Doc Society and the International Documentary Association—today filed the first major legal challenge to new rules that require nearly all visa applicants to register their social media handles with the U.S. government. The documentary film organizations, represented by the Knight First Amendment Institute at Columbia University, the Brennan Center for Justice, and Simpson Thacher & Bartlett LLP, argue that the social media registration requirement chills prospective visa applicants from engaging in constitutionally protected speech and association, deters them from applying for visas to travel to the United States, and burdens the ability of U.S. organizations and audiences to engage with filmmakers from around the world.

“The registration requirement is the linchpin of a far-reaching and unconstitutional surveillance regime that permits the government to monitor the online activities of millions of visa applicants, and to continue monitoring them even after they’ve entered the United States,” said Jameel Jaffer, Executive Director of the Knight Institute. “The government simply has no legitimate interest in collecting this kind of sensitive information on this immense scale, and the First Amendment doesn’t permit it to do so.”

The State Department rules, which took effect in May, apply to an estimated 14.7 million visa applicants each year, requiring them to register all social media handles—including pseudonyms—that they’ve used on any of 20 platforms in the preceding five years. The State Department and the Department of Homeland Security can retain the collected information indefinitely, share it broadly among federal agencies, and disclose it, in some circumstances, to foreign governments.

As reported over at First Amendment Watch:

On January 21st, a three-panel judge for the Fifth Circuit Court of Appeals declined to revive a lawsuit that would allow the publication of plans to make 3D guns.

The lawsuit was originally filed in 2015 by Austin, Texas-based Defense Distributed, a nonprofit that promotes the Second Amendment’s right to bear arms, after the State Department ordered it to remove plans for a 3D-printed pistol from its website.

In 2018, Defense Distributed dismissed its suit after the State Department, under President Donald Trump, agreed to let the 3D gun plans be published. In response, 19 states, including Washington, filed lawsuits challenging the administration’s agreement.

In 2018, Judge Robert Lasnik of the U.S. District Court for the Western District of Washington issued a restraining order that blocked the State Department’s agreement, and in 2019, Lasnik voided the agreement, saying that the policy change hadn’t been reported to Congress, as is required under federal law.

After a judge in Texas declined to review Defense Distributed’s lawsuit, the nonprofit appealed.

On January 21st, the Fifth Circuit upheld the lower court’s ruling, saying that Defense Distributed erred by citing a federal rule that allows a judgment to be amended if there is new evidence or in order to correct an error of law. “It does not allow a party to revive and initiate further proceeding in a dismissed lawsuit,” Judge James Ho wrote on behalf of the three-judge panel.

As reported by Jan Wolfe writing in Reuters:

A U.S. appeals court on Friday revived a constitutional challenge to a 2018 law aimed at curbing illegal sex trafficking on the internet, handing a victory to groups that say the legislation leads to censorship of lawful online content. Reversing a lower court judge, the U.S. Court of Appeals for the D.C. Circuit said an activist for sex workers and an Oregon-based massage therapist have standing to challenge the legislation, known as FOSTA, on First Amendment grounds.

→ The case is Woodhull Freedom Foundation v. United States (opinion) (per Rogers, J. joined by Griffith, J. with Katsas, J., concurring in part and concurring in the judgment)

Ninth Circuit on Court Processes and Media Right to Access

The Ninth Circuit ruled on Friday that a media plaintiff had a First Amendment right to access nonconfidential civil complaints, and that one court policy violated that right, where another court policy didn’t. The ruling sets a test and clarifies the law in the Ninth Circuit.

The case, Courthouse News Service v. Planet, arose when CNS challenged the process of releasing nonconfidential complaints to the press in Ventura County Superior Court. That process, dubbed “no access before process,” meant that the court put newly filed civil complaints through a seven-step administrative process before releasing them to the media. That could take a couple days, so CNS sued, seeking immediate access. (Venture County doesn’t use electronic filing; it’s all paper.)

As the case worked its way through the federal courts, Ventura County changed its practice to a “scanning policy.” Under the scanning policy, the court scanned complaints and made them available the same day (in most cases) on court computers. CNS still wanted immediate access, however, so the case moved on.

The Ninth Circuit said that CNS has a qualified First Amendment right of access to newly filed, nonconfidential civil complaints, and that the “no access before process” violated it, while the “scanning policy” didn’t. The Ninth Circuit held that courts could adopt reasonable restrictions on access resembling time, place, and manner regulations. These could result in incidental delays in access, so long as they are content-neutral, narrowly tailored and necessary to serve the court’s important interest in the fair and orderly administration of justice. Or: “Ventura County must demonstrate first that there is a ‘substantial probability’ that its interest in the fair and orderly administration of justice would be impaired by immediate access, and second, that no reasonable alternatives exist to ‘adequately protect’ that government interest.”

Can Monetary Settlements in a First Amendment Case be Kept Secret?

The answer is “no.” This as reported by Brian Maass for CBS4:

Two days after CBS4 reported a Commerce City charter school was refusing to discuss how much it paid to settle a First Amendment lawsuit, Victory Preparatory Academy revealed on Friday that it paid plaintiffs in the 2018 case $425,000. Parents and students sued the school over a 2017 incident when students refused to recite the school pledge at a morning assembly.

Some students said they were expelled or pressured to withdraw after they posted negative comments on social media sites critical of the school and its CEO, Ron Jajdelski. Two parents of a Victory Prep student said they were banned from campus after reporting on the student protest.

All that led to the filing of a federal lawsuit with students and parents claiming the school violated their First Amendment rights. The court action was settled in December 2019 and the lawsuit dismissed. The plaintiffs and their attorneys said they could not comment on last month’s settlement. . . .

[Thereafter], Kristen Maurer McCarthy, an attorney for the school, emailed CBS4 detailing the settlement amount paid to the students and parents. ‘There were two checks issued in the matter,” wrote McCarthy. “One check issued for $385,333.05 and a second check for $39,666.95.”

This from Professor Eugene Volokh over at The Volokh Conspiracy:

There’s an interesting First Amendment challenge to a state teacher complaint secrecy statute (see Doe v. Governor (3d Cir. 2019))—but the entire case in the Middle District of Pennsylvania is sealed, so people can’t monitor what’s happening in the challenge. (The Third Circuit decision I linked to gives a peek at what’s going on, as do some unsealed documents in the Third Circuit docket, but many past and all future filings in the District Court are inaccessible.)

My students and I plan on filing a motion to intervene and unseal, on behalf of the Pennsylvania Center for the First Amendment and perhaps a couple of other parties. I think we’re on top of both the legal arguments and the procedures for District Courts (I’ve filed in several District Courts throughout the country), but we need someone who is willing to act as pro bono local counsel. Anyone interested? If so, please let me know at volokh at law.ucla.edu. Thanks!

In the sneak peeks category, there’s this: 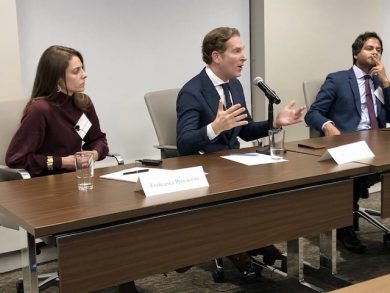 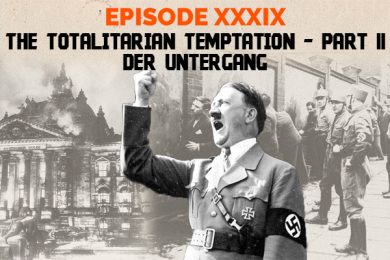 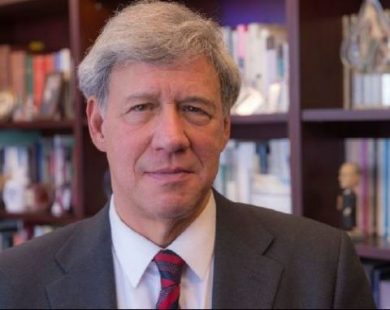 Prof. Geoffrey Stone
Talking with Stone about the freedom of speech and its limits — and there are some, of course — I tell him a story. Rather, I make a confession. A few years ago, I heard my colleague David French make a speech about free speech, on campus in particular. Afterward, I said to him, “Maybe I’m a bad civil libertarian, but I just don’t think that Nazi and Communist groups have a right to form on campus. In the broader society, yes, but not on campus. University administrators should be able to forbid it.” David said, “You’re not just a bad civil libertarian, you’re not a civil libertarian at all.”

Stone chuckles. He then says, “The fundamental point is that free speech as a principle is about distrust of the wisdom of those who would decide what you can say and what you can hear and what you can’t say or hear. And I don’t trust anyone to make that decision for our society or for my university.”

He continues, “Many institutions today, if given the power to suppress speech, would probably prohibit Trump supporters from speaking on their campuses. I don’t want that. But they would say, ‘Those are horrible ideas, those people are terrible,’ right?”

YouTube: Schauer on “The Evolution of Students’ Free Speech Rights”

From the video description:

His speech was part of the Virginia Law Review symposium “Speech Inside the Schoolhouse Gates: 50 Years After Tinker v. Des Moines,” supported by the Karsh Center for Law and Democracy. (University of Virginia School of Law, Jan. 24, 2020)

From the video description:

Mary Beth Tinker, a plaintiff in the landmark Supreme Court case Tinker v. Des Moines, discussed the importance of free speech for youths to combat injustices such as inequality and poverty. UVA Law professor Micah Schwartzman ’05 introduced Tinker. The keynote was part of the Virginia Law Review symposium “Speech Inside the Schoolhouse Gates: 50 Years After Tinker v. Des Moines,” supported by the Karsh Center for Law and Democracy. (University of Virginia School of Law, Jan. 24, 2020)