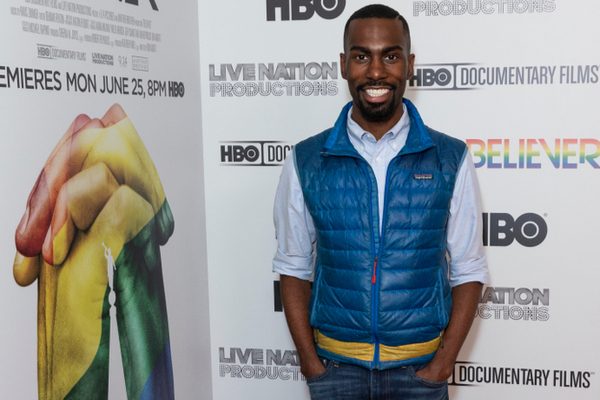 “The story of the United States is a story of dissent.” — H. Jefferson Powell

This term has seen some prominent names in the profession and in the legal academy filing briefs in First Amendment free expression cases, including the likes of Paul Clement, Robert Corn-Revere, Michael McConnell, Neal Katyal, Rod Smolla, and Erwin Chemerinsky. But now comes an all-star team filing in an amicus brief in the case of Mckesson v. Doe. 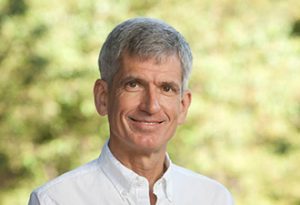 Professor H. Jefferson Powell
According to SCOTUSBlog, the issue in McKesson is whether “the First Amendment and the Supreme Court’s decision in NAACP v. Claiborne Hardware Co. foreclose a state-law negligence action making a ‘leader’ of a protest demonstration personally liable in damages for injuries inflicted by an unidentified person’s violent act there, when it is undisputed that the leader neither authorized, directed nor ratified the perpetrator’s act, nor engaged in or incited violence of any kind.”

Weighing in on behalf of the petitioner is Duke Law professor H. Jefferson Powell backed up by Walter Dellinger of O’Melveny (also Duke Law prof., emeritus).

The Powell amicus brief was prepared under the auspices of the Duke Law School First Amendment Clinic and was submitted on behalf of the following lawyers and scholars:

Here are some excerpts from the Powell brief:

The Fifth Circuit’s decision in Doe v. Mckesson (5th Cir. 2019), directly contravenes the First Amendment’s protection of the rights to organize, assemble, and petition. With no effort to parse unprotected conduct from fully protected speech, the court held the organizer of the protest personally liable for the undirected conduct of another person. That imposition of vicarious liability flouts this Court’s established commitment to broad protections for civil demonstration and strikes at the heart of the First Amendment. . . . The Fifth Circuit’s decision exposing protest organizers to expansive, negligence-based liability undermines our long tradition of civic engagement and ultimately threatens to chill a broad swath of valuable speech. . . .[O]ur constitutional values are offended when the organizer of a lawful protest who neither committed nor incited tortious action is held vicariously liable for that misconduct.

The right to protest and the dangers of civil liability

This Court has recognized that the right to protest may be stifled “not only [by] heavy-handed frontal attack” but also “more subtle governmental interference.” Bates v. City of Little Rick. The imposition of civil liability on protest organizers can be such an interference. Courts have a “special obligation … to examine critically the basis on which liability was imposed” to ensure that potential liability does not unduly impede the right to organize and petition the government. . . .

The imposition of severe civil liability for the exercise of First Amendment rights demands more than plausible allegations of simple negligence. Political expression “has always rested on the highest rung of the hierarchy of First Amendment values.” NAACP v. Claiborne Hardware. . . . The decision below converts Claiborne Hardware—with its repeated insistence on the importance of public association and protest and the corollary limitation on government interference with such activities—into precedent for the imposition of broad liability on those who organize them. . . .

The First Amendment’s protection of protest activity from liability is not the exception to the administration of state tort liability; it is the rule governing these casses.

The specter of violence

Protests necessarily cause disruption and public inconvenience, and some protests will undoubtedly attract potentially aggressive actors on both sides. Violence or destruction of property is a recurrent possibility, particularly at larger protests. Such conduct is highly likely, even in situations where a protest organizer does not advocate violence, because protests involving political issues create strong feelings in participants. This Court has recognized this reality, but it has nonetheless consistently found that protest must still be protected.

The negligence liability the decision below licenses will substantially deter individuals from organizing protests related to politically fraught issues. If organizers are vulnerable to liability for the undirected actions of others, they are likely to stop organizing protests altogether. Recently, this Court has reiterated the reality that financial liability has the potential to chill protected speech. Timbs v. Indiana (2019)

There is also a governmental interest in preventing protests that interfere unduly with the freedom and safety of others, but, again, this interest is furthered by criminal law, not tort law. State and local law regularly includes time, place, and manner restrictions that regulate protest activities, and those who violate valid regulations may be penalized. Allowing in addition private citizens to sue organizers for the actions of their protestors adds little; it would neither effectively nor consistently deter illegal protests. Organizer negligence liability completely fails as a deterrent of violent activity because it does not address the violent actors themselves. The practical effect of organizer liability will not be to deter violence, but to deter protests.