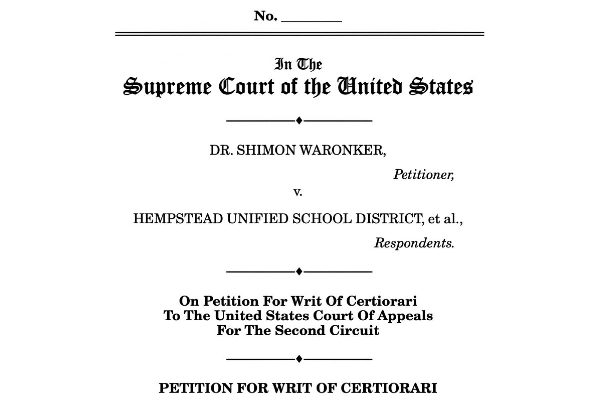 Ever since a divided Supreme Court handed down its ruling in Garcetti v. Ceballos (2006), there has been considerable concern in the First Amendment community about what measure of free speech public employees are entitled to, especially when they report on government corruption and/or when they speak as a private citizen. Though the Roberts Court has allowed the government great latitude in this area, in Lane v. Franks (2014) a unanimous Court held that a public employee could not be punished for sworn testimony offered during a federal fraud case. Even so, in his Lane concurrence, Justice Thomas (joined by Justices Scalia and Alito) stressed the narrow scope of the majority’s ruling. There is also the Court’s ruling in Borough of Duryea v. Guarnieri (2011) wherein the Court held, by an 8-1 margin, that a government employer’s allegedly retaliatory actions against an employee did not give rise to liability under the First Amendment’s petition clause unless the employee’s petition clearly related to a matter of public concern.

On the one hand, since Lane and Guarnieri came down, the Court has shown no willingness to revisit the matter. See e.g. the cert. denials in Bradley v. West Chester University (2018), Holub v. Gdowski (2016), and Williams v. County of Nassau (2015).

On the other hand, both Lane and Guarnieri were decided before Justices Kavanaugh and Gorsuch joined the Court. Equally noteworthy is the fact that Chief Justice Roberts, who has built a reputation as a First Amendment advocate, did not sign on to Justice Thomas’s Lane concurrence.

Against that backdrop comes the cert. petition filed by UC Berkeley Law Dean Erwin Chemerinsky in Waronker v. Hempstead Union School District. The two issues raised in that case according to SCOTUSBlog are: 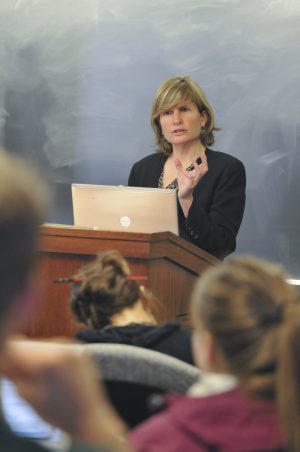 → Read the respondent’s brief in opposition and petitioner’s reply.

→ Read the summary order of the Court Appeals for the Second Circuit.

The matter will be distributed for conference April 17. Given the potential importance of the Waronker case and the cert. petition filed in it, we invited Professor Helen Norton, author of “The Government’s Speech and the Constitution” (2019) (reviewed here), to write a commentary on Waronker.

As we have done in the past, this FAN post is being co-hosted by our friends over at First Amendment Watch. Professor Norton’s commentary follows.

When does the First Amendment protect public employees’ reports of government corruption—and when is that speech instead subject to the government’s plenary control? The answer to this question is critically important to democratic self-governance. If courts are too quick to permit government employers to punish their employees’ speech about government misconduct, then they shut down expression that enables the public to hold the government politically accountable for its actions.

Garcetti and its aftermath

In its 2006 decision in Garcetti v. Ceballos, a 5-4 Supreme Court held that “when public employees make statements pursuant to their official duties, the employees are not speaking as citizens for First Amendment purposes, and the Constitution does not insulate their communications from employer discipline.” The majority then applied this new rule to reject a First Amendment challenge by a prosecutor who had been punished by his government employer after he had written an internal memo criticizing a law enforcement officer’s affidavit as including serious factual misrepresentations. 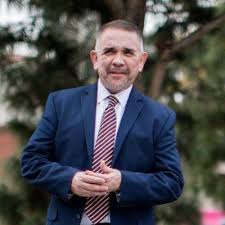 Richard Ceballos. (Credit: Richard Ceballos for District Attorney)
Garcetti left open many questions about how courts should go about determining when public employees are speaking “pursuant to their official duties” and thus entirely unprotected by the First Amendment. Among other things, the Court openly declined “to articulate a comprehensive framework for defining the scope of an employee’s duties in cases where there is room for serious debate.”

Without guidance from the Court, lower courts have developed various and diverging answers to a number of these questions. For example, for a time some lower courts understood Garcetti to mean that the First Amendment offers no protection to public employees punished for testifying truthfully about government corruption when such testimony involved information that they received pursuant to their official duties. Along these lines, the Eleventh Circuit relied on Garcetti to conclude that the First Amendment posed no obstacle to the firing of a state employee who testified under oath about his discovery that an Alabama state legislator on a state agency payroll had not been reporting for work.

Fortunately, the Supreme Court reversed that decision in Lane v. Franks, holding that the First Amendment “protects a public employee who provided truthful sworn testimony, compelled by subpoena, outside the course of his ordinary job responsibilities.” Even so, the Lane Court noted that it did “not address in this case whether truthful sworn testimony would constitute citizen speech under Garcetti when given as part of a public employee’s ordinary job duties.” This means that the many post-Garcetti questions left unanswered by the Court include whether the First Amendment protects law enforcement officers and other public officials who testify truthfully about public corruption when it is their job to do just that.

Lower courts have adopted a range of different approaches to several other issues left unresolved by Garcetti and Lane. For example, as I have detailed elsewhere (see here and here), many courts have cursorily relied on Garcetti to dispose of the First Amendment claims concerning a wide array of government workers punished for reporting all sorts of government misconduct. Illustrations include:

In contrast, other lower courts have applied Garcetti in a considerably more nuanced way, carefully scrutinizing the facts of each case to determine whether and when to characterize public employees’ speech as pursuant to their official duties (and thus unprotected by the First Amendment). Fourth Circuit Judge J. Harvie Wilkinson, for instance, urged that courts take care before stripping public employees’ reports of government misconduct of First Amendment protection:

“[A]s the state grows more layered and impacts lives more profoundly, it seems inimical to First Amendment principles to treat too summarily those who bring, often at some personal risk, its operations into public view. It is vital to the health of our polity that the functioning of the ever more complex and powerful machinery of government not become democracy’s dark lagoon.”

An opportunity to clarify things

The Supreme Court now has the opportunity to cast valuable light on some of these questions when it considers a petition for certiorari filed by Berkeley Law Dean Erwin Chemerinsky, a petition that asks the Court to review the Second Circuit’s decision in Waronker v. Hempstead Union School District.

Here’s the dispute’s factual background: The Hempstead Unified Free School District had long struggled with financial mismanagement and low graduation rates when it hired Dr. Shimon Waronker as its new superintendent. Superintendent Waronker soon discovered what he believed to be evidence of corruption within the district. After reporting his concerns to law enforcement officials, he informed both the school board and the community that he had done so. The board then suspended (and eventually fired) Dr. Waronker, whose lawsuit alleges that these actions were taken in retaliation against his speech and thus violated the First Amendment. The Second Circuit rejected his challenge, relying on Garcetti to conclude that his speech occurred pursuant to his official duties as superintendent and was thus unprotected by the First Amendment. 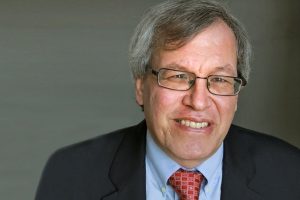 Dean Erwin Chemerinsky
The second question asks whether and when the First Amendment protects a public employee’s reports of government corruption when made to external government officials or entities. In other words, is a public employee more likely speaking as a citizen (and thus protected by the First Amendment) when she takes her concerns about government misconduct outside the normal chain of command? Lower courts have taken a variety of approaches to this question. Some, like the Fifth and Ninth Circuits, have given great weight to that factor in characterizing those reports as the public employee’s constitutionally-protected speech as a citizen. The D.C. and Sixth Circuits, in contrast, give this factor little, if any, weight, and thus are considerably quicker to characterize those reports as pursuant to the employee’s official duties and thus entirely unprotected by the First Amendment.

Lower courts’ wooden application of Garcetti and Lane threatens the public’s interest in transparent government. As the Supreme Court itself recognized in Lane, “speech by public employees on subject matters related to their employment holds special value precisely because those employees gain knowledge of matters of public concern through their employment.” The cert. petition in Waronker gives the Court the opportunity to clarify when the First Amendment protects public employees’ speech that facilitates democratic self-governance by exposing government corruption.