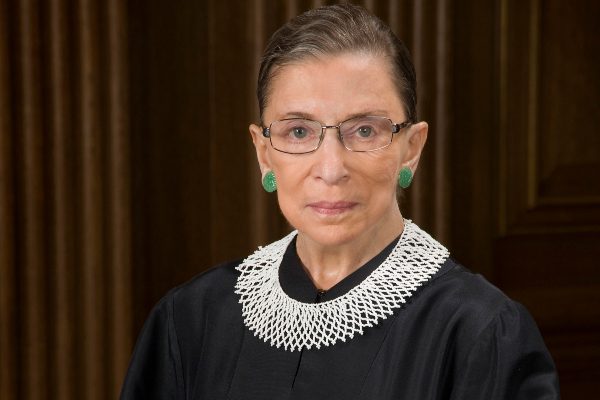 I first met Ruth Bader Ginsburg at a constitutional law conference organized by Robert Maynard Hutchins in 1977; I worked with him in putting the event together, which was hosted by Southwestern University Law School. The stellar lineup of 35 participants included the likes of Jesse Choper, Henry Steele Commager, Leon Higginbotham, Max Lerner, Louis Pollak, Constance Baker Motley, Laurence Tribe, and Charles Wyzanski.

And then there was the ACLU lawyer and Columbia Law Professor, Ruth Bader Ginsburg. She was on the Equal Protection panel along with Judge Nathaniel R. Jones and Professor Barbara Brudno. After Hutchins died in May of 1977, it fell to me to oversee (assisted by Thomas Hanley) all the papers that were prepared for the book, “Constitutional Government in America” (Carolina Academic Press, 1980). Ginsburg’s contribution was titled “Gender in the Supreme Court: The 1976 Term.”

This issue of First Amendment News is dedicated to the memory of Justice Ginsburg. To that end, I have compiled a list of her First Amendment freedom of expression opinions. I have also listed some of the dissents she signed onto in several important free speech cases.

Dissents in which Justice Ginsburg joined

During her tenure on the Roberts Court, in which she participated in all of its 56 First Amendment free expression opinions, Justice Ginsburg was in agreement with Chief Justice Roberts 61% of the time, as contrasted with Justices Thomas, Alito, and Scalia, who sided with the Chief Justice in over 83% of the same cases.

In those 56 cases, Justice Ginsburg joined in dissent in the following cases (among others) in which a First Amendment claim was denied:

In those same 56 cases, Justice Ginsburg joined in dissent in the following cases (among others) in which a First Amendment claim was affirmed: