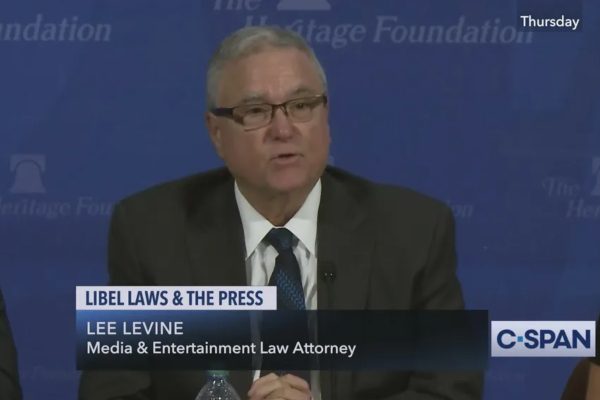 “He is and has long been a great lawyer, a preeminent teacher of lawyers, and an indispensable defender of the First Amendment.” That’s how Floyd Abrams tagged Lee Levine, the man to whom this issue of First Amendment News is dedicated.

Ever since his days on the Yale Law Journal when he published a student note titled “The Editorial Process and the Gertz Public Figure Standard,” to the prestigious media law firm he co-launched that later merged with Ballard Spahr, to the First Amendment cases he successfully argued in the Supreme Court (Harte-Hanks Communications, Inc. v. Connaughton and Bartnicki v. Vopper), to the times he testified before Congress on shielding reporters’ sources, to the treatise he co-authored on news-gathering law, to the book he co-authored on Justice Brennan and New York Times v. Sullivan, to his various scholarly articles, to his co-founding of the First Amendment Salons, and so much more! In all of those ways, Lee Levine has been a stalwart and learned figure in the law and history of free press and free speech in America.

Hence, on the occasion of his retirement from the day-to-day practice of law, I am sure I speak for many in our community in wishing Lee all the best in the years to come. And if only for selfish purposes, may he continue to offer his sage counsel on those issues that shape the future of the First Amendment.

In order to provided readers with a sketch of Lee’s lifetime of work, I have highlighted a few of his many achievements. Before turning to that, however, some of Lee’s friends and colleagues wanted to say a few words on his behalf.

The measure of the man

Lee Levine: A sketch for a portrait

Hudson on Trump, incitement, and the First Amendment 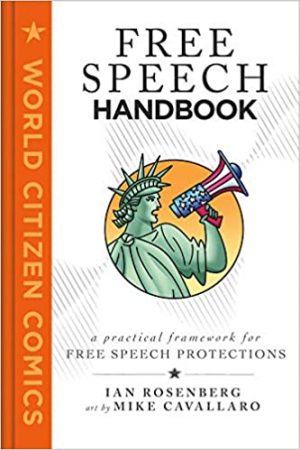 In this volume of the World Citizen Comics series, Ian Rosenberg and Mike Cavallaro create a practical framework for appreciating where our free speech protections have come from and how they may develop in the future.

Freedom of speech is fiercely defended in America and has been since the First Amendment was written. But how does it work, and what laws shape it?

Drawing on parallels between ten seminal Supreme Court cases and current events, Free Speech Handbook lays out the fundamentals of First Amendment law in an accessible and engaging way.

We have a new summer associate program that provides a unique opportunity for law students to explore a career in public interest and First Amendment law. The program is open to students who will finish their first or second year of law school by the summer of 2021.

Fellows are eligible to earn $10,000 in salary for their 10 weeks of employment.

Please share this opportunity with your strongest students who have an interest in First Amendment law. Students can learn more about the opportunity and apply here.

Fellows are expected to work full time for 10 weeks in our Washington, D.C. area headquarters, but other arrangements may be available to especially outstanding candidates. Considering the ongoing pandemic, the possibility remains that fellows will work remotely for some or all of the summer.

Applications will be reviewed on a rolling basis, and early applicants are likely to have a competitive advantage. Applications received after March 1, 2021 will not be eligible for a $10,000 paid fellowship though other opportunities may still be available.

Over at The Volokh Conspiracy