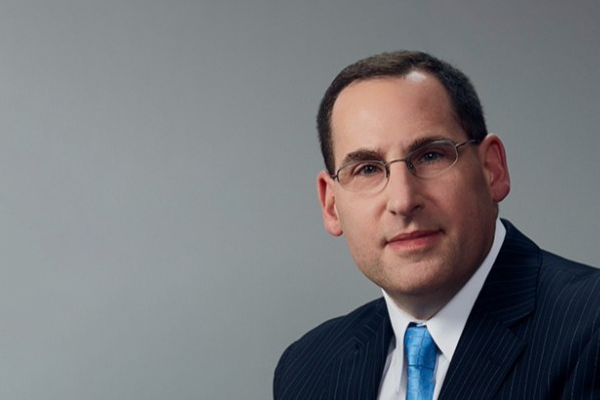 Among other things, Mr. London, a Georgetown Law graduate, worked with Robert Corn-Revere for over two decades in litigating a variety of important free expression cases. For example, they worked together on Motion Picture Association of America v. FCC (2002), where the D.C. Circuit struck down the FCC’s video description rules, and also on the indecency cases where they represented the petitioners in Fox Television Stations v. FCC and in CBS Corp. v. FCC. Additionally, they were counsel for the petitioners in Woodhull Freedom Foundation v. United States (2020) and Pen America v. Trump (2021).

London’s law firm practice included representing clients in First Amendment, media and communications, privacy, advertising, and accessibility cases. He also represented online and traditional media providers in matters before federal and state courts, as well as the FCC and FTC, regarding general regulatory compliance. He likewise provided counsel and strategic advice on a broad range of litigation, administrative, enforcement, and legislative matters related to communications, the media, and all aspects of consumer privacy. His practice included Freedom of Information Act matters before the courts and federal agencies as well. Mr. London has considerable experience litigating and advising on “Title III” issues under the Wiretap Act, Stored Communications Act, Computer Fraud and Abuse Act, and Video Privacy Protection Act, as well as with privacy protections under the Cable Communications Policy Act.

College and university faculty members of all political stripes are facing greater threats to their expressive rights and academic freedom than at any other time in recent memory. That’s why, next month, the Foundation for Individual Rights in Education will launch a new Faculty Legal Defense Fund that will provide free legal representation to public college faculty members who need it. The fund will also feature a 24/7 telephone hotline for faculty in need of immediate assistance.

Made possible through generous support from the Stanton Foundation, FIRE is pleased to announce attorney Ronald G. London will lead the fund’s efforts. London is the former president and now national chair of the First Amendment Lawyers Association.

The Faculty Legal Defense Fund will augment FIRE’s ability to effectively assist faculty facing threats of censorship and punishment for speech and research, ensuring that faculty who need legal help get it quickly.

“Adding the Faculty Legal Defense Fund to FIRE’s arsenal will allow us to help more faculty — faster,” said FIRE President and CEO Greg Lukianoff. “We will continue to litigate cases in-house to establish rights-protective precedents, continue to fiercely advocate in the public square for those whose rights are denied on campus, and now, with the creation of this legal fund, we will multiply exponentially our ability to assist those faculty members who need it in a way and at a pace we never could before.”

More details about FIRE’s Faculty Legal Defense Fund and hotline will be forthcoming.

This from AP writer Hillel Italie: 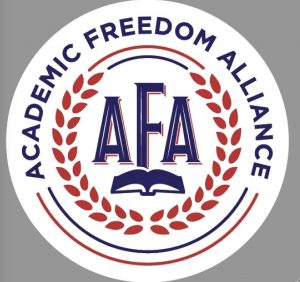 Alliance, which has a mission to help college educators “speak, instruct, and publish without fear of sanction, bullying, punishment, or persecution.”

Launched March 8, the nonprofit organization arose out of discussions among some Princeton University faculty members over how to counter what they see as growing intolerance of differing viewpoints. They plan to serve as advocates for those they believe have been unjustly attacked, and to provide money for legal support if needed. Members will pay an annual fee of $50 if they are tenured professors; $35 for others; the alliance also is seeking donations.

“We were looking for a way to foster a national conversation about these kinds of issues,” says Princeton’s Keith E. Whittington, who chairs the alliance’s academic committee. 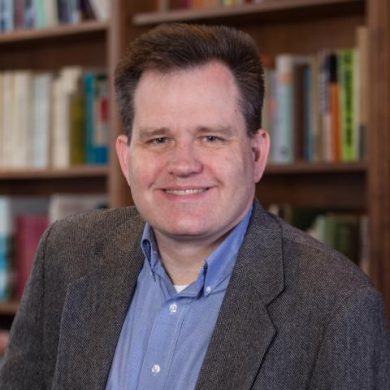 Prof. Keith Whittington (Princeton University)
Members range politically from Harvard University’s Cornel West, a Bernie Sanders supporter, to retired Vanderbilt University professor Carol Swain, a backer of former President Donald Trump. Others in the alliance include the constitutional scholar Sanford Levinson, based at the University of Texas School of Law; the award-winning novelist Charles Johnson, a professor emeritus at the University of Washington; and Nadine Strossen, the former president of the ACLU and a professor emerita at New York Law School. 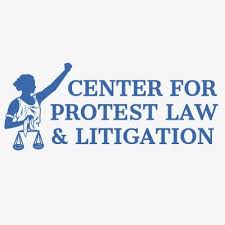 The Center for Protest Law and Litigation is a recently launched project of the Partnership for Civil Justice Fund. The Center is demanding:

that police and government officials at the site of the Line 3 pipeline expansion in Aitkin County, MN and the City of Palisade immediately cease efforts to obstruct and stop an event scheduled for Saturday, February 6 on local public parkland consisting of peaceful free speech, educational and religious activities intended to provide information to the public about just transitions for a sustainable future and the extreme dangers the pipeline poses to the community.

Local officials have illegally and unconstitutionally sought to “deny” access to the public park and have directly threatened and retaliated against the organizers of the event, who include Winona LaDuke, an Anishinaabekwe (Ojibwe) enrolled member of the Mississippi Band Anishinaabe; Tania Aubid, a resident of Aitkin County, and a member of the Mille Lacs Band of Ojibwe; Gaylene Spolarich, a resident of Palisade, and a member of Turtle Mountain Band as well as former City Clerk for Palisade; and Shania Matteson, a non-Indigenous resident of Palisade.

The letter (linked here) to the Aitkin County’s Sheriff and Land Commissioner, and Palisade’s Mayor and City Clerk, from CPLL’s director, constitutional rights lawyer Mara Verheyden-Hilliard, states: “Basic First Amendment rights are being deprived at the whim and direction of entities and officials, armed with the power of the state, serving essentially as private security of a private corporation [Enbridge] whose profit interests lie in suppressing and demonizing opposition to their activities – including suppressing educational events that can impact the public’s understanding of their dangerous pipeline.”

Winona LaDuke stated: “More and more people are waking up to the centuries of violence and repression that native people have endured at the hands of corporations and the state. As more people stand with us for the water and our treaty rights, we see law enforcement working hand-in-hand with corporations to suppress that dissent and malign our movements.”

For millions of Americans, the brutal death of George Floyd at the hands of Minneapolis police reinforced long-held suspicions about racial bias in the United States’ police departments. This month, the trial for the officer filmed with his knee on Floyd’s neck will begin, putting the spotlight again on the legal system’s handling of police killings of Black people. The press and public will be able to observe the trial — both in person and from their homes — and decide for themselves if the system they see is just and fair, thanks to the First Amendment’s promise of open courts.

The high-profile case has raised numerous First Amendment issues, including attempted gag orders, questions about public access to evidence in the case, and whether cameras would be allowed to expand public access, given public health considerations that restrict how many people can be in the courtroom.

DATE & TIME: Join First Amendment Watch and First Amendment Coalition for the next #FAWPublicForum conversation on March 24th at 2 p.m. ET about the importance of access to our courts, with a special focus on the George Floyd case.

The virtual event will correspond with the release of our next Teachers Guide on the right to access court proceedings and records. 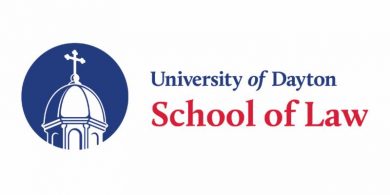 Pundits across the political spectrum agree in their denunciation of fake news. Banning it, however, raises serious constitutional and policy issues. Should the First Amendment protect:

• False statements from Russian bots disseminated to foment divisions and harm our democracy,

• Demonstrably false statements about public health such as “Masks don’t slow the spread of COVID,”

• False challenges to our electoral process such as “Georgia counted thousands of phony ballots”? 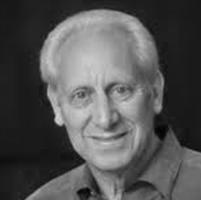 CLE: CLE of 1.5 credits in Ohio has been approved.

COST: Attendance is free, just register. And you’re encouraged to read this introduction along with the model state statute and leave a comment on the website about your views on whether banning fake news is good policy and constitutionally permissible. 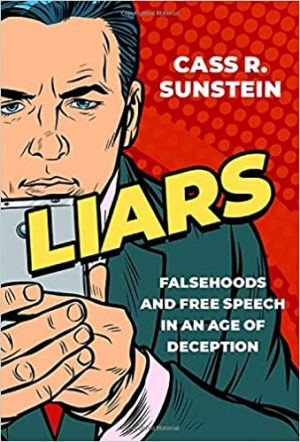 A powerful analysis of why lies and falsehoods spread so rapidly now, and how we can reform our laws and policies regarding speech to alleviate the problem.

Lying has been with us from time immemorial. Yet today is different-and in many respects worse. All over the world, people are circulating damaging lies, and these falsehoods are amplified as never before through powerful social media platforms that reach billions. Liars are saying that COVID-19 is a hoax. They are claiming that vaccines cause autism. They are lying about public officials and about people who aspire to high office. They are lying about their friends and neighbors. They are trying to sell products on the basis of untruths. Unfriendly governments, including Russia, are circulating lies in order to destabilize other nations, including the United Kingdom and the United States. In the face of those problems, the renowned legal scholar Cass Sunstein probes the fundamental question of how we can deter lies while also protecting freedom of speech.

To be sure, we cannot eliminate lying, nor should we try to do so. Sunstein shows why free societies must generally allow falsehoods and lies, which cannot and should not be excised from democratic debate. A main reason is that we cannot trust governments to make unbiased judgments about what counts as “fake news.” However, governments should have the power to regulate specific kinds of falsehoods: those that genuinely endanger health, safety, and the capacity of the public to govern itself. Sunstein also suggests that private institutions, such as Facebook and Twitter, have a great deal of room to stop the spread of falsehoods, and they should be exercising their authority far more than they are now doing. As Sunstein contends, we are allowing far too many lies, including those that both threaten public health and undermine the foundations of democracy itself. 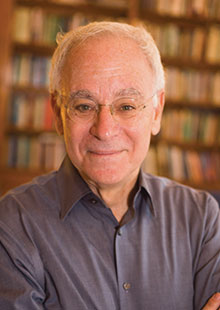 First Amendment doctrine disfavoring compelled speech originated in 1943 in the classic case of West Virginia State Board of Education v. Barnette. There are good and convincing explanations for the Court’s decision in Barnette, but the Court’s recent expansion of the doctrine has culminated in National Institute of Family & Life Advocates [“NIFLA”] v. Becerra in the assertion that compelled speech is in most instances “content-based” regulation requiring heightened judicial scrutiny.

Using examples ranging from professional malpractice to compulsory tax returns, this article argues that the doctrinal rule of NIFLA is demonstrably incorrect. It suggests that the doctrinal category of “compelled speech” may itself be confused insofar as it imagines that all legal obligations to communicate are constitutionally disfavored. Courts should scrutinize instances of compelled speech as necessary to protect threatened constitutional values, but the presence of these values will vary depending upon social context.

Courts must therefore learn to read the geography of our social landscape, and the article offers some hints for how this might be done. Applying these insights to NIFLA, the article argues that the outcome of the case actually depended upon preconscious and undefended suppositions about social context. If constitutional decisions like NIFLA are to be made persuasive, such suppositions must be made explicit and justified.