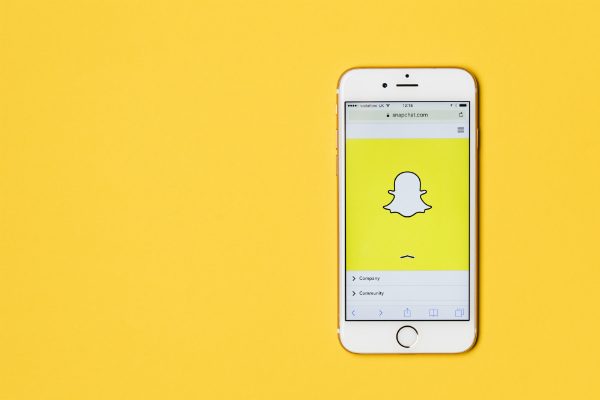 The domain of public school authority has long been largely confined to the physical province of the school itself. Of course, state statutory allowances have been made for off-campus school-sponsored events such as football games or educational visits to museums and the like. As long as physicality was the conceptual touchstone, the peaceful divide between school authority and parental authority remained largely undisturbed. Thus, if Johnny said something quite mean, and even vulgar, to Mary at a private summer camp, discipline was left to the camp counselors and/or to the child’s parents, which often was far more severe than anything a school might do if it had authority.

On the technological and cultural side, enter the internet, smartphones, and social media. On the educational and legal side, enter Mahanoy Area School District v. B.L. — the recent Supreme Court case of an incensed cheerleader raising her third finger and dropping the “F-bomb” on Snapchat while off-campus. Quite apart from deciphering the open-ended meaning of Justice Breyer’s “three features” of off-campus speech that generally diminish schools’ regulatory interests, or the categorical imperative of the Third Circuit’s majority opinion (“We hold today that Tinker does not apply to off-campus speech”), there remains a pressing question: How are K-12 school officials to regulate student expression in the social media sphere? That is, crimes, bullying, harassment, and threats (however defined) aside, is there now one set of rules for on-campus student expression and another for off-campus expression?

1: Consider this: Statutorily-granted authority notwithstanding, when does a “student” stop being a student for purposes of a school’s exercise of any in loco parentis authority it may claim? For example, let’s say that Jane bullied Billy at a birthday party and was over-the-top mean to him to the point that he broke down in tears. Thanks to other students at the party, word of the off-campus party got back to the principal of Jane’s middle school. Can Jane be disciplined on the grounds that if she had done the same thing at school, she could be punished? After all, other students were present and news of Jane’s bullying and meanness spread quickly throughout the school. Any claim of school authority here would seem, and justifiably so, beyond the pale. But what if the same thing occurred at the party but was recorded and posted on Snapchat?

2: Or what about this? A group of boys are at a mall and delighting in bad-mouthing their math teacher; they mention him by name. As boys will do, they say all sorts of awful things, even to the point of questioning his “masculinity.” Unknown to the others, one of the boys records all this on his phone and then posts it on social media. Fate being what it always is for schoolboys, the principal finds out. What legal recourse does the principle have? Can she discipline the boy who posted it? What about the boys who said the awful things or those who cheered them on? Would the situation be different if it had not been recorded and not posted on the internet? If the boys’ speech was defamatory but off-campus and thereafter posted on social media, does New York Times Co. v. Sullivan (1964) apply since a teacher is a government official? Or is there a special rule for off-campus student expression on social media?

3: Or what if the playful but vulgar “I know a man who is firm” student on-campus speech in Bethel School District No. 403 v. Fraser (1986) had been spoken off-campus at a bowling alley with other students present? In loco parentis school authority? Clearly not. What if it had been posted on social media?

Justice Breyer’s fluid “three features” test along with Justice Alito’s presumptive skepticism analysis (“courts should be ‘skeptical’ about the constitutionality of the regulation of off-premises speech”), along with Justice Thomas’ own take on originalism and the in loco parentis doctrine, are of little conceptual help when it comes to the relevance of the medium of the message.

On the one hand, Justice Breyer declared that “a school, in relation to off-campus speech, will rarely stand in loco parentis.” Note the word rarely. On the other hand, he also stressed that “the school itself has an interest in protecting a student’s unpopular expression, especially when the expression takes place off campus.” Note the word especially. So, what is the conceptual distance between “rarely” and “especially”? And how is that calculation affected by the means used to communicate any off-campus messages?

Here is Justice Breyer’s answer: “Given the many different kinds of off-campus speech, the different potential school-related and circumstance-specific justifications, and the differing extent to which those justifications may call for First Amendment leeway, we can, as a general matter, say little more than this: Taken together, these three features of much off-campus speech mean that the leeway the First Amendment grants to schools in light of their special characteristics is diminished.”

Let us not be oblivious to the technologically obvious: smartphones and social media expand the reach of expression; they circulate messages instantaneously, and they do all of this in ways that are difficult or impossible to erase either from platforms or phones. These technologies bring the outside world inside to the world of the school. And then there is this: In these post-COVID times, the internet has taken the classroom into the living room (what if Randy told his sister to “fuck off” during one of his Zoom classes?).

These are digital days. The medium pours into the beaker of every aspect of our lives and it colors everything in them — this is especially true for young people whose fingers and eyes are appended to their smartphones and whose rendezvouses are often on social media. Black-robed appellate judges (even those who are a “young” 49) are not typically savvy when it comes to ever-emerging communication technologies.

In the adult world, and as Robert Corn-Revere reminded me, First Amendment cases such as Reno v. ACLU (1997), Ashcroft v. American Civil Liberties Union (2004), and Packingham v. North Carolina (2017) all buttressed speech freedom in the internet context. In the young adults world, however, the Court has been far more accommodating of governmental in loco parentis-like authority as exemplified by United States v. American Library Association (2003). Thus, the question: when it comes to off-campus social media student speech, should expression by way of modern communication technologies prompt greater or lesser governmental intrusion into young people’s lives? And why?

Living in a wired world

Justice Stephen Breyer was born in 1938; that’s before the first commercially accessible television broadcast was revealed to the public. Rotary phones did not become widely used before the mid-1950s. It was not until the mid-1960s that color TV sets became popular in many American homes. And then came the technological miracle: ARPANET (circa 1969) heralded the birth of the internet. That was the world of Breyer’s formative years and in the ones that followed before he was sworn in as a Supreme Court Justice in the last century (1994).

One final point: As every schoolchild knows, we live in a wired world. How long it will be before school officials, lawmakers, and (most of all) Supreme Court Justices come to understand the ramifications of that reality is another matter.