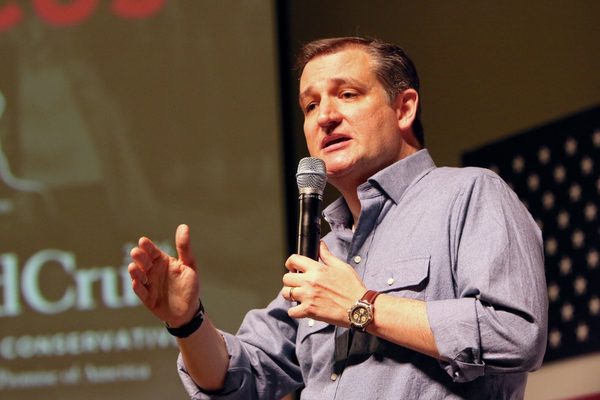 Next term, the Supreme Court will face yet another campaign finance case: Federal Election Commission v. Ted Cruz for Senate. The First Amendment issue raised in the Cruz case is whether the Bipartisan Campaign Reform Act’s loan-repayment limit violates the Free Speech Clause of the First Amendment. 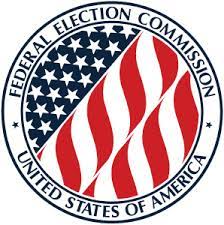 The day before the general election, Senator Cruz lent his committee $260,000—$10,000 more than the maximum amount that BCRA’s loan-repayment provision allows to be repaid with post-election contributions. App., infra, 8a. After the election, the committee had approximately $2.2 million in cash on hand. The committee could have used those pre-election funds to repay Senator Cruz in whole or in part, but it chose not to do so within the 20-day deadline set by FEC regulations. If the committee had used pre-election contributions to repay Senator Cruz $10,000 within that 20-day window, it could lawfully have used post-election funds to repay the remaining $250,000.

The committee then repaid Senator Cruz $250,000. But because the committee had purposefully waited until 20 days had elapsed, it could not repay the remaining $10,000. Appellees have stipulated that “the sole and exclusive motivation behind Senator Cruz’ actions in making the 2018 loan and the commit- tee’s actions in waiting to repay them was to establish the factual basis for this challenge.” 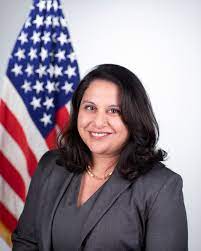 Per a BCRA provision, a three-judge district court heard the First Amendment challenge to the repayment requirement. After dismissing the government’s challenge to Cruz’s standing, it held that the loan-repayment limit burdened the exercise of political speech. In its 31-page ruling the court explained that the limit “burdens candidates who wish to make . . . personal loans” to their campaigns by “constrain[ing] the repayment options available to the candidate.” It went on to rule that as a result of the limit a candidate could be “inhibited from making a personal loan . . . out of concern that she will be left holding the bag on any unpaid campaign debt.”

“Because the government has failed to demonstrate that the loan-repayment limit serves an interest in preventing quid pro quo corruption, or that the limit is sufficiently tailored to serve this purpose, the loan repayment limit runs afoul of the First Amendment,” wrote D.C. Court of Appeals Judge Neomi Rao. Thereafter the government appealed. In addition to its Article III standing challenges, the counsel for the government, Elizabeth Prelogar, made the following arguments: 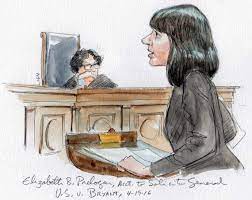 For three reasons, the use of post-election contributions to repay personal loans creates a heightened risk of actual and apparent quid pro quo corruption. First, money that repays a personal loan after an election effectively goes into the candidate’s pocket. A payment that adds to a candidate’s personal wealth (and that can accordingly be used for personal purposes) poses a greater threat of quid pro quo corruption than a payment that merely adds to a campaign’s treasury (and that can accordingly be used only for campaign purposes). Common sense suggests, for example, that the risk of corruption is greater when an officeholder receives $2900 that he can use to pay down his mortgage than when he receives $2900 that his campaign can use to pay for more placards. . .

Second, a donor who contributes money before an election does not yet know whether the recipient of the contribution will prevail, but a donor who contributes after an election does. In other words, the donor can know (rather than merely hope) that the recipient will be in a position to do him official favors. That markedly increases the risk that the contribution is (or will appear to the public to be) part of a quid pro quo arrangement.

Volokh: ‘When Government Urges Private Entities to Restrict Others’ Speech’

Some thoughtful points made by Eugene Volokh over at The Volokh Conspiracy: 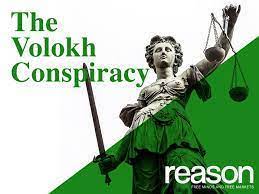 Jen Psaki’s comments about the government “flagging problematic posts for Facebook” raises the issue; so does Donald Trump’s lawsuit against social media platforms, based on government statements that allegedly coerced those platforms.

Say the government urges various intermediaries—bookstores, billboard companies, payment processors, social media platforms—to stop carrying certain speech. The government isn’t prosecuting them or suing them, just asking them. (This is in the news both with regard to the Biden Administration “flagging problematic posts for Facebook that spread disinformation” and Donald Trump’s lawsuits against Facebook, Twitter, and YouTube, to the extent they claim government officials’ speech pressured those platforms into blocking him.) Is such government-urging constitutional? 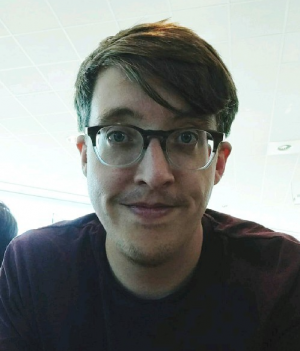 New York Times v. Sullivan, the landmark Supreme Court case that helped shape our understanding of the First Amendment, is under attack. Twice now in opinions accompanying orders relating to certiorari, Clarence Thomas and, more recently, Neil Gorsuch have drawn into doubt the rule recognized in that case: that public official libel plaintiffs must plead and ultimately prove that a defendant published knowing the defamatory statement was false or with a high degree of awareness that it probably was. They either want to throw this “actual malice” rule out altogether or reexamine its implications and, potentially, prune it back. While some of these attacks are focused on more pragmatic concerns, a central attack, shared by both Thomas and Gorsuch, is that Sullivan is ahistorical and thus divorced from an original understanding of the First Amendment at the time of the Founding or the Reconstruction. Many commentators have seemingly accepted this assessment uncritically.

This article challenges that view. It marshals substantial historical evidence that rebuts several of the justices’ specific historical arguments. More fundamentally though, through marshaling this evidence, it demonstrates that far from adopting the English common law of libel in the early United States, the Founders, federal and state legislatures, courts, and parties in litigation adopted a uniquely American understanding of freedom of the press – one where the severe rules of the English common law of libel were rejected so that citizens in a newly formed republican government could freely debate the conduct of those with power over the affairs of society. 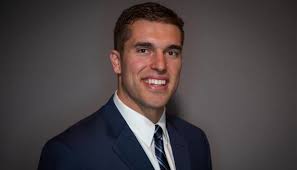 Two wrongs don’t make a right, but can two rights make a wrong? With public-figure defamation actions, the answer is sometimes “yes.” To protect the right to freedom of speech, the Supreme Court held in New York Times v. Sullivan that public officials who sue for defamation must prove that defendants acted with “actual malice.”

On its own, the Sullivan standard is almost impossible to satisfy. But in many states, the true standard for public-figure defamation suits has become even tougher. Seeking to protect the right to petition, many state legislatures have enacted statutes targeting so-called “strategic lawsuits against public participation” (SLAPP)—suits filed in retaliation for the exercise of First Amendment rights. These statutes permit defendants who claim they were sued for their First Amendment activities to make “anti-SLAPP” motions early in the litigation. To prevent dismissal of their claims, plaintiffs then must show—before discovery—a probability of success on the merits. Whatever these statutes’ utility in ordinary litigation, they saddle public-figure defamation plaintiffs with an almost-comical catch-22: to survive an anti-SLAPP motion and obtain discovery, plaintiffs must demonstrate that defendants likely acted with actual malice. But because “actual malice” refers to the defendant’s mental state, it often requires discovery to prove.

By trapping plaintiffs in this dilemma, anti-SLAPP double-counts defendants’ rights and creates an anti-plaintiff super-standard. This synergy of Sullivan and anti-SLAPP has led to an undesirable underenforcement of defamation law. Despite Sullivan and anti-SLAPP’s intended goals, their union immunizes defamatory speech unrelated to the search for “political truth” or the “marketplace of ideas.” 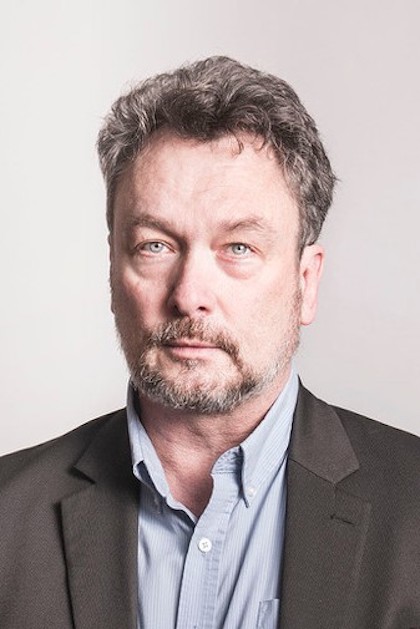 It’s Not Free Speech considers the ideal of academic freedom in the wake of the activism inspired by outrageous police brutality, white supremacy, and the #MeToo movement. Arguing that academic freedom must be rigorously distinguished from freedom of speech, Michael Bérubé and Jennifer Ruth take aim at explicit defenses of colonialism and theories of white supremacy—theories that have no intellectual legitimacy whatsoever. Approaching this question from two angles—one, the question of when a professor’s intramural or extramural speech calls into question his or her fitness to serve, and two, the question of how to manage the simmering tension between the academic freedom of faculty and the anti-discrimination initiatives of campus offices of diversity, equity, and inclusion—they argue that the democracy-destroying potential of social media makes it very difficult to uphold the traditional liberal view that the best remedy for hate speech is more speech. 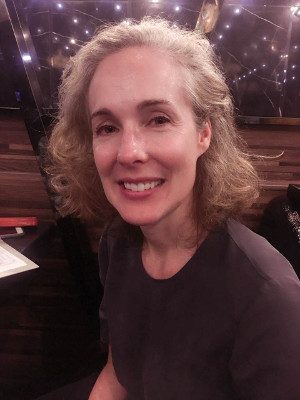 In recent years, those with traditional liberal ideals have had very limited effectiveness in responding to the resurgence of white supremacism in American life. It is time, Bérubé and Ruth write, to ask whether that resurgence requires us to rethink the parameters and practices of academic freedom. Touching as well on contingent faculty, whose speech is often inadequately protected, It’s Not Free Speech insists that we reimagine shared governance to augment both academic freedom and antidiscrimination initiatives on campuses. Faculty across the nation can develop protocols that account for both the new realities—from the rise of social media to the decline of tenure—and the old realities of long-standing inequities and abuses that the classic liberal conception of academic freedom did nothing to address. This book will resonate for anyone who has followed debates over #MeToo, Black Lives Matter, Critical Race Theory, and “cancel culture”; more specifically, it should have a major impact on many facets of academic life, from the classroom to faculty senates to the office of the general counsel.

Forthcoming book: ‘How Google, Facebook, and Amazon threaten our democracy’ 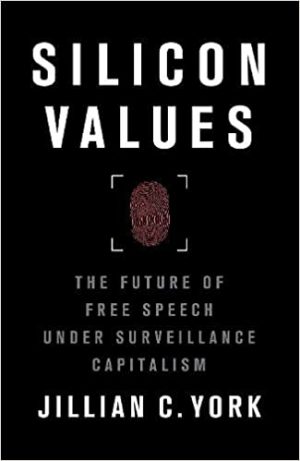 In Silicon Values, leading campaigner Jillian York, looks at how our rights have become increasingly undermined by the major corporations’ desire to harvest our personal data and turn it into profit. She also looks at how governments have used the same technology to monitor citizens and threatened our ability to communicate. As a result our daily lives, and private thoughts, are being policed in an unprecedented manner. Who decides the difference between political debate and hate speech? How does this impact on our identity, our ability to create communities, and to protest? Who regulates the censors? In response to this threat to our democracy, York proposes a user-powered movement against the platforms that demands change and a new form of ownership over our own data.