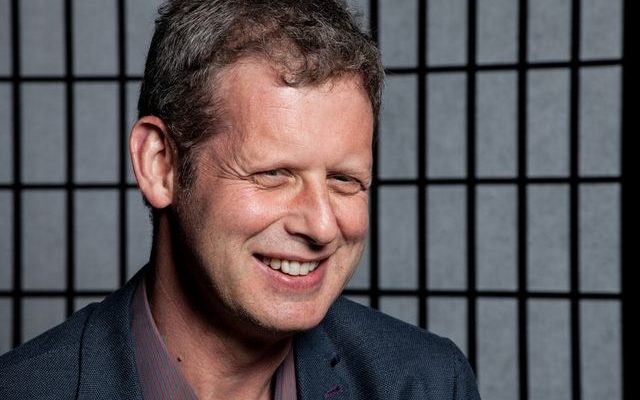 More than a quarter-century ago the Yale Law Journal published an article by Eugene Volokh entitled “Cheap Speech and What It Will Do.” Here is how that prophetic article began:

It’s easier for the rich to speak than it is for the poor. It’s also easier to speak if what you’re saying, or singing or drawing, has mass appeal. Publishers will only invest in a product if the expected returns exceed the expected costs. If your work lacks a wide audience, publishers may be hard to find; and even if you can get a small publisher to back you, distributors may be unwilling to let you use their scarce shelf space. Getting access to nation-wide radio and TV is harder still. People with unorthodox tastes lose out, and even those in the mainstream suffer when potentially interesting work isn’t produced because of (rational) predictions that it won’t be a hit.

Many have pointed to these problems-the bias in favor of speech of the rich, or of speech endorsed by the rich, and the relative blandness of much mass media.’ The perfect “marketplace of ideas” is one where all ideas, not just the popular or well-funded ones, are accessible to all. To the extent this ideal isn’t achieved, the promise of the First Amendment is only imperfectly realized. And some suggest that because current First Amendment doctrine is premised on an open-market metaphor that isn’t valid, the law should be adapted to this brutal reality.

My thesis is that (1) these two problems are directly linked to the fact that speaking today is expensive; (2) new information technologies, especially the “information superhighway” or “infobahn, ‘ will dramatically reduce the costs of distributing speech; and, therefore, (3) the new media order that these technologies will bring will be much more democratic and diverse than the environment we see now. Cheap speech will mean that far more speakers-rich and poor, popular and not, banal and avant-garde-will be able to make their work available to all.

Now, the editors of the UC Davis Law Journal have seen fit to dedicate a print symposium to “Cheap Speech” and its meanings in a more modern world. (The symposium is introduced by way of an unrelated prefatory dissent (but also see here)). The contributors and their respective articles are listed below: 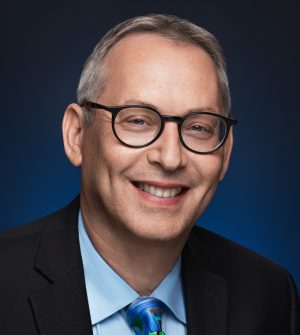 What can be done consistent with the First Amendment to ensure that American voters can make informed election decisions and hold free elections amid a flood of virally spread disinformation and the collapse of local news reporting? How should American society counter the actions of people like former President Donald J. Trump, who used social media to convince millions of his followers to doubt the integrity of U.S. elections and helped foment a violent insurrection? What can we do to minimize disinformation campaigns aimed at suppressing voter turnout?

With piercing insight into the current debates over free speech, censorship, and Big Tech’s responsibilities, Richard L. Hasen proposes legal and social measures to restore Americans’ access to reliable information on which democracy depends. In an era when quack Covid treatments and bizarre QAnon theories have entered mainstream, this book explains how to assure both freedom of ideas and a commitment to truth.

The Tenth Circuit ruled that three-part of the Kansas Farm Animal and Field Crop and Research Facilities Protection Act violated free speech. The ruling enjoins the government from enforcing those provisions.

The case, Animal Legal Defense Fund v. Kelly, tests three part of the Act, which, as a general matter criminalizes certain actions directed at an animal facility without effective consent of the owner of the facility and with intent to damage the enterprise of the facility. ALDF sued, arguing that the Act violated free speech, because ALDF investigators sometimes lie about their association with ALDF in order to get jobs at the facilities under cover, and would therefore violate the Act.

The Tenth Circuit agreed. . . . The court ruled that [portions of the Act] were viewpoint-based restrictions on speech (because they each require the “intent to damage the enterprise,” as opposed, for example, to laud the enterprise), and subject to strict scrutiny.

Have you ever wondered why, despite strong First Amendment protections, students and professors still get punished for exercising their free speech on American campuses? The answer is the doctrine of qualified immunity, and it is time for courts to restrain that doctrine.

Qualified immunity was invented to protect public employees from being unfairly sued for doing their job in good faith. It was intended to be applied in situations where a government employee such as a police officer has to make a split-second decision and couldn’t be expected to know they were violating the law when they acted. In a sense, qualified immunity is the name we’ve chosen for the grace we grant public officials for unintentionally wrong decisions that otherwise would merit discipline, termination or damages paid to victims of violations of constitutional rights.

But campus administrators are not generally in situations like our hypothetical officer. Most are, in fact, in positions not unlike a judge, with ample time, staff expertise and opportunity to reflect on the constitutional implications of their decisions. And yet, qualified immunity is consistently invoked to protect those decisions, no matter how transparently unconstitutional.

Forthcoming book on the ‘primacy’ of free speech

A bold, groundbreaking argument by a world-renowned expert that unless we treat free speech as the fundamental human right, there can be no others. 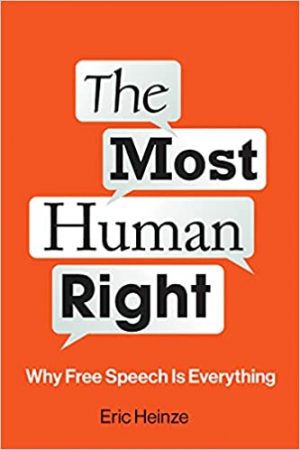 What are human rights? Are they laid out definitively in the UN’s Universal Declaration of Human Rights or the US Bill of Rights? Are they items on a checklist—dignity, justice, progress, standard of living, health care, housing? In The Most Human Right, Eric Heinze explains why global human rights systems have failed. International organizations constantly report on how governments manage human goods, such as fair trials, humane conditions of detention, healthcare, or housing. But to appease autocratic regimes, experts have ignored the primacy of free speech. Heinze argues that goods become rights only when citizens can claim them publicly and fearlessly: free speech is the fundamental right, without which the very concept of a “right” makes no sense.

Heinze argues that throughout history countless systems of justice have promised human goods. What, then, makes human rights different? What must human rights have that other systems have lacked? Heinze revisits the origins of the concept, exploring what it means for a nation to protect human rights, and what a citizen needs in order to pursue them. He explains how free speech distinguishes human rights from other ideas about justice, past and present.

In this volume of the World Citizen Comics series, Ian Rosenberg and Mike Cavallaro create a practical framework for appreciating where our free speech protections have come from and how they may develop in the future. 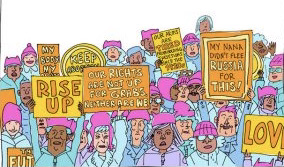 Freedom of speech is fiercely defended in America and has been since the First Amendment was written. But how does it work, and what laws shape it? Drawing on parallels between ten seminal Supreme Court cases and current events, Free Speech Handbook lays out the fundamentals of First Amendment law in an accessible and engaging way.

Chapter 1: The Women’s March and the Marketplace of Ideas

Chapter 2: Take a Knee and the Pledge of Allegiance

Chapter 4: Student Speech from the Vietnam War to the National School Walkout

Chapter 5: Stormy Daniels, Prior Restraint, and the Pentagon Papers

Chapter 6: Flipping off the President and Fuck the Draft

Chapter 8: Saturday Night Live, Hustler, and the Power of Parody

Chpater 9: Nazi in Charlottesville, Funeral Protests, and Speakers We Hate

Chapter 10: Social Media, Public Parks, and the “Vast Democratic Forums of the Internet” 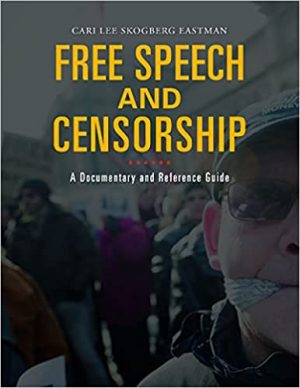 The United States’ collective understanding of First Amendment freedoms was formed by more than 200 years of tensions between the power of the word and the power of the government. During that time, major laws and legal decisions defined the circumstances and degree to which personal expression could be rightfully expressed―and rightfully limited.

This struggle to define the parameters of free speech continues today. Vibrant and passionate debates about First Amendment limitations once inspired by the dissemination of birth control information now address such issues as kneeling during the national anthem, removing controversial books from public libraries, attempts by the Trump administration to muzzle the press, and disseminating false or hateful information through social media platforms. By exploring diverse examples of censorship victories and triumphs of free expression, readers will better understand the enormous impact of First Amendment freedoms on American society.

Podcast: So to Speak — Samantha Barbas on Morris Ernst and free speech

View So to Speak episodes here.

Hollywood’s Motion Picture Production Code, popularly referred to as the Hays Code, loomed over films in every stage of movie production from 1934 to 1968. Scripts were reviewed and altered. Actors and filmmakers were forced to redo entire scenes. Editors were asked to cut dialogue and scenes from films. Music was changed. Ultimately, directors had to be cognizant of the censors at all times. 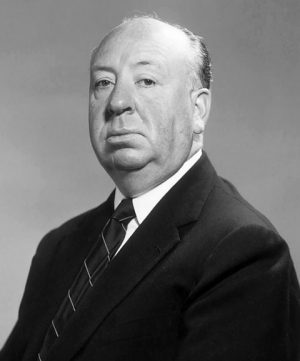 In this episode of So to Speak: The Free Speech Podcast, we interview three prominent guests to track the history of film censorship and the eventual demise of the Hays Code.

Laura Wittern-Keller is a professor in the History department at the University at Albany and author of several books on film censorship, including “Freedom of the Screen: Legal Challenges to State Film Censorship, 1915-1981” and “The Miracle Case: Film Censorship and the Supreme Court.”

Bob Corn-Revere, partner at Davis Wright Tremaine, is a frequent guest on the show. His forthcoming book “The Mind of the Censor and the Eye of the Beholder: The First Amendment and the Censor’s Dilemma,” is due out in October.