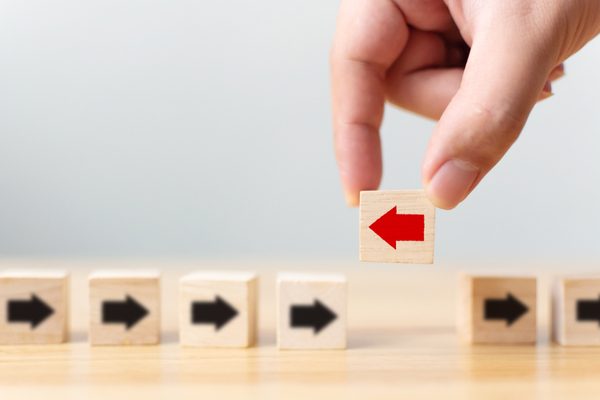 It’s happening yet again: With ever-increasing frequency, we’re witnessing sanctimonious dissent of the cost-free type. True, it’s animated, bold, opinionated, and always self-assured of the world’s need to hear its voice. And it’s everywhere, from college campuses to cable TV talk shows. Though couched as dissent, it finds safety in numbers. While cost-free dissent (CFD) touts the values of diversity in the public sphere, it often seeks to silence those voices opposed to it. So what are we to make of CFD?

“It is dissent that preaches to the converted: E.g., in past times a Victorian morality railing against the ‘sins of sex’ to other Victorian types.”

A cautionary note at the outset: The reflections that follow are about the culture of free speech rather than about the law of free speech. Certain forms of CFD may be valueless or even highly hypocritical, and yet our system of free expression protects them. No quarrel there. But merely because speech is protected does not thereby render it worthwhile or immune from criticism. That’s part of the value of counter-speech.

To be sure, there is CFD that does not fall into this duplicitous category — e.g., signing a petition to Congress or speaking out against actual injustice even if doing so might not place one in any jeopardy. All right. But that is not the CFD I wish to call out.

CFD can afford to be bold if only because it need not be courageous. Its very modus operandi is premised on being risk-free — legally, socially, and personally. It is dissent that preaches to the converted: E.g., in past times a Victorian morality railing against the “sins of sex” to other Victorian types. But as the risk of dissent increases, CFD leaves the scene for safe grounds since its real aim (as opposed to its stated or imaginary one) is to curry favor among its own group. “Look at me,” it implicitly proclaims, “and the righteous stand I’m taking.” CFD is thus more about vanity than valor.

Answer: Because real freedom carries real risks with it. That is why we fear it. Much of the same thought was expressed in late December of 1776 when Thomas Paine, the quintessential dissenter, wrote of “the summer soldier and the sunshine patriot” — the ones who in times of crisis “shrink from the service of their country.” His point: dissent takes on its truest meaning in crisis when there is a genuine risk at stake. In its more vibrant forms, as David Skover and I noted in “On Dissent” (2013), dissent entails some actual possibility of adverse consequences. Speaking truth to power, after all, can have its price. That is why authentic dissent is valued: One steps up and assumes the risk.

CFD frequently forsakes nuance for audacity. It is hypersensitive to the point of absurdity. It loves to be outraged. A mere whiff of anything that is even remotely or vaguely inconsistent with a cause it purportedly champions is grounds enough for righteous condemnation. In their illusory battle between good and evil, these sunshine soldiers want to go on record as fighting against whatever offends their irreproachable sensibilities.

Those who champion CFD keep their comfortable day jobs and savor the safety of their positions without doing the hard work (intellectual, political, and personal) demanded of anyone genuinely committed to social change. Ironically, sometimes they go so far as to take verbal arms against those who have dedicated a lifetime to preserving the very values cost-free dissidents so smugly espouse.

When confronted with their own hypocrisy and mediocrity, the CFD crowd claims “foul” — how dare anyone criticize them! To do so is portrayed as oppressive, censorial, or prejudiced. Playing the victim, after all, further inflates their already bloated sense of themselves. It equates their CFD with martyrdom.

Simply because CFD is often of little value does not mean it lacks the ability to do real harm to people’s lives and reputations — they know how to throw the blade! The “Self-Righteous Squad” needs to claim victory at any cost, even if truth (or nuance) is lost in the process.

Such CFD is vapid, misdirected, overblown, self-aggrandizing, fanatical, or all of the above. While it may have its fleeting moment in the First Amendment arena, it is nonetheless unworthy of our respect. It delights in shadow boxing while the real combat is elsewhere, at a safe and faraway distance.