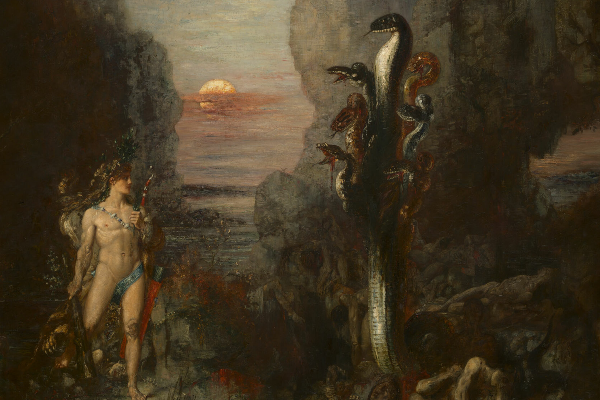 Allowing states to resort to Texas-types of procedural games to circumvent protections for our constitutional rights sets a dangerous precedent. The danger is even more acute when it comes to the First Amendment, because expressive rights, as the Court has recognized, are particularly vulnerable to the chilling effect. Just imagine the number of potential speakers who could be deterred from speaking, publishing, or protesting if doing so made them vulnerable to these types of lawsuits from anyone who disagreed with their message.

When the Supreme Court took to its shadow docket to let stand an insidious Texas anti-abortion law, it set in motion the possibility of states or municipalities using such laws to ban a host of other constitutional rights, including free expression rights guaranteed by the First and Fourteenth Amendments.

As Ilya Somin over at The Volokh Conspiracy aptly put it:

Blue states could also use the same approach to get around the Supreme Court’s First Amendment rulings on campaign finance, such as the Citizens United decision. Simply authorize any resident of the state to file a lawsuit against anyone who spends more than X dollars on campaign-related ads, and allow successful plaintiffs to claim $10,000 in damages for every $1000 of “excessive” spending on political advertising they uncover. If the SB 8 gambit works, conservatives might yet rue the day they set this dangerous precedent. 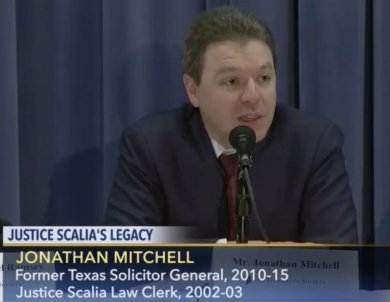 According to The Washington Post, “the ban was shaped by the writings of Austin-based attorney Jonathan F. Mitchell, who guided state lawmakers based on an approach he first outlined in a 2018 Virginia Law Review article.” Of course, people of all political stripes stand to suffer from the perilous precedent created by the Texas law. If Mr. Mitchell’s ideas were applied in the First Amendment context, then a state could effectively outlaw or prevent:

The list could, of course, go on and on. While Attorney General Merrick Garland has vowed to use the 1994 Freedom of Access to Clinic Entrances Act to prevent the enforcement of the Texas law, and while Professor Laurence Tribe has underscored the importance of Section 242 of the federal criminal code and the All Writs Act to do likewise, there remains doubt as to whether such measures, among others, will suffice to end the dangers posed by copycat laws in the free speech context.

In an upcoming event, the Texas chapter of the Federalist Society will host a panel entitled “Texas v. United States.”  Those participating in the event are:

Eight Circuit strikes down ban on photographing children in parks

The Foundation for Individual Rights in Education (FIRE) released a report on August 31st highlighting a growing pattern of university students and outside groups calling for schools to punish professors for statements they made on sensitive political issues. FIRE’s study showed that the number of targeting incidents against professors has risen precipitously since 2015.

“The goal of this ongoing project is to provide scholars and journalists with a comprehensive picture of how these targeting incidents — a form of attempted censorship — occur on campus,” the report’s authors write.

In 2015, the organization documented 24 incidents of universities being asked to investigate, censor, or fire a professor for their speech. By 2020, that number had risen to 113.

The majority of these campaigns resulted in sanctions against the professor. Of the 426 “targeting incidents” FIRE documented, roughly three-quarters of cases (314 or 74%) of them resulted in some kind of punishment.

Over the weekend, I heard on NPR’s broadcast of the WNYC podcast On the Media what is probably the worst extended defense of what they might think of as “enlightened” censorship I have heard in ages. As a lifelong fan of NPR, I could hardly believe what I was hearing, as the guests used shallow arguments to knock down strawman versions of arguments for freedom of speech, with no pushback from the hosts or any attempt to include the insight of any experts on the pro-free speech side.

Based on the piece that ran on NPR, it’s clear that profound misunderstandings of free speech are common, and a “back-to-basics” approach to education on free speech is needed. Back in May, I published a list of “Answers to 12 Bad Anti-Free Speech Arguments” with our friends over at Areo. To my surprise, the response to the piece was tremendous. Last week (before the piece on NPR and just coincidentally), the great Nadine Strossen — former president of the ACLU from 1991 to 2008, and one of the greatest experts on freedom of speech alive today — offered to provide her own answers to some important misconceptions about freedom of speech. This will be the first part of the series of answers from Nadine on key misconceptions about freedom of speech, and, when applicable, followed by my answers from Areo.

Assertion 1: Free speech was created under the false notion that words and violence are distinct, but we now know that certain speech is more akin to violence. 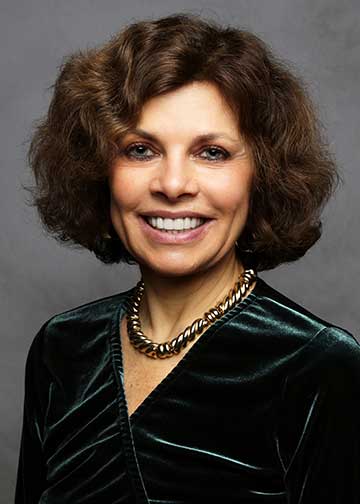 Nadine Strossen: Physical violence directly and inevitably causes at least some physical harm, as well as associated psychic harm. Words may indeed have the same harmful potential. Unlike physical violence, though, speech can influence listeners only through their intermediating perceptions, reactions, and actions, and only as one of countless other factors that also have potential influence. For this reason, hurling words at someone is materially different from hurling the proverbial “sticks and stones.” Sticks and stones directly cause harm, through their own force, but words at most can potentially contribute to harm; whether particular words actually do cause harm depends on how individual listeners perceive and respond to them, which in turn is influenced by the listeners’ personalities and circumstances, including innumerable other factors that also potentially influence their psyches and behavior. . . . 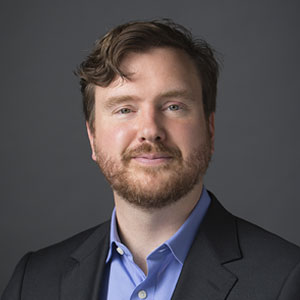 On campus, I often run into people — not only students, but professors — who seem to think they’re the first to notice that the speech/violence distinction is a social construct. They conclude that this means it’s an arbitrary distinction — and that, since it’s arbitrary, the line can be put where they please. (Conveniently, they draw the line based on their personal views: If it’s speech that they happen to hate, then it just might be violence.)

Ironically, the whole point of freedom of speech, from its beginning, has been to enable people to sort things out without resorting to violence. 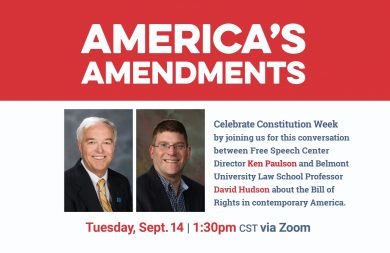 Our liberties, enshrined in the Bill of Rights, are almost 230 years old. How well do they still serve us today?

A Zoom conversation on Tuesday, Sept. 14, will highlight the vital importance of the Bill of Rights in a celebration of Constitution Week. The event will be at 1:30 p.m. CST.

“Professor Hudson’s readable, accessible book is designed for students and any American who wants a working understanding of our fundamental freedoms,” Paulson said.

The book is published by the Free Speech Center’s First Amendment Press. Anyone joining the Zoom conversation on Sept. 14 will receive a free e-book edition of Hudson’s book.

Register in advance for the Zoom program here.