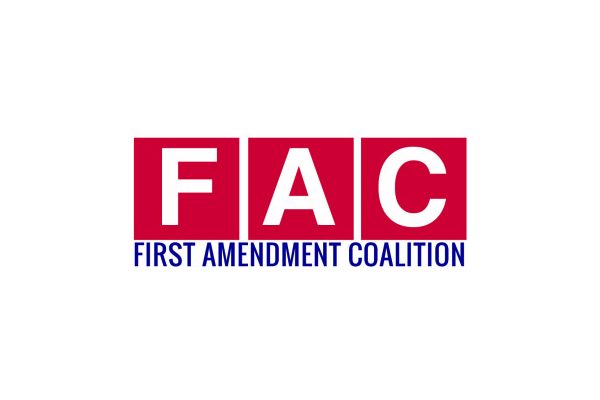 In 2018, California passed a law that expanded its public records provisions. Section 832.7 of that law amends the Penal Code providing, apart from certain exceptions, that:

[T]he following peace officer or custodial officer personnel records and records maintained by any state or local agency shall not be confidential and shall be made available for public inspection pursuant to the California Public Records Act (Chapter 3.5 (commencing with Section 6250) of Division 7 of Title 1 of the Government Code):

In response to that new law, a statewide reporting collaboration (tagged the “California Reporting Project”) was formed. The groups in the coalition include the Southern California News Group, the Los Angeles Times, KQED, KPPC, The Press Democrat, The Sacramento Bee, and other McClatchy papers, and the Investigative Reporting Program at UC Berkeley, among others.

As reported in The Mercury News: 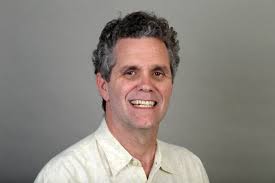 The news organizations’ work is intended to expose rogue police officers and — in some cases — the extent to which their behavior has been tolerated by agencies sworn to uphold laws and protect the public.

“California residents have been waiting decades for information about how effectively cops do their jobs — and who the bad apples are,” said Bert Robinson, the Bay Area News Group’s managing editor/content. “This coalition will get that information out far more quickly than any news organization working on its own. Ultimately, it will help the police do their jobs better, and help reinforce the community trust that the many good officers in California deserve,” Robinson said.

The First Amendment Coalition is pleased to announce the California Reporting Project is the recipient of the 2019 Free Speech & Open Government Award, given in recognition of the project’s groundbreaking statewide campaign to bring to light records of police misconduct.

The United States District Court for the Southern District of Iowa issued a preliminary injunction, blocking Iowa officials from enforcing a new ag-gag law that would criminalize reporters and activists from going undercover to document the conditions at meat processing plants, livestock facilities, and puppy mills.

“Although this court seriously considers the public’s interest in seeing the enforcement of criminal laws, defendants have done little to show that (SF519) responds to ongoing issues of public concern unrelated to the suppression of free speech,” U.S. District Court Judge James Gritzner wrote. “By contrast, the public benefits from people and organizations exercising First Amendment rights and education the public about important issues relating to animal abuse and safety at agricultural production facilities.”

Ilya Shapiro and Dennis Garcia’s op-ed titled “Are Government Efforts To Lower Drug Prices Violating The First Amendment?” in The National Interest (Nov. 24, 2019, originally in Cato at Liberty) is excerpted below: 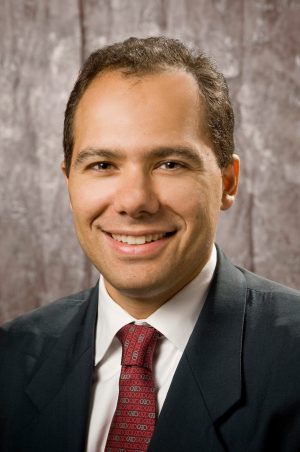 Pharmaceutical companies rely on direct-to-consumer advertisements to reach potential customers and extol the benefits of their medications. This type of “commercial speech” enjoys protection under the First Amendment, though not to the same degree as other forms of expression. Merck v. HHS tests the limits of the federal government’s ability to control and compel commercial speech.

Several drug manufacturers and a professional organization of advertisers, whose businesses are affected by a Department of Health and Human Services rule requiring direct-to-consumer television ads to include a disclosure of the wholesale price of the advertised drugs, sued to block the rule. This rule was promulgated through the Centers for Medicare and Medicaid Services and justified under the power given HHS by the Social Security Act to issue rules “necessary to the efficient administration” of those programs—on the theory that the disclosures would result in lower prices for Medicare and Medicaid recipients. This regulation requires the wholesale acquisition cost of a 30-day supply of any advertised drug to be featured on any TV ad. 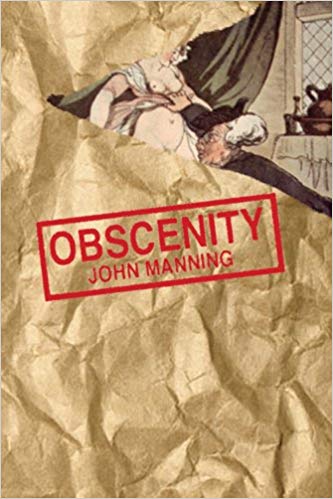 What is obscenity? In 1997, the U.S. Supreme Court defined it as anything prurient in nature, devoid of scientific, political, educational, or social value, and in violation of local community standards. Thirty years earlier, Justice Potter Stewart came up with his own memorable definition: “I know it when I see it.”

No matter what you consider obscene—Lady Chatterley’s Lover or Janet Jackson’s “wardrobe malfunction”—the profane has formed part of the tapestry of our culture since its beginnings. Now John Manningtakes a closer look at our fascination with obscenity through the works of some of the greatest writers and artists of all time, from Aristophanes to Shakespeare to Hogarth. Obscenity reveals how such works can be both deliberatively offensive and brilliantly inventive, displaying uncommon erudition and wild, childish exuberance.

Despite the best efforts of lobbying groups, religious organizations, and Supreme Court justices, obscenity continues to flourish. Obscenity is an intriguing examination of the art behind the offensive, in all its lewd and alluring forms.

Zick, Corn-Revere, & Strossen on the First Amendment in the Trump Era 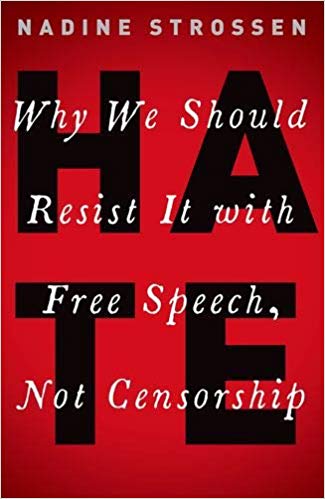 The updated paperback edition of HATE dispels misunderstandings plaguing our perennial debates about “hate speech vs. free speech,” showing that the First Amendment approach promotes free speech and democracy, equality, and societal harmony. As “hate speech” has no generally accepted definition, we hear many incorrect assumptions that it is either absolutely unprotected or absolutely protected from censorship. Rather, U.S. law allows government to punish hateful or discriminatory speech in specific contexts when it directly causes imminent serious harm. Yet, government may not punish such speech solely because its message is disfavored, disturbing, or vaguely feared to possibly contribute to some future harm. “Hate speech” censorship proponents stress the potential harms such speech might further: discrimination, violence, and psychic injuries. However, there has been little analysis of whether censorship effectively counters the feared injuries. Citing evidence from many countries, this book shows that “hate speech” are at best ineffective and at worst counterproductive. Therefore, prominent social justice advocates worldwide maintain that the best way to resist hate and promote equality is not censorship, but rather, vigorous “counterspeech” and activism.

Snowden Back in the News 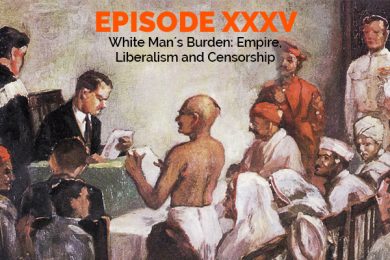 [W]e’ll see how British and French colonial authorities struggled to reconcile their commitment to liberalism with colonial empire and:

This from Rahul Truter over at FIRE:

Attention all high school juniors and seniors: The year is quickly coming to an end, and so is the opportunity to win FIRE’s Free Speech Essay Contest! Our contest is still up and running with just four weeks left to enter. The contest ends at midnight on December 31, 2019, so it’s time to finally check this important task off your end-of-year to-do list!

If you are a high school student who firmly believes that the fundamental rights protected by our First Amendment are worth fighting for, we encourage you to make your case in an essay. If you’re looking for some inspiration, check out some stellar winning essays from prior contests.

This year’s question asks students to read our new free speech comic, “Finding Your Voice.” In 700-900 words, we want you to explain how the First Amendment’s guarantee of freedom of speech can help students develop more informed opinions. This year’s winners will be announced by January 31, 2020. We will be awarding $20,000 in scholarship prizes, with $10,000 going to the top essay writer.

A good tip for writing a winning essay is to familiarize yourself with FIRE’s website, the ongoing battles we fight for free expression on campus, and the reasons why we believe that First Amendment rights are so important for college students. We look forward to reading your essay submission!