Last month, 128 people came to FIRE when their rights were in jeopardy. 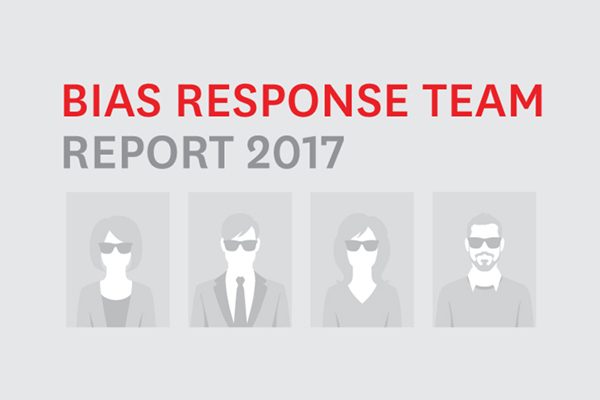 BRTs encourage students to formally report on one another and on faculty members whenever they subjectively perceive that someone’s speech is “biased.” FIRE’s 2017 Bias Response Team Report identified 232 public and private American colleges and universities that publicly maintained bias response programs during the course of 2016, affecting an estimated 2.8 million students. 182 of these institutions are also featured in FIRE’s Spotlight database of campus speech codes.

“Inviting students to report a broad range of speech to campus authorities casts a chilling pall over free speech rights,” said FIRE Senior Program Officer and Investigative Reporter Adam Steinbaugh. “Bias response teams solicit reports of a wide range of constitutionally protected speech, including speech about politics and social issues. These sometimes-anonymous bias reports can result in interventions by conflict-wary administrators who then provide ‘education,’ often in the form of a verbal reprimand, or even explicit punishment.”

Of the 232 institutions surveyed in FIRE’s report, 167 identify the officials or offices that receive and review reports of offensive speech. The majority of these institutions’ BRTs include student conduct administrators, but a shocking 42 percent list law enforcement personnel among their BRT members: in other words, literal speech police.

Last summer, the University of Northern Colorado made headlines after a student submitted a bias incident report about a professor’s in-class discussion encouraging students to consider opposing viewpoints as well as an article on the subject co-authored by FIRE President and CEO Greg Lukianoff. An administrator then warned the professor that further discussion of controversial subjects in class would invite more aggressive investigation.

“Colleges may rightly take action against a wide variety of conduct,” said Steinbaugh. “But in asking students to report incidents of pure, protected speech simply because someone claims he or she found it offensive, colleges are sending the destructive message that the way for students to handle speech they don’t like is not by challenging it in the marketplace of ideas, but by reporting it to authorities.”

FIRE’s 2017 Bias Response Team Report can be read in full on FIRE’s website or in a PDF format.

To learn more about trends in campus speech codes, read FIRE’s recently released Spotlight on Speech Codes 2017: The State of Free Speech on Our Nation’s Campuses.