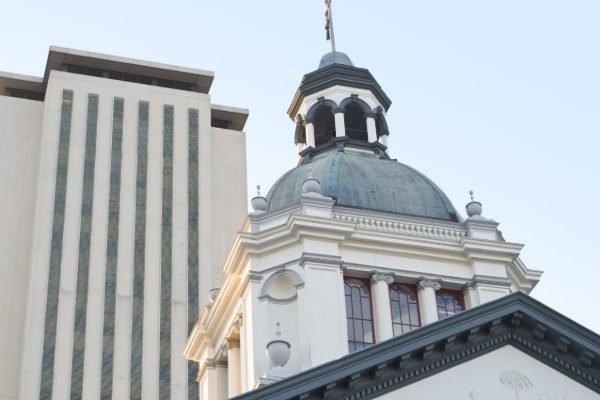 On April 15, Florida Gov. Ron DeSantis held a press conference to announce an agreement with the state’s 12 public universities and 28 state colleges to adopt a free speech resolution modeled on the “Report of the Committee on Freedom of Expression” at the University of Chicago.

The announcement was an important victory for students, faculty, and civil libertarians. The “Chicago Statement” represents an ideal framework for institutions of higher education to navigate offensive, dissenting, or simply unpopular speech.

Chief among the principles embodied in the Chicago Statement is the declaration that “debate or deliberation may not be suppressed because the ideas put forth are thought by some or even by most members of our communities to be offensive, unwise, or immoral.” The statement explains that students and faculty must respond to those ideas “not by seeking to suppress speech, but by openly and vigorously contesting the ideas they oppose.” Institutions that instead stifle difficult conversations about controversial issues undermine the pursuit of truth—a central purpose of higher education.

While Florida’s landmark, across-the-board plan to adopt the Chicago Statement is impressive, lawmakers in Florida may soon put it to the test. Legislation to address anti-Semitism on campus sent to the Governor yesterday starkly contradicts the Chicago Statement and violates the First Amendment by targeting protected political speech related to the Israel-Palestine conflict. The bill passed the Florida House of Representatives on April 11 and was approved by the Florida Senate yesterday.

The bill’s intentions are laudable, but its consequences for free speech would be dire.

The legislation states that anti-Semitism is “a certain perception of the Jewish people, which may be expressed as hatred toward Jewish people, rhetorical and physical manifestations of anti-Semitism directed toward a person, his or her property, or toward Jewish community institutions or religious facilities.” This vague prohibition will chill political debate because it forces speakers (and the administrators tasked with enforcement) to guess at the definition’s boundaries. What exactly qualifies as a “certain perception of the Jewish people” subject to punishment?

The bill provides examples of speech it deems anti-Semitic—for example, applying “double standards” to Israel’s behavior, or comparing “Israeli policy to that of the Nazis.”

But these examples are protected under the First Amendment, which does not have a  “double standard” exception. If hypocrisy was exempted from the First Amendment, protections for political speech would be illusory. Comparing Israeli policy—or the policies of any country for that matter—to Nazi policy is similarly protected, whether the comparisons are valid and persuasive or not.

The bill’s problem isn’t only that it uses an overbroad definition of anti-Semitism. Defining the term at all is unhelpful. Historically, our state and federal laws ban discrimination on the basis of protected classes like race, ethnicity, gender, religion, and disability. Courts are then tasked with analyzing the facts of individual cases to determine whether conduct is discriminatory, and thus unlawful.

Our laws do not define or provide examples for terms like racism, sexism, or anti-Semitism because doing so would open a Pandora’s box of political considerations into the judicial process. For example, is it racist to support affirmative action or to oppose it? That line should not be drawn by whoever is in the majority in the legislature at a particular time.

Institutions must protect students from unlawful anti-Semitic harassment. But a statute that violates the First Amendment and will likely be struck down by the courts isn’t the answer. If signed into law, HB 741 threatens to immediately undo the progress made throughout the state to promote free speech on campus.