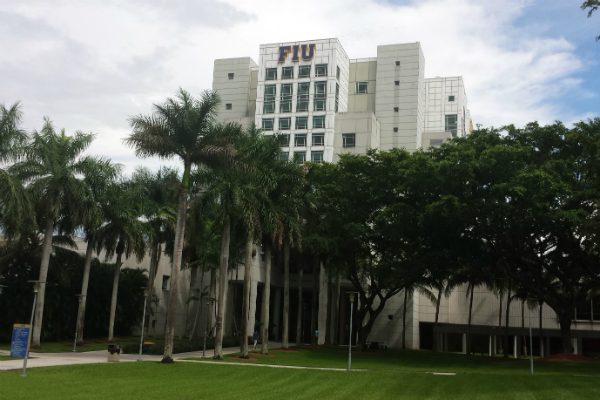 PantherNOW, the student newspaper at Florida International University, announced in an Aug. 29 column that it would no longer cover FIU Football after the university allegedly denied the paper a press pass to cover the season. PantherNOW editors reported that their credentials were restored 12 minutes after the column was published, and FIU says it never denied credentials to the newspaper’s staff. PantherNOW has resumed coverage of FIU Football, according to an article by the Student Press Law Center.

Regardless of when FIU granted credentials to PantherNOW, the situation highlights a deeper issue: The FIU policy on “Athletic Media Relations,” which states that credentials “may be revoked at any time without cause,” is inconsistent with the university’s constitutional obligations. On Friday, we explained as much in a letter to FIU, which was joined by Society of Professional Journalists Regional Coordinator Michael Koretzky, Society of Professional Journalists Florida Pro Chapter President Emily Bloch, and SPLC Executive Director Hadar Harris.

In the column, PantherNOW said its access to FIU football was curtailed after it reported that running back Shawndarrius Phillips continued to play while an active warrant was out for his arrest for felony domestic battery. As the SPLC reports, PantherNOW sports editor Dalton Tevlin explained that the paper “just couldn’t get any access to the team, whatsoever” after the article on Phillips ran last April.

Assuming this allegation is true — which FIU Assistant Director for Athletic Communications Tyson Rodgers denies — this would be a clear instance of retaliation against student journalists for critical coverage. Disconcertingly, it would also be fully in compliance with FIU’s policy.

The First Amendment requires press credentials only be revoked or denied for “compelling” reasons, and those reasons can’t be based on content or viewpoint, such as coverage the university finds unflattering.

Press credential policies of state entities, including state universities, must also comply with certain Fifth Amendment due process requirements. First, the policy must include a description of the standard that is used to determine whether a reporter will receive a press pass. Second, when a journalist is denied credentials, the university must provide the journalist with notice of the reasons for the denial, and offer an opportunity for the journalist to respond. Third, if the university chooses to uphold the denial, it must provide a final written notice to the reporter.

It’s not clear FIU does any of that, and its written policy does not require it to do so.

FIU’s policy provides no standard for press pass eligibility, and it does not describe the process FIU follows when denying or revoking credentials. Under this policy, journalists — including student journalists — find themselves at the mercy of the whim of administrators who may disapprove of critical coverage. The lack of a clear and constitutionally compliant policy also sets up FIU for future allegations of improper press pass denial, like it faced in the recent situation with PantherNOW. In other words, even if FIU’s conduct here was completely above board, it didn’t have the benefit of a clear, constitutional policy to rely on to defend itself.

As our letter, below, explains, FIU must revise its media relations policy to conform with the Constitution and must clarify that it will not deny credentials to student journalists in retaliation for their coverage. We would be happy to help FIU develop a new press pass policy.