FIRE > Newsdesk > Top Story > Five years of the ‘Chicago Statement’: What have we learned? Part 1 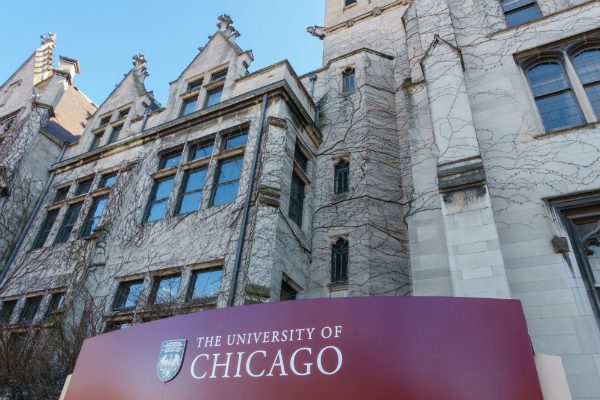 Editor’s Note: This is the first in a multi-part series reflecting on the impact of the “Report of the Committee on Freedom of Expression” at the University of Chicago (better known as the “Chicago Statement”), which was released in January 2015. Since then, FIRE has successfully advocated for colleges and universities across the nation to adopt the statement themselves in order to express their commitment to freedom of expression.

In 2014, the president of the University of Chicago appointed a committee of professors, notably chaired by law professor and First Amendment scholar Geoffrey Stone, to draft a statement “articulating the University’s overarching commitment to free, robust, and uninhibited debate and deliberation among all members of the University’s community.” The resulting statement of principles, released in early 2015, has since become commonplace at colleges and universities across the nation, and are at least partially responsible for UChicago’s growing reputation as “The Free-Speech University.”

Widely known as the Chicago Statement, the principles articulated by the committee have been recognized as the “gold standard” of institutional policy statements on freedom of expression and have been adopted by over 75 institutions, governing boards, and faculty bodies at colleges nationwide to date.

But this proliferation was not the committee’s original intention. In fact, the committee’s chair, professor Stone, expressed some amount of surprise when other institutions began adopting the principles, too. They were, after all, drafted in light of UChicago’s unique history with free speech, much of which is chronicled in the statement itself.

However, what’s resulted is a phenomenon where adoption of the Chicago Statement has become synonymous with branding a university as a “supporter of free speech.” Some institutions adopt the Chicago Statement with little editing (Mitch Daniels, president of early adopter Purdue University, said he “xeroxed” the principles when he saw them); others convened committees of their own to craft statements to reflect their own distinct campus communities (like Brandeis University and Colgate University both did in 2018).

In this series, we’ll explore the adoption trends, critiques of the statement, broader impact of the statement on institutions, and other themes FIRE has observed in the past five years of advocating for the Chicago Statement.

Since the launch of FIRE’s campaign in support of the Chicago Statement in 2015, we’ve emphasized that adoption of a free speech policy statement marks the start of a campus-wide conversation about free expression, not the end. Students, faculty, administrators, and other campus community members often have differing views about the topic of free speech in general, and more specifically, they nearly always disagree on how to improve their campus climate for debate and discussion. (And some don’t even think there is an addressable issue in the first place.) Over the past five years, we’ve seen these campus conversations play out in a number of different ways.

At Williams College, a faculty petition to adopt the Chicago Statement was met with intense student resistance in the spring of 2019. The student activists explained that they had “no interest in the ‘free speech debate’” and repeatedly stated that “free speech harms.” The episode turned into a months-long affair, with the administration getting involved to develop a report on “Inquiry and Inclusion” on campus, which ended up being a mixed-bag, revealing the administration’s concerning perspective on free speech. Ultimately, the faculty never voted on the petition to adopt the Chicago Statement.

Encouragingly, many institutions made the adoption process a true community effort. Gettysburg College, for example, adopted its version of the Chicago Statement after lively panel discussions and a year-long process of drafting and deliberation by students, faculty, and the administration. The final statement was affirmed by the student and faculty governing bodies and approved by the board of trustees – an impressive amount of community buy-in only replicated by three other institutions that FIRE is aware of: Brandeis University, Colgate University, and Utica College.

Most adoptions have fallen somewhere between these two extremes. Motivated by academic freedom concerns at their own institutions or in academia more broadly, adoptions by faculty governing bodies proliferated in the early years after the principles’ release. However, official adoptions — meaning an official announcement endorsing the principles by the college president or other high ranking administrators — outpace any other type (administrative or board governance) of Chicago Statement endorsement: 36 of the 78 current adoptions have taken this form. The most recent trend is adoption by boards of trustees: 5 of the 8 adoptions in 2020 were by an institution’s governing board.

We’ve also seen ample free speech-related programming at institutions that have adopted a version of the Chicago Statement: Arizona State University and Texas A&M University (both “green light” schools, in addition to having adopted the Chicago Statement) have gone a step further and utilized FIRE’s new freshman orientation program. Both offer plenty of additional online resources on free expression to their students (ASU’s here, and Texas A&M’s here). 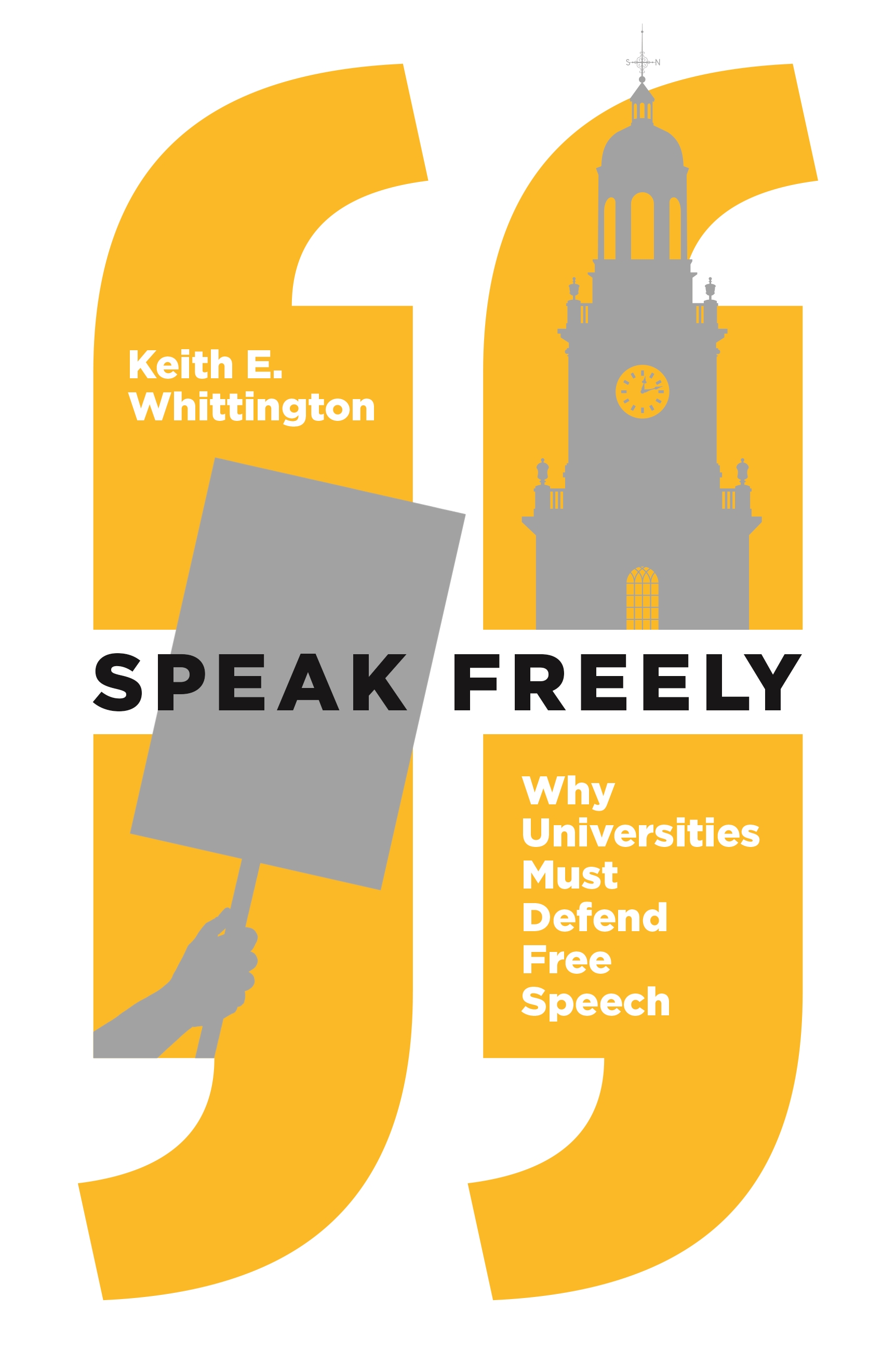 Other institutions, including UChicago itself, have hosted conferences on free expression and student roundtables on the topic. Princeton University even assigned Princeton Politics professor Keith Whittington’s “Speak Freely: Why Universities Must Defend Free Speech” as their summer pre-read.

Administratively-sponsored dialogue series covering topics such as diversity, freedom of speech, and civil discourse abound at many Chicago Statement institutions. Northern Illinois University has a Diversity Dialogue Series, Franklin and Marshall hosts an annual “Day of Dialogue,” and the University of Wisconsin – Stout has a “Free Speech Week,” among countless other institutional initiatives.

This is not to mention the numerous events organized by students and faculty, like the Free Speech and Civil Discourse conference organized by students and faculty at Kenyon College, and invitations to diverse speakers at many institutions. During this summer’s national unrest over police brutality and racial injustice, students at numerous Chicago Statement schools including the University of Montana, Ashland University, University of North Carolina -Chapel Hill, the University of Maryland, and Ohio University — to name just a few — organized peaceful protests to exercise their First Amendment rights, demonstrating the very best of our democracy.

Based on FIRE’s observations, institutions that adopt free speech policy statements tend to have more active discourse surrounding freedom of expression on campus. Importantly, many of these initiatives are driven by the administration, sending a signal to the entire university community that freedom of speech is not merely tolerated, but encouraged.

This is precisely the campus climate shift FIRE hoped would transpire when we launched our Chicago Statement campaign five years ago, and we’re encouraged by these examples from institutions across the country. Adoption of the Chicago Statement helped spur dialogue about free expression on these campuses, and we hope those conversations continue.

In the next installments of this series, we’ll explore some common critiques of the Chicago Statement, adoption trends, and the practical impact of adopting a free speech policy statement. Stay tuned for more in the coming weeks.