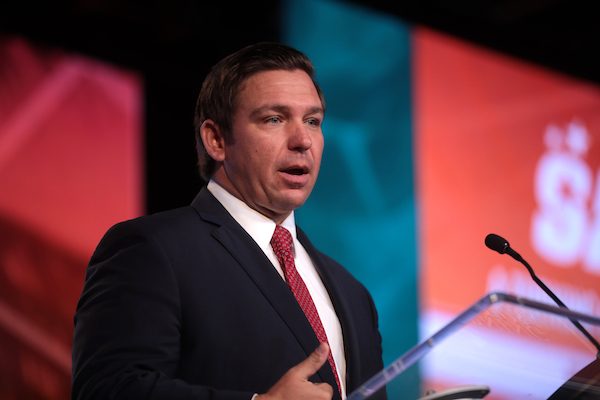 Recently, Florida Gov. Ron DeSantis signed HB 233, a bill that FIRE opposed because of provisions that authorized video and audio recording in all classrooms at public institutions of higher education throughout the state and also authorized litigation over those recordings. When a bill includes provisions that FIRE believes will lead to campus censorship, we oppose the legislation’s enactment, even if it includes other provisions we strongly support. So while we covered the concerns in detail that led us to oppose it when the bill was pending, we had not — until now — written in depth on some of the bill’s other provisions which FIRE is happy to see enacted.

The provision in the legislation that has drawn the most criticism is a section that directs the State Board of Education to:

require each Florida College System institution to conduct an annual assessment of the intellectual freedom and viewpoint diversity at that institution. The State Board of Education shall select or create an objective, nonpartisan, and statistically valid survey to be used by each institution which considers the extent to which competing ideas and perspectives are presented and members of the college community, including students, faculty, and staff, feel free to express their beliefs and viewpoints on campus and in the classroom.

As law professor Jonathan Adler pointed out, critics have misread this provision and raised misplaced concerns that the bill directs institutions to survey students and faculty on their beliefs. This is untrue. Rather, it demands statistically valid surveys into “the extent to which competing ideas and perspectives are presented and members of the college community, including students, faculty, and staff, feel free to express their beliefs and viewpoints on campus and in the classroom.” Although some people believe that professors are incapable in the classroom of fairly setting forth views that they reject due to personal biases, FIRE has always believed that many, if not most professors, do so routinely.

Moreover, organizations like the Knight Foundation, Heterodox Academy, and FIRE have conducted surveys to study the campus climate around free expression. The information produced by carefully crafted studies on this topic can be helpful for diagnosing potential areas for improvement. (While there is no reason to believe this will happen, should institutions in Florida use a poorly constructed survey instrument, fail to protect the anonymity of survey subjects, or use the survey process to weed out political dissent, FIRE will be quick to condemn those actions.) Data from every public institution in Florida could be very helpful in advancing free expression and academic freedom in the state.

Speaking of academic freedom, despite the threat posed to academic freedom by the bill’s provision on classroom recordings, the new act helpfully amends the list of expressive activities protected under state law to include “faculty research, lectures, writings, and commentary, whether published or unpublished.” This is a welcome addition to the good campus free speech statute enacted in 2018.

With the enactment of this bill, Florida joins Arizona, Arkansas, North Carolina, and North Dakota as the fifth state to enact campus due process legislation. The bill’s due process protections provide that an institution’s code of conduct must, at a minimum, provide students and student organizations facing discipline the right to:

These procedural safeguards will go a long way toward ensuring that campus proceedings are fair and reliable at Florida’s public colleges and universities. Less ideally, the bill also requires public institutions to use the low “preponderance of the evidence” standard rather than the more appropriate intermediate “clear and convincing” standard of evidence.

It’s also worth noting that the rights provided in this new state law apply to all students and student organizations, not merely accused students, so the protections in this bill protect student complainants as well.

Students will greatly benefit from the robust procedural protections provided by this legislation.

HB 233 contains provisions that will likely chill a great deal of student and faculty speech. Those concerns led FIRE to oppose the bill despite the provisions on campus free speech climate surveys, academic freedom, and due process that FIRE supports. While we celebrate the provisions highlighted above, we hope that in the next legislative session the state will revisit the provisions that will likely chill those who hold controversial views from sharing their thoughts in class. As always, any student or faculty member whose rights have been violated on account of the problematic provisions in the bill should contact us for assistance.