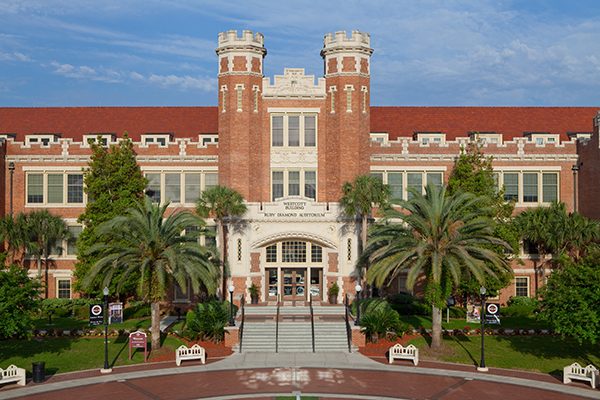 FIRE, a national campus free speech organization, rates more than 470 institutions nationwide to determine whether their policies restrict student speech that is protected by the First Amendment. Almost 90% of colleges maintain policies that restrict or chill protected expression.

The top, “green light” rating is held by only two other institutions in Florida, and just 54 nationwide.

SEE HOW MUCH FREE SPEECH OTHER FLORIDA INSTITUTIONS RESTRICT

“Universities that earn the highest rating have proven themselves to be national leaders when it comes to free speech on campus,” said Mary Zoeller, FIRE policy reform senior program officer. “Florida State’s active efforts to earn this designation mean it takes its commitments to free expression seriously. Unlike most institutions in Florida and around the country, Florida State’s policies do not restrict constitutionally protected speech.”

“Florida State University values every individual’s right to free speech and expression, and we believe that the ability to freely engage in the exchange of ideas is an integral part of a thriving campus community,” said Amy Hecht, vice president for student affairs. “Over the past year, FSU has diligently worked to revise its policies to better reflect the university’s commitment to open discussion, academic freedom and respect for differing opinions.”

On Florida State’s campus in April 2019, Gov. Ron DeSantis called on the state’s public colleges and universities to adopt a popular resolution protecting student free speech, commonly known as the “Chicago Statement.” Florida State is among 12 schools nationally that both earn a green light rating and have adopted a version of the Chicago Statement.

Public universities like Florida State are legally bound by the First Amendment to protect student free speech rights, while private institutions are bound by promises of free speech found in their official policies.