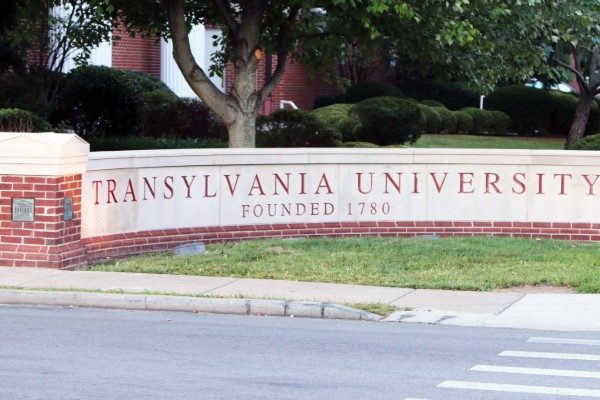 Back in May, FIRE wrote to Transylvania University in Kentucky to voice our concerns about the institution’s apparently selective enforcement of its restrictive policy governing student speech on campus. We asked the school to explain why some students were allowed to speak where others were not and noted that the best course of action would be to simply abandon its unnecessary and illiberal speech code altogether.

Transylvania sent us back an insubstantial, unserious response. In reply, we noted that (1) Transylvania hadn’t responded to our concerns and (2) that Transylvania’s actions are at odds with their accreditor’s requirements. The Southern Association of Colleges and Schools Commission on Colleges requires accredited institutions to ensure “the right of students to access opportunities for learning and for the open expression and exchange of ideas.”

In a formal grievance filed with the agency this week, a Transylvania student writes:

Given their standards, we hope SACSCOC will take student speech rights more seriously than Transylvania does.