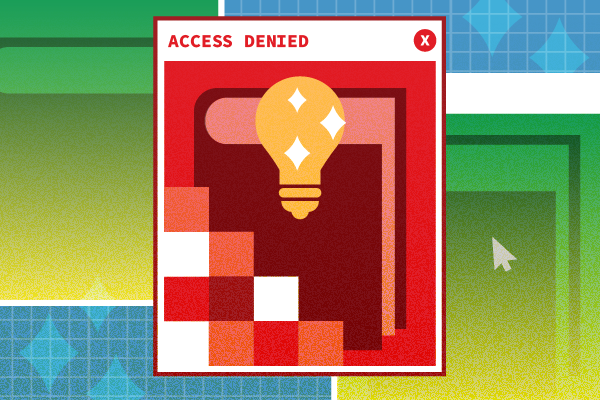 When the news broke that Salman Rushdie was attacked onstage in western New York, those sympathetic to the “Satanic Verses” author had two reactions: 1) I hope he’s going to be okay; and 2) I need to get my hands on that book.

The second reaction is evidenced by the fact that “The Satanic Verses,” originally published in 1988 — and not previously ranking in Amazon’s top 100 most-sold fiction books — climbed to number 8 the week following the attack. Some of the book sales can be chalked up to solidarity with the author, who fortunately survived the attack despite sustaining serious injuries. Just as many trace to a more primal source: human curiosity.

“[T]his is one of the few books I’ve read since my retirement nine years ago that was really WORK to read,” wrote one reviewer. “Nevertheless, I was compelled to buy it, because of its historical importance: I needed to see what it was that caused its author to receive a condemnation to death by a very highly placed religious source.”

Another top review reads: “Funny thing, if there had never been a fatwa on Mr. Rushdie in the first place, how many people do you suppose would have ever even heard of this book? Now a whole new generation will read it.”

In an interview about his famous painting, “The Son of Man,” twentieth-century conceptual artist Rene Magritte said, “Everything we see hides another thing. We always want to see what is hidden by what we see.” This enigmatic line reveals a paradoxical truth about human nature: We want access to that which is not readily accessible, to find “the truth behind the truth,” as a character from the hit anime show “Fullmetal Alchemist” puts it. Understanding this, it’s no surprise that attempts to silence Rushdie only increased people’s desire to experience his work.

This phenomenon, colloquially called “the Streisand effect,” is described by the American Psychological Association as “reactance,” and it emerges in response to a perceived threat to behavioral freedom: “[W]hen people feel coerced into a certain behavior, they will react against the coercion, often by demonstrating an increased preference for the behavior that is restrained, and may perform the behavior opposite to that desired.”

Every teenager instructed by a parent not to see an R-rated movie, “because I said so,” knows this impulse.

Testing boundaries and exploring the unknown is a natural part of individuation, the process by which people come to learn their own capabilities, limitations, and values.

But the reasons for this behavior extend beyond the pleasure of angst-fueled rebellion. Testing boundaries and exploring the unknown is a natural part of individuation, the process by which people come to learn their own capabilities, limitations, and values. Further — judging from one very rigorous study of my cat, Bo, who has a tendency to sit on the kitchen table, the one place he’s not allowed — it may even be an evolutionary advantage. Whether Bo is motivated to seek a higher vantage point, crumbs from last night’s dinner, or the attention — even if negative — he receives for his transgression, he seems to intuit that that the restricted place contains something important or useful to him.

Thus, the lesser-known second half of the “curiosity killed the cat” saying: “But satisfaction brought it back.” In other words, curiosity fulfilled equals knowledge increased. And as anyone who explores the “forbidden section” of the library knows, knowledge perceived as dangerous or challenging can also be vital for problem-solving and necessary for growth.

Censorship is damaging, even when it backfires

Regardless of why people seek what they are not supposed to find, would-be censors should think twice before trying to force-quit ideas they find disturbing, lest they inadvertently direct more attention toward that which they wish would quietly fade from memory, making martyrs out of those they’d like to silence. Those concerned about censorship, on the other hand, should be no less wary of it just because it sometimes backfires.

Censorship carried out by state or institutional actors can genuinely bar vast swaths of people from accessing important work. (Try buying “The Satanic Verses” in Iran.) And “soft” censorship in the form of public outrage and cancellation campaigns can create social stigma around a work that makes publishers more reluctant to publish, and sellers more reluctant to carry, it and works like it. As Alyssa Shotwell writes for The Mary Sue, “In many high-profile book censorship circumstances, lawmakers and administrators pull multiple books from the shelves or place them ‘under review.’ Many people only hear about the most recognized titles or sensational stories.”

Censorship has a tendency to shape-shift. Like the thing from “The Thing,” the more it consumes, the more forms it can take. The more momentum it gains, the more it engulfs.

This begs the question: For every sales spike of Rushdie’s “Satanic Verses” or Art Spiegelman’s “Maus,” how many works by emerging writers are denied publication for fear that they might provoke backlash or violence? And how many would-be creators preemptively silence themselves in the face of modern pressures, or in anticipation of a future narrowing of acceptable speech?

Such concerns cannot be dismissed as mere paranoia.

Censorship has a tendency to shape-shift. Like the thing from “The Thing,” the more it consumes, the more forms it can take. The more momentum it gains, the more it engulfs.

Bans that seek to pinpoint only the most contentious work have a way of becoming many-headed monsters, devouring works that most would agree are culturally significant. Take the recent decision of Texas’s Keller Independent School District to remove all books that were challenged within the district last year: The list includes Toni Morrison’s “The Bluest Eye,” a graphic novel adaptation of “The Diary of Anne Frank,” and even — ironically, since this review policy was spearheaded by conservatives — the Bible.

Cases like this show that when censorship wins, we all lose. They imply that, in most cases, people of all political persuasions would be better off coexisting with the “other side’s” media, unless they wish to see libraries reduced to collections of empty shelves.

To kill an idea

Of course, there’s nothing wrong with criticizing books — or any art form, for that matter — or with parents playing a role in defining what their young children are required to read at school (this differs from the school library debate) or what media they consume at home. But in general, and especially among adults, we should recognize that trying to eliminate anything with an edge is a fruitless — and ultimately futile — endeavor.

Fruitless, because it stifles the artistic expression that drives cultural dynamism. Futile, because, though norms ebb and flow and censorship may rise to meet them, bold ideas knocked down in one time and place have a tendency to pop up in another.

As Jacob Mchangama writes in “Free Speech: A History,” the Roman historian Tacitus put it this way, after senators ordered the burning of all books by his contemporary, Cordus:

Laughable, indeed, are the delusions of those who fancy that by the exercise of their ephemeral power, posterity can be defrauded of information. On the contrary, through persecution the reputation of the persecuted talent grows stronger.

Cordus’ Wikipedia page — itself evidence that the ancient historian is not forgotten — proves Tacitus’ words true. Cordus’ work was re-published not long after his death (thanks to the efforts of his daughter, by the Roman emperor Caligula) and his thought lived on in the work of the Stoic philosopher Seneca.

This goes to show that a culture with a deathgrip on speech will, no doubt, be artistically and intellectually poorer for it in the immediate term, and that is its own great loss. However, ideas are ephemeral things, and in the long arc of history, they cannot be crushed so easily. Fortunately, as writers like Rushdie know from experience, the human spirit is made of tougher stuff than that.